Home Arseblog, the arsenal blog A way back for Maitland-Niles? + Some brief Gnabry thoughts 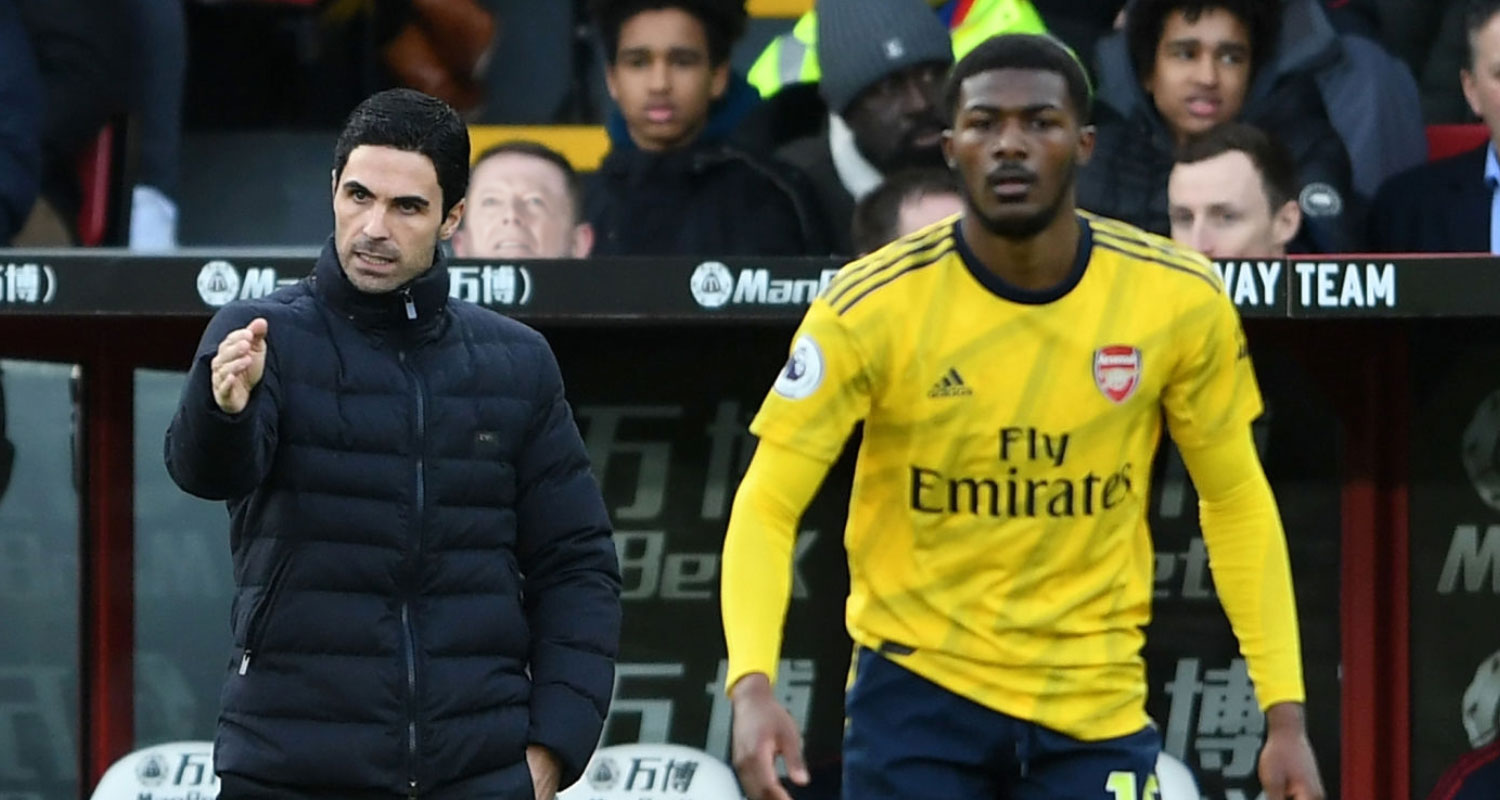 Yesterday was a remarkably quiet day for Arsenal news. I say this because normally after a good win like the one we saw on Sunday, stories trickle through the week until the build-up to the next game starts. Considering we have a Europa League Round of 32 second leg on Thursday, it’s a full-on week for us, so it’s a bit surprising how thin on the ground actual stories of any substance were (there’s always the clickbait but we don’t pay any attention to that).

Today will be busier, I’m sure, with open training ahead of the Olympiacos game and a press conference during which we’ll hear from Mikel Arteta. We’ve yet to get an update on Sead Kolasinac, and the left-back position is one which will give him plenty to think about if the Bosnia international is sidelined for any extended period of time. Kieran Tierney is still working his way back to fitness after a shoulder injury of his own, and as Sunday showed, as good as Bukayo Saka is – and make no mistake, he’s really good – he can’t play in every game between now and May.

He was left on the bench for Everton having played against Newcastle and in Europe last week, and Arteta intimated there were some physical reasons for that – beyond the fact that common sense tells you that you’ve got to be careful with an 18 year old anyway. He came on, set up the goal wonderfully for Eddie Nketiah, but his second half performance was one which unquestionably had the hallmarks of fatigue about it. His passing, his decisions, were just a little bit off, perhaps too his focus/concentration as he dealt with the heavy legs, and on another day he/we might have been more harshly punished.

This isn’t to be critical of him by the way, it’s just a fact. He looks a strong lad who is well developed physically, but he only turned 18 in September, and there are inherent dangers in overplaying someone of that age. So, if Kolasinac is out and Tierney is still some distance from his return – not to mention the full-back we loaned from Southampton who can play at left-back but still hasn’t recovered from his injury sufficiently to train fully yet – then it will require some decision making from Arteta.

One solution might be to use Granit Xhaka there. The manager has played Sokratis at right-back, and the Swiss international has filled in there before. However, I’d have reservations about it as his physical profile really doesn’t suit full back, and since Arteta took over he’s been an important player in midfield. Perhaps not as spectacular as others, but a vital cog in the machine which keeps things ticking, and while we do have midfield options, I’d be surprised if that was the way he went.

The obvious candidate for me is Ainsley Maitland-Niles. I’m making the assumption that Saka will play on Thursday before being rested for the FA Cup game on Monday night. That would give him over a week’s rest before West Ham visit the Emirates next Saturday, and I think the team we’ll play against Portsmouth will be a heavily rotated one.

Maitland-Niles has played there before, impressing during Arsene Wenger’s final season when he picked the then 20 year-old ahead of Kolasinac for key games, including one against Liverpool when he was tasked with facing Mo Salah. However, it’s hard not think there’s some issue with him at the moment, because he’s found himself very much on the periphery of the squad in recent weeks. There’s no report of an injury, so it’s not a fitness issue.

Having started the Premier League games against Bournemouth, Chelsea, Man Utd, Crystal Palace and Sheffield United – and playing pretty well in them – he’s barely been seen since. He was an 89th minute sub in the cup against Bournemouth and again against Olmypiacos last week, but played no part against Chelsea, Burnley, Newcastle, or Everton – and wasn’t in the squad for three of those four games. That we played Sokratis at right-back last week, and brought in a specialist right-back in January despite the fact he’d just picked up a knee ligament injury, doesn’t augur well for him right now.

I suspect there’s more to his situation than we’re aware of, but it’s fair to say that right now it doesn’t look great for him. He looks to be the first casualty of the new manager’s reign. Others, like Xhaka, Mustafi and even Ozil to an extent, have benefitted from Arteta’s arrival, whereas Maitland-Niles seems to have fallen by the wayside. Perhaps some games at left-back because of an injury crisis will provide him with a chance to change his situation. There’s always the possibility of redemption, as this season has demonstrated, so let’s see.

Finally for today, just a brief word on Serge Gnabry who was brilliant for Bayern Munich last night as they gave Chelsea a right spanking at Stamford Bridge. He scored twice, and it’s hard not to look at him and think he’s one that got away. I mean, he is, but I just wonder if a Serge Gnabry that had stayed at Arsenal would be the Serge Gnabry we’re seeing at Bayern right now.

The end-stages of Arsene Wenger’s time at the club were not great, let’s be honest, and few individuals – particularly young players – flourished in that time. Afterwards, Unai Emery ending up sucking the life out of the team, and we ended up in the mess we saw earlier this season which ended up with the Spaniard getting the sack. Would Gnabry have shone in those circumstances? Would he have been the player who made the difference, or a talent mired in the Arsenal quicksand? I very seriously doubt his career would be at the level it is if he’d stayed, and I doubt he’d be quite so coveted if that were the case.

In any event, if he keeps scoring for them against the likes of Chelsea and Sp*rs, we can enjoy him vicariously through the misery he keeps inflicting on other London clubs.