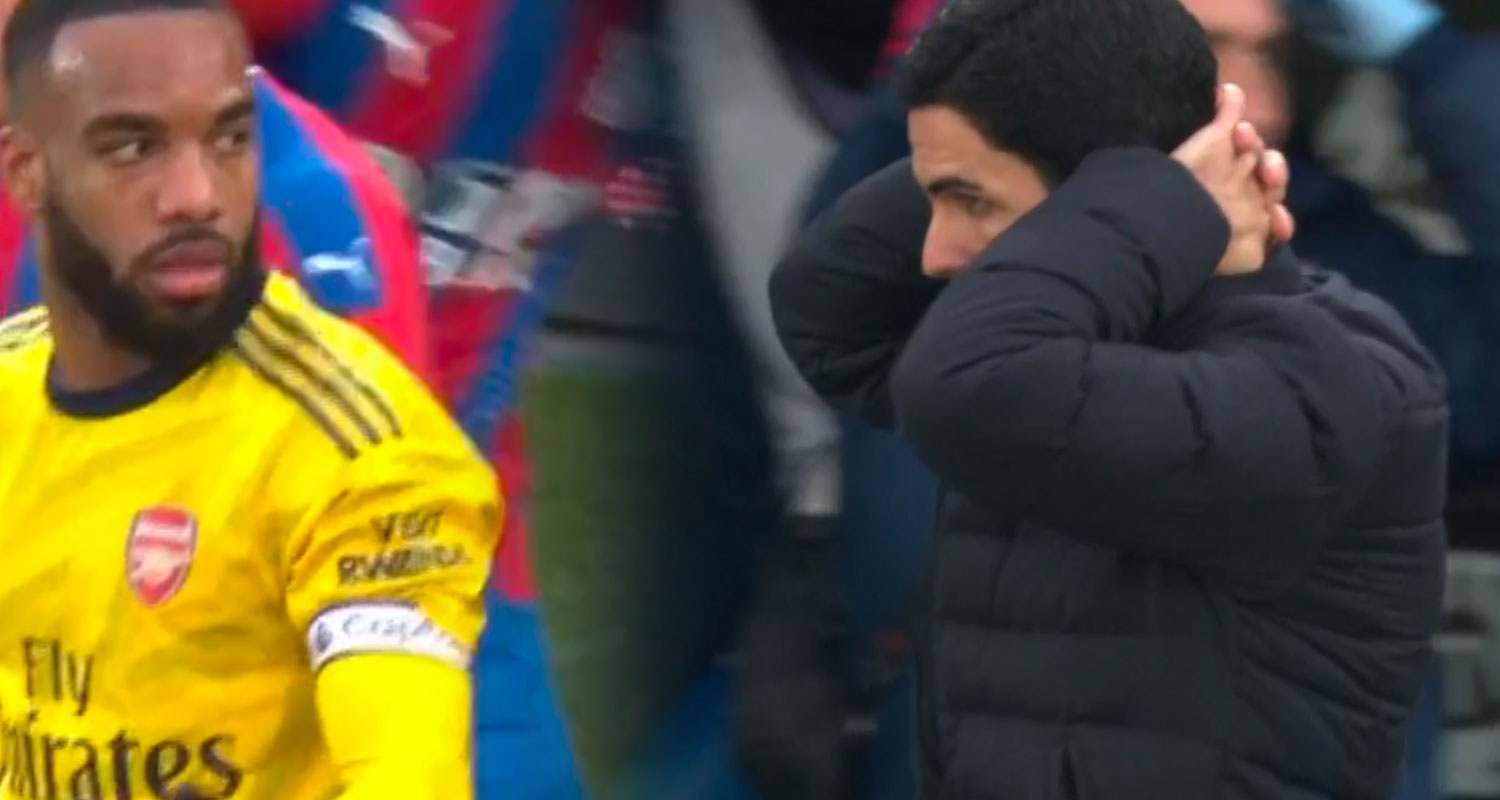 Goals. We love them. They are ace. Lashers, smashers, long-range, short-range, beautiful, scrappy, deflected, curled, straight, own goals, rebounds off the mickey – whatever your favourite, there’s something for everyone.

Arsenal have a problem though, because we probably don’t score enough of them, and the man who does get most of our goals is now suspended for three games following his sending off against Crystal Palace. Pierre-Emerick Aubameyang will miss three games – Sheff Utd (H), Chelsea (A) and Bournemouth (A – FA Cup) – and however you look at it, it’s a cause for concern.

Here’s a list of all our goalscorers this season:

The reliance on Aubameyang is obvious – and look, that can happen when you have a player as good as he is in front of goal. The team and its play tends to get weighted towards that one guy, even if it’s not completely deliberate, and it’s now something Mikel Arteta has to work on over the next couple of weeks.

Speaking about the issue, he called on the rest of the squad to do more:

Losing probably the most important player is never nice. We have other players that can play in that position. We will try to find a way and be as competitive as possible.

They now have to make a step forward now he is not able to contribute to the team with goals. Someone else has to do it and I want to see that reaction too.

Saying it is one thing, making it happen is quite another. The key man on whom responsibility falls is obviously Alexandre Lacazette. The last few weeks have been probably his worst for the club in front of goal since his arrival. He has had dry spells before – there was a period in the 2017-18 season when he went nine games without a goal. However, back then it was his first season, and he was carrying a knee problem which later required surgery so there was some mitigation.

Right now though, he looks far from his best. The work-rate can’t be faulted, but there’s a lack of sharpness in his movement around the box and a lack of conviction in front of goal. I think he should have scored against Palace at the weekend when he failed to make the most of the rebound from Nicolas Pepe’s shot – a chance he created for the Ivorian in fairness. The keeper deserves plenty of credit for what was an excellent double save, but a more assured striker puts that away. His decision to just blast it was, I think, a consequence of the lack of confidence in his finishing right now.

He last scored on December 12th, in the 2-2 draw with Standard Liege in the Europa League, but has just 5 goals in 15 Premier League appearances this season. There’s also the issue of how weighted his goalscoring is to the Emirates, on the road he’s just not the capable of matching what he does at home. He looks to me like a player who is not fully fit, and maybe he’s still suffering from the ankle injury that caused him to miss six weeks at the start of the season. He was carrying that injury throughout pre-season apparently, yet we started him in the Emirates Cup and he had to come off after just a few minutes.

Whatever the situation with his fitness though, he’s the most experienced option we have right now, and Arteta has shown plenty of faith in him over the last few weeks, so I expect him to be the man to lead the line in Aubameyang’s absence. We’ve all seen how quickly a goal can change things for a striker, so let’s hope he can get himself back on track because even with everyone fit, we need more goalscorers in this team.

It would also be a good time for Nicolas Pepe to chip in with a few. The first 6 months of his time here have been difficult. It’s clear there have been issues with adaptation, learning about life in the Premier League, getting kicked all over the place without sufficient protection, and to be fair to him, he arrived to a club which was in a bit of a mess under Unai Emery. The free-fall had begun last season, it carried on into this campaign, and those are difficult circumstances for anyone, not least a new signing presented with all the challenges a move like that presents.

He has been featuring more regularly in recent weeks though, he was unlucky not to score on Saturday, and we can see by some of the goals he has scored this season that there’s enough technique and finishing power there to suggest he could do more. It’s also a chance for Gabriel Martinelli who I’d like to see have a run of games on the left hand side in the next few weeks. I know he’s only 18 but he’s already demonstrated that if you give him chances, he can finish.

I suspect as Mikel Arteta assesses this squad, he’ll be a bit worried about the lack of goals from midfield. That Joe Willock is our highest scoring midfielder tells you quite a bit about the issues we have there. It’s not to be critical of him by any means, but he’s a young man learning his trade, and there are more senior players who need to take a bit more responsibility.

I know that the circumstances regarding Mesut Ozil have been complicated, and while Saturday was a poor day for him, he has played quite well under Arteta. We could do with more end product though. In the whole of 2019 he managed just two goals and two assists in the Premier League. I get that things between him and Emery were not right, but Emery is gone and this team needs some of the quality that Ozil definitely possesses. When you look at the squad and think about who could deliver more, he’s certainly one of them.

It’s a tricky one for Arteta, and it’s a difficult situation for any manager, let alone a brand new one, so let’s hope he can get those misfiring forwards going on and that the Aubameyang absence isn’t too costly.

James and I will be recording the Arsecast Extra this morning. As ever if you have questions or topics for discussion, send to @gunnerblog and @arseblog on Twitter with the hashtag #arsecastextra – or if you’re on Arseblog Member on Patreon, leave your question in the #arsecast-extra-questions channel on our Discord server.

That’ll be up for you around lunchtime. Until then.