Home Arseblog, the arsenal blog Crystal Palace 1-1 Arsenal: Gunners fail to make the most of early... 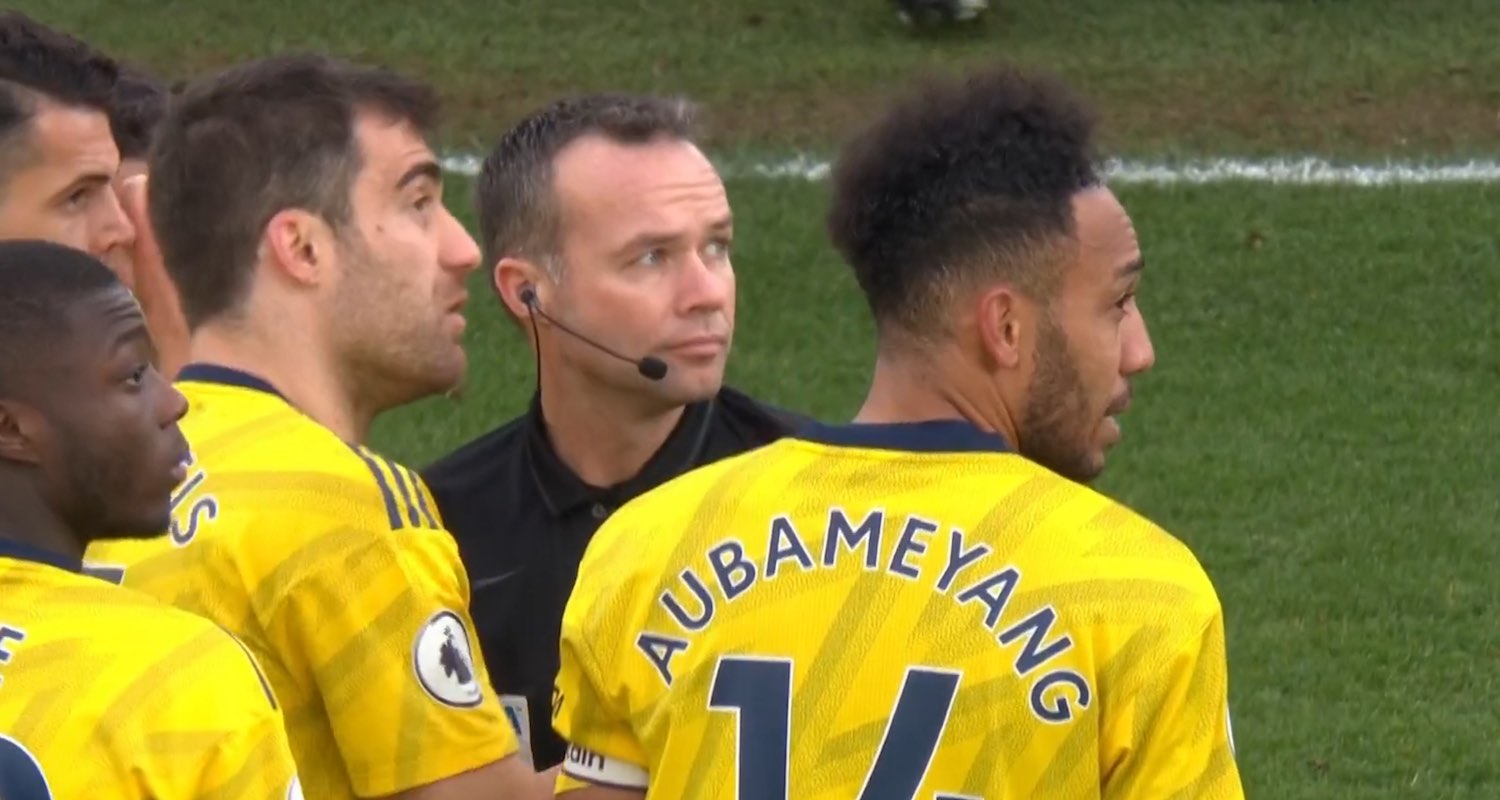 A 1-1 draw with Crystal Palace wasn’t quite what we were hoping for before the game, but in the context of how it played out, I don’t think we can complain too much. Obviously there are things we could and should have done better, so I’m going to break this down into segments.

Mikel Arteta was clearly very frustrated by the second half goal we conceded, but I suspect when he looks back on the game again he might feel more unhappy that we didn’t make more of the opening half an hour.

The team selection was basically what we expected, Palace were surprisingly stand-offish, and we dominated possession and territory. And yet it all felt a bit sterile, without sufficient intent to make things happen. I had just commented on the live blog about how passive we were when Luiz found Ozil, he laid it off to Lacazette who smartly fed Aubameyang who made it 1-0.

A nice goal, and very well worked, but I don’t think we took advantage of that early domination. We had lots of the ball but didn’t do enough with it. You might say it’s easy to suggest that in hindsight we should have turned the screw but I felt like that at the time. As if we might regret not pushing them when they were struggling to get into the game.

Palace grew into it, they started to press us a bit higher, and we weren’t as comfortable. Losing Lucas Torreira at half-time was a blow, and if it has something to do with the foul by Zaha when he pushed Pepe into the Uruguayan, that will make it even more annoying. I don’t know how many times I’ve written here about how that specific foul – when a player is pushed while jumping or off-balance – is one which is routinely ignored by the authorities.

It shouldn’t be, because it’s really dangerous. We saw what happened to Matthew Debuchy a few years ago when the Pound-Shop Ibrahimovic did it, resulting in serious injury. Now that we have VAR – for better or worse – it’s something I think should be an automatic yellow card at least. Hopefully Torreira isn’t out for too long.

“At this level in the Premier League, if you switch off for two seconds, five seconds, you will concede a goal straight away,” said Arteta.

It wasn’t even as if Palace took a quick free kick and caught us out. We were in a line on the edge of our box, but Kolasinac was too far from from his man:

The attempt to stop the cross was half-hearted, the defending in the box was poor too – Lacazette stood ball watching, and we were punished by a wicked deflection when the ball came off Luiz and looped over Leno. If you go back a bit before we conceded the free kick though, we had possession of the ball and Aubameyang couldn’t hold it up, something which was a weakness in our game throughout the match.

Like most goals you can see how avoidable it was with better focus and organisation from the free kick, but also doing simple things in the opposition half which we found a bit of a problem.

Initially shown a yellow card for a foul on Max Meyer, Aubameyang was sent off after VAR reviewed the incident. I don’t think he, or we, can have any complaints about that decision. As with penalties, my marker for things like this is whether or not I’d be unhappy if an opponent wasn’t sent off, and had that challenge been made on an Arsenal player, I’d be furious if they escaped red. It was late, it obviously caused an injury, and hopefully Meyer isn’t too badly hurt. We take the red, and we move on.

What is a frustration though is the fact that there have been a number of challenges and incidents this season in which the opposition have escaped what I thought were red cards. The ones that spring to mind are Creswell on Pepe in the West Ham game, a tackle which was so red it’ colour name on the Dulux paint chart would be ‘Satan’s baboon’s arsehole’; the scissors tackle on Pepe at Bournemouth; and Jorginho not being given a second yellow by the same official who was manning the VAR yesterday for our game.

So, I think we can be unhappy about those things, while recognising that Aubameyang deserved his red yesterday. We come back to the issue of refereeing consistency, something VAR hasn’t really had any significant impact on, but just because others have got away with shocking challenges doesn’t mean the one yesterday didn’t merit the punishment it got.

I wonder if it might be something Arteta could go public with a bit, not to complain per se, but to put it in the officials minds that there’s been an imbalance here. It’s something Ferguson and Wenger used to do all the time, and it could be worth a try.

The big issue now is a three game ban for the only player in this team who is scoring at the moment. He misses the visit of Sheffield United, the trip to Chelsea, and the FA Cup game against Bournemouth which he’d likely have been rested for anyway. It’s that middle fixture that stands out though, as the stats tell us our chances of winning without Aubameyang are far slimmer than they would be with him:

Like Arteta, I thought we coped pretty well with ten men. Palace barely threatened beyond lumping free kicks towards our box, and the ones that didn’t go straight out for a goal kick were headed away comfortably by our centre-halves. We could have nicked it at the end when the width of a post denied Pepe, and I think a sharper, more in-form Lacazette would have finished off that rebound. To be fair, Sokratis did clear one off the line towards the end, so in the context of the full 90, a draw seems a fair result.

Overall, based on expectations going into the game, it’s a bit disappointing that we couldn’t take all three points. Not doing more in the opening period of the game is a regret – against a team crippled with injuries – and ultimately it cost us. However, we are very much a work in progress, and Arteta is working with a pretty thin squad. When you look at the bench, as much as we all have high hopes for our young players, there’s not a lot of experienced quality on there for him to do anything with.

Like many of you, I hope he’s given some backing by the club in the January market because if he isn’t we’ll have more days like this – that’s inevitable. We all know this is a squad that needs an injection of something to give it a boost, so let’s see what the next couple of weeks brings. In the meantime, the manager will have to correct what he can on the training ground, and each game is a learning experience for him and his players. Undoubtedly there are lessons to be learned from yesterday, so let’s hope we can do that before the next game.

Right, that’s your lot, more from me tomorrow, including an Arsecast Extra. Until then, have a great Sunday.