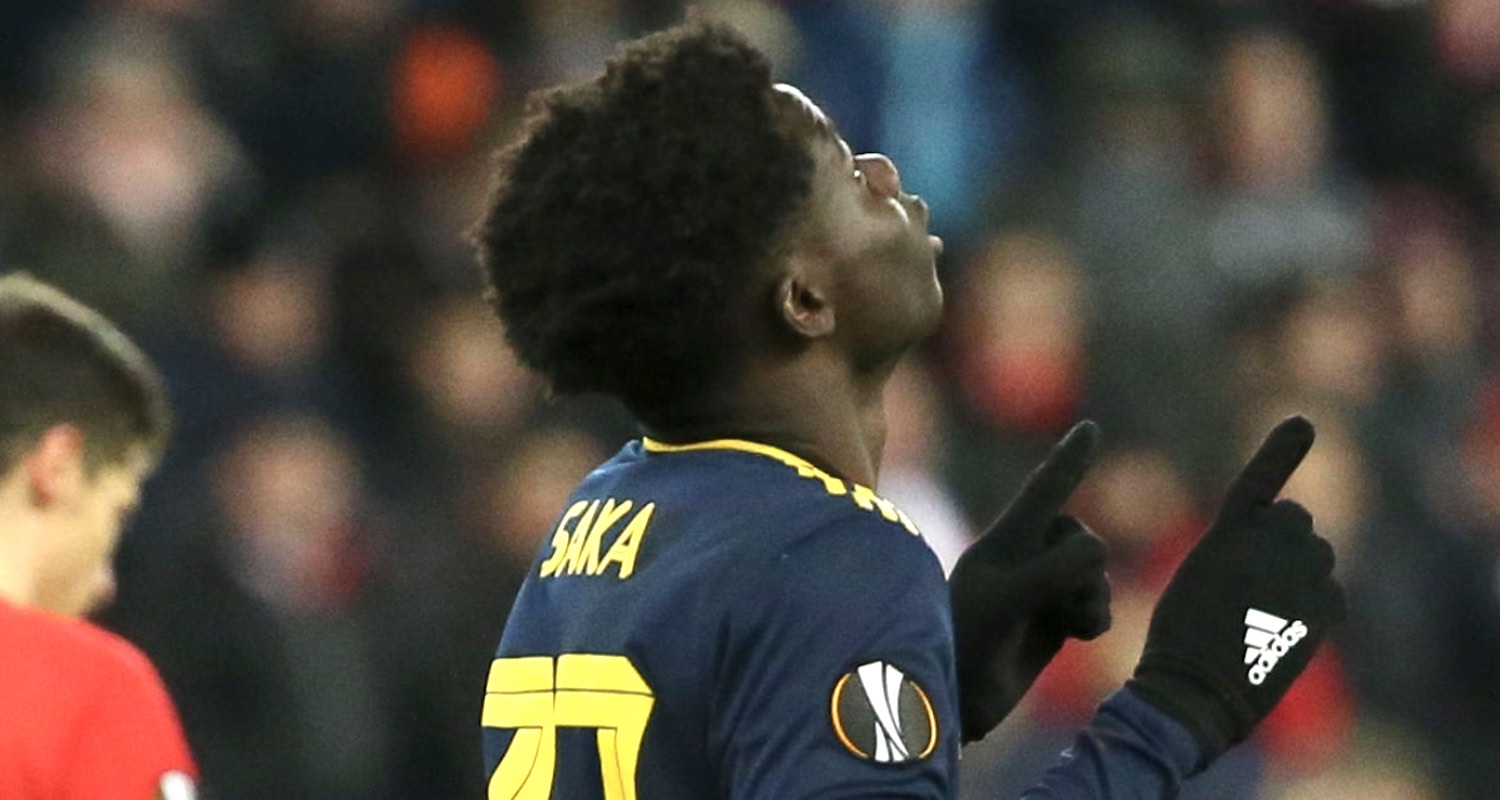 It’s still so early in the tenure of Freddie Ljungberg that I don’t know if this a thing we can take as a positive or not, but there’s something different happening. Last night’s 2-2 draw with Standard Liege was enough for us to top Group F, but in the latter stages of Unai Emery’s reign, this felt like the kind of game we’d have gone 2-0 up in, but let slip.

As it was, we were 2-0 down and brought it back around thanks to an assist for Alexandre Lacazette from Bukayo Saka, and then the 18 year old scoring a really smart goal to level things. Obviously going behind is far from ideal, but having the character to come back offsets it ever-so-slightly. We did it against Norwich (twice); we did it against Brighton but ultimately conceded again; we were 1-0 down to West Ham before beating them on Monday night; and last night two deflected goals saw us behind in Belgium before we turned things around.

Maybe it’s looking for something which isn’t really there but who knows? Perhaps there’s a touch more resilience than there was. Let’s be honest, we needed it. It wasn’t a great performance but then at this point I still think we’re in the ballpark of results meaning far more, and when it comes right down to it, the draw was enough to finish on top of Group F. We got a bit of luck in the other game when Vitoria came from 2-1 down to beat Eintracht Frankfurt 3-2, thus cancelling out our need for another goal in Liege, but you know what? I’ll take it. The way things were going under Emery, Frankfurt would have scored four more in their game, and in the last minute of ours someone would have scored a comical own goal to send us out of Europe altogether.

I don’t think there’s any real need to delve too deeply into the way we played or set-up. After picking up a fistful of injuries in midweek, and with Man City on Sunday, of course the team selection was going to be affected. In the absence of Hector Bellerin, Kieran Tierney and Sead Kolasinac, it made sense to play three at the back with Bukayo Saka and Ainsley Maitland-Niles as wing-backs. It meant a first start of the season for Dinos Mavropanos, while Alex Lacazette was supported up front by Reiss Nelson and Emile Smith Rowe.

There were a few bright moments in the first half. Saka showed some glimpses of what was to come, and I like the way Smith Rowe plays, but in general we found it tough going on a bobbly pitch. There was an element of good fortune to their goals, but as ever you can point to defensive weakness too. There was a distinct lack of commitment when it came to closing down the shot for the first, and we were punished for that with a deflection off Sokratis. For the second, Willock make a mistake in the box, Guendouzi got turned and a second Greek fisting from Mavropanos left Emi Martinez with no chance.

At that point, with Frankfurt winning, it looked like top spot was out of reach, especially the way we were playing. Freddie changed it though, bringing on Martinelli for Sokratis (who I assume is needed for the weekend), and with it things were a bit better. The young Brazilian just adds some energy to things, and when after what looked like more sterile possession Saka whipped in a great cross, Lacazette was on hand to head home from close range.

Then, almost out of nothing, Martinelli’s sharp movement on the edge of their box gave a determined Saka someone to play a little one-two with, and his right-footed finish was superb. 2-2. We still needed one, but then our Portuguese friends did what they did, that was enough win the group, and thus we’ll avoid some of the more difficult options when the draw for the knock-out stages is made on Monday.

I quite enjoyed Freddie’s comments about the young man afterwards, saying:

He was amazing. I think he was a bit upset with me before the game that he had to play wing-back and then full-back! Because he doesn’t like it so much.

Clearly he’s a player who wants to contribute in the final third, and we’ve seen that even at this nascent stage of his career he’s capable of that, but it’s to his credit that he made it happen from what was a more defensive starting point last night. His goal and his assist came when he was ostensibly playing at left-back, so major kudos to him and it was nice to see him take that responsibility on.

At a time when even an 18 year old is only as good as his last performance, there was also a reminder from Freddie that some of these guys really have been thrown in at the deep end:

I felt sorry sometimes for our young players because a lot of them have not been on loan. So they haven’t got that exposure to play 90 minutes of men’s football for a longer period of time. Experienced players need to take the lead.

So I felt in this game that I wanted to get them on the pitch to get that experience, because I know how good they are but they just don’t have experience and some of them, yes, they made some mistakes today.

But I think from those mistakes they won’t redo them and that’s invaluable for them and we won the group.

Something to think about. I know we’re demanding as fans, and in general I don’t think there’s anything wrong with wanting our team to be the best it can be, but this is a shot across the bows of the senior players who, not for the first time, he’s asked to step up during this difficult period. It’s also hard not to read into it a message to the people running the football side of the club. Their sales and recruitment policy have opened the door for some of these youngsters to play more often, but they also need to understand the weight of responsibility they’ve put on them so early in their careers. Can we, as fans, show similar understanding when inexperience and inconsistency rear their heads this season? I hope so.

So look, it was far from perfect, but we ended up exactly where we wanted to be. In the current climate, and with everything else going on, you take it, you move on and you get ready for the next game … Man City on Sunday … *gulp*.

For more on last night, the City game, our search for a replacement and how we go about making that appointment, check out the brand new Arsecast. I’m joined by Andrew Allen and The Man from East Lower. All the links you need to listen/subscribe are below. Have a good one, whatever today brings.