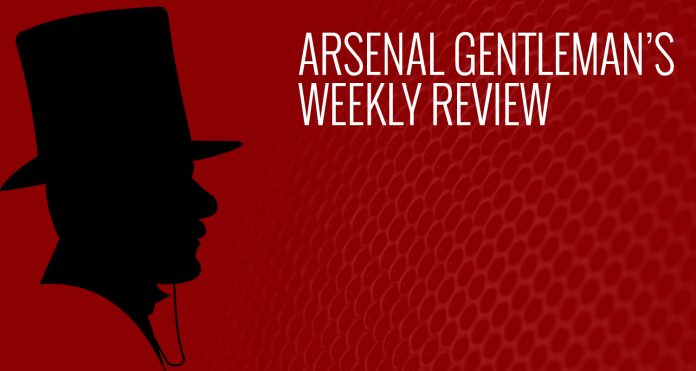 We shall draw a veil over last evening’s defeat agin the mighty Brighton and Hove Albion. Defeats like that are like when one has a very public contretemps with one’s spouse: Nobody’s really sure how it started, not a soul wants to see it, nobody wants to talk about it afterwards but you’re absolutely certain that it will happen again.

It is almost not worth mentioning that we are now ten points off a Champions’ League spot. This would be much like saying The Duke of York is about to become the most popular royal. This is the worst winless run since 1977, and we know that the Arsenal of the late seventies were like the Liverpool of the late 2000s. The Hicks and Gillett years.

We have failed to win any of our last nine games in all competitions. We have now faced 52 shots on target in top- flight home games this season. In the entire famed and storied 2003-04 season we allowed just 48. Looking at the forthcoming fixtures, which appear to the naked eye like a list of torture instruments, we can foresee losing all five.

Away to West Ham? The thumbscrews! At home to Manchester City? The Iron Maiden! Away at Everton? The pear of anguish! Away at Bournemouth? Mr Howe prepareth the rack! At home to Chelsea? Mr. Lampard dons a black mask and prepares his flaying knife! Five games, five losses. And then where would we be? We would be in a bracing relegation battle.

And yet, let me take you back 123 years to 1896-97, to The Manor Ground. Arsenal did not really have a manager as such at this point; Thomas Mitchell wouldn’t arrive until 1897. The trainer is one Samuel Hollis. Sam was a pub landlord until he joined Woolwich Arsenal in 1894 as first team trainer and therefore was slightly more credible than Unai Emery.
That season, when Woolwich were in the Second Division was dire. It started off on September 5th with a 1-1 away draw with Middlesbrough. Considering the journey to Middlesbrough at that time took nine hours and most of the first team could barely stand through ale by the time they got there it was a creditable start.

Next another draw against Walsall. To Burton Wanderers next, Derby Turn, in the wilds of Staffordshire, where we won 2-1. Loughborough at home was a 2-0 win. Considering the chaps had been in an opium den until the early hours, this was something of a miracle. A 2-3 reversal at Notts County, the grand old men of English football preceded Burton Wanderers visiting Plumstead for a 3-0 thrashing before an away game at Walsall resulted in an away loss.

The chaps at Gainsborough Trinity were most gentlemanly, allowing a 6-1 home win. By December 1896, whilst not riding high, Woolwich were at least mid table. The rest of the season was beset by outbreaks of disease, food poisoning, pure laziness and excessive smoking, and we ended up where we are today, tenth. In a league of sixteen. Played 30, won 13, drawn 4, lost 13. Twelve points form the top but eighteen points from bottom, above Darwen, Walsall, Loughborough, Burton Swifts, Burton Wanderers and Lincoln City and below Leicester Fosse, Blackpool, Manchester City, Newcastle United, Small Heath, Newton Heath and the champions, Notts County. Spurs were of course in the Southern League at this point, a sort of Poundland second division, alongside such luminaries as New Brompton, Sheppey United, Wolverton and Northfleet.

I mention this season to underline that nothing in football is set in stone. Like dynasties, like empires, football clubs come and go. We cannot assume that because we have been what we have been that this will continue. Preston North End used to be a big club. Aston Villa, Sunderland. The Wednesday. Blackburn Rovers. Wolves. Burnley. Derby County. All these have been champions. All were undone. No doubt, as is the case with Arsenal, boardroom incompetence and arrogance were the root causes.

Is the damage done by years of overspending on poor players, poor player trading & overgenerous contracts permanent? No. But it does require every man jack of them, the dissembling codpieces of Raul, Vinai and Edu to pull their fingers out before we go the way of Leeds or Nottingham Forest.