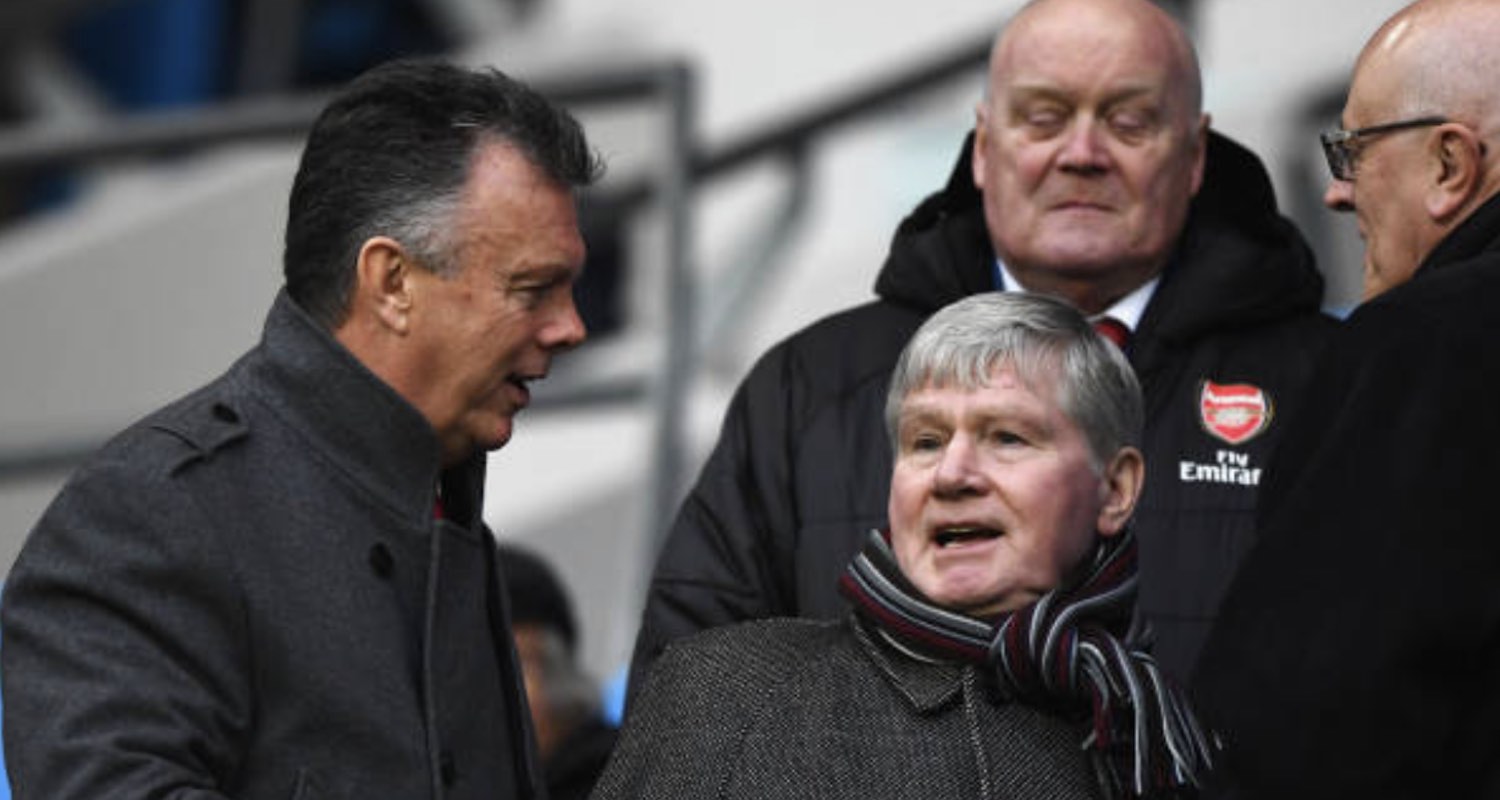 Morning all, welcome to Friday and the first week of the Interlull is just about done. The good thing about this particular break is that we actually play next Saturday, so in comparison to having to wait for a Monday night game, this one will feel like a walk in the park. A long, boring, unexciting walk in the park with someone who ambles along just that little bit too slowly to be comfortable, but hey, at least we’re getting some fresh air.

Not a great deal going on from a football perspective, as you might imagine, but yesterday we had an interesting story about how there’s a bit of an executive split over an attempt to add David O’Leary to the Arsenal board. The club’s record appearance holder has been visibly present for a little while now, often in the Director’s box at the Emirates, and also with the executives for away games.

Earlier this year, I asked the club if he had an official role at Arsenal, and received this vague response, “We have a number of ex-players from our ‘100 Club’ who regularly attend home and away matches. Pat Rice and David O’Leary are regular attendees with the Directors at our away matches. It’s great we’re still in touch with many ex-players who come to matches.”

Which, of course, didn’t answer the question specifically, but there you go. Anyway, having spoken to someone well connected yesterday I was told that the current Arsenal board went to Josh Kroenke to suggest the addition of O’Leary. At the moment we have three men in their 70s and one man in their 80s, and it’s long been understood that we need to add some ‘youth’ to it – bearing in mind that we’re talking about a 61 year old here, it’s all relative.

After a conversation with Head of Football, Raul Sanllehi, the Arsenal owner shot down the idea, much to the disquiet of those in the boardroom. This leads to a significant question though: do Arsenal need a board? Or to put it another way: do KSE need Arsenal to have a board? In the past it was there to provide leadership and governance, to act in the best interests of shareholders, but now that one Delaware based corporation owns the club outright, have those in boardroom positions currently become essentially redundant.

It was suggested to me that there were concerns about how big agents were connected to the current football set-up, and that the boardroom was being bypassed in terms of decision making. Remember, Raul, Edu, Vinai etc, are not on the board itself. Ivan Gazidis was, but he fecked off to AC Milan as quick as his baldy little legs would carry him, and now we appear to be moving in a different, less traditional direction.

It’s clear that the football club is now being run by Head of Football Sanllehi, Technical Director Edu, Managing Director Vinai Venkatesham, and Huss Fahmy, the contracts guy who does more than contracts now. KSE own Arsenal 100%, they can run the club however they see fit, and positions like Chairman etc are basically ceremonial at this point. Some will say this is the right move, to have younger, more vibrant, football related people making the decisions. Others might have concerns about moving away from the more traditional roles within a club, but whichever side you’re on it’s certainly an interesting development.

With the greatest of respect to those currently on the board, they’re not – at this point in their lives – the go-getters to drive a football club forward. However, they understand Arsenal, they’re steeped in it, and obviously it’s important that we have people who feel the history of the club and can represent the club in that way. You need people who know what the club means to the community, what it’s supposed to be about, and to maintain and cherish the values many hold dear. What those values might be in this modern football era and under this owner is a long discussion for another day, but someone like O’Leary, or Pat Rice, knows Arsenal inside out, and that’s valuable.

On the other hand, football has changed, the way clubs do business with regard to transfers is reliant to a large extent on connections, knowing the right people etc, and it’s important to have people who understand the modern game involved. Arsenal is now a massive business traversing sport and blurring the lines between football and the increasingly bloated entertainment industry, so you need smart operators who can flourish in that sphere.

KSE don’t need a board, they’re not answerable to anyone regardless of their title, and if they wanted to put a troop of trained monkeys in charge of Arsenal they could do that if they wanted. I think what we’re seeing now is a move away from the old style decision making, where things had to be ratified at board level, and towards something newer where high level executives are the ones calling the shots.

Ideally there would some balance. A football club has to protect its identity, the things that people associate with it, and having people in place who fully understand the history and the weight of that history is really important. At the same time, you don’t need Sade to tell you that in any business of this size you need smooth operators to keep you competitive, so it’ll be interesting to see how all this plays out over the coming months, because I reckon we’ll see some more changes between now and the end of the season.

Right, I’ll leave it there for now, and even though it’s an Interlull, there’s a brand new Arsecast for you. Having done our form, Emery in or out, the board, the ‘noise’ (check Tim’s new piece for some more on that), and all the rest this week, I couldn’t face talking about it all again. So, it’s a bit of a rambling conversation with @ryanhunn of @stadio podcast, chatting about football, podcasts, VAR, Ian Wright, Thierry Henry’s new job and lots more.

Listen/subscribe below. More from me tomorrow.