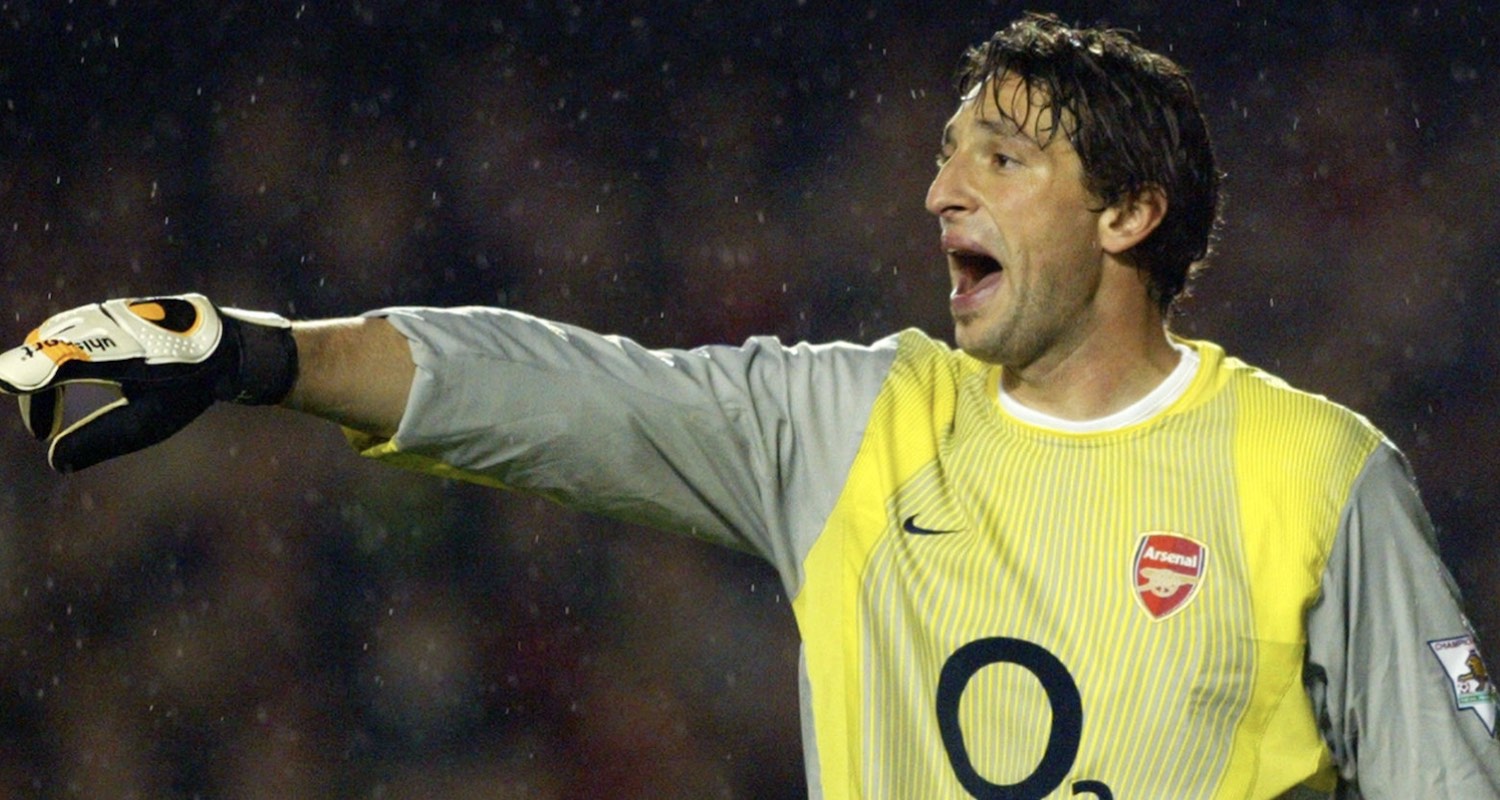 Morning, a very quick Saturday round-up for you.

One of the first things I do when I get up and sit down to write is check out the NewsNow Arsenal feed. Top of that this morning was a link to the 3-0 win over Sp*rs in the North London derby on this day in 2002.

You know the one, Henry scoring that incredible goal when he basically ran from box to box then ran all the way back again to knee slide and celebrate in front of their fans. He then set up a goal for Freddie Ljungberg who had robbed Jamie Redknapp of the ball in their half, and later Robert Pires provided the pass for Sylvain Wiltord to make it 3-0.

Heady days indeed. I remember Steffen Freund playing for them that day. Did you ever take against somebody just because of their face? He was one of those. He just seemed to encapsulate a certain Spursiness with his eyes and his chin and his mouth. It was like Teddy Sheringham had somehow impregnated himself and did a poo which came out as a baby, and that was him.

Another interesting side note to that day was the fact that our goalkeeper was Rami Shaaban. When you think back on it, Arsene Wenger did love an obscure or strange goalkeeping signing. Shaaban came from Djurgardens in 2002, and at the time we also had David Seaman and Stuart Taylor. Richard Wright, who won a Premiership medal in 2002, had joined Everton that summer, and just a few weeks previously was in goal for them when they beat us 2-1 at Goodison Park – the game when a young lad who looked like a hairy barrel smashed in a 90th minute winner for the home side. I don’t know whatever became of him, another Neil Mellor, I guess.

Ahead of the Sp*rs game, Arsene said of him, “Rami is a very good goalkeeper, with a good leap and good hands”.

He played two Champions League games for us, and two more league games (3-1 win over Villa, 2-0 defeat to United at Old Trafford) before suffering a bad leg break in training. That was that for his Arsenal career, but you can still find him on Twitter actively supporting the Gunners.

Come on The Arsenal!!! #LEIARS #AFC

Ah well! I think there’s also a good podcast to do about Arsene’s approach to, and track record with, goalkeepers. We’ve had some interesting signings down the years when you think of the likes of Manuel Almunia, David Ospina, Vito Mannone, Lukasz Fabianski, Mart Poom and their various performances and career trajectories. One for another Interlull, perhaps.

As I’m talking about goalkeepers, and there’s nothing else going on, let’s remind ourselves again of when, in the summer of 2001 (I think), the official Arsenal website jumped the gun on our signing of Jerzy Dudek from Feyenoord. He’d been linked with us for ages, and then all of a sudden, there he was in the player profiles section of the official site:

As we all know, he didn’t actually sign for us in the end, and instead ended up at Liverpool where he won the Champions League in 2005. It didn’t rob of us Polish goalkeeping fun though as we had Fabianski who had so much talent but a horrendous case of the match-day yips. It’s been interesting to note his progression since leaving Arsenal.

Not to forget my old favourite Wojciech Szczesny who we loaned to Roma for two seasons after he was supposedly caught having a crafty Benson & Hedges in the shower after a defeat to Southampton. While there he kept some lad called Allison out of the team but then Liverpool paid £70m for the Brazilian while Szczesny was sold to Juventus for just £10m to replace one of the greatest goalkeepers of all time. Nobody does goalkeeper banter like Arsenal do goalkeeper banter.

Stop, there’s more. Remember the summer of 2002? We were after a Uruguayan goalkeeper called Fabian Carini. There was more website brouhaha if I remember. I can’t quite recall if arsenal.com did it again by putting his picture up, or if the player himself posted the move on his own personal website. Thinking about it now, I’m sure it was the latter because back then a player with his own site was a bit of rarity and his was pretty swish looking when you consider the Internet era we were living in back then.

I also just Joojled it, and found a Guardian report in which Arsene told the official Arsenal website:

“I am delighted to have signed Fabian Carini on loan. He is a young international goalkeeper with outstanding natural ability and a great temperament. He will definitely strengthen our squad as we look forward to next season.”

And Carini himself said:

“I am delighted to be joining Arsenal, they are one of Europe’s great clubs, with many fantastic players. Hopefully I will impress the club and their supporters sufficiently, in order that I can extend my stay at Arsenal.”

Extend, haha! It never happened, there were suggestions that the deal was about to be hijacked by Manchester United, but in the end he went to our current Europa League opponents Standard Liege, and we brought in Shaaban. Which brings us back more or less full circle to where we started, and that’s enough for this morning.

I hope you enjoyed this trip down goalkeeping memory lane, and don’t forget there’s a brand new Arsecast available for you in which we don’t talk much about Arsenal at the moment, so it won’t vex you too much as you go about your Saturday business. Have a good one.