Home Arseblog, the arsenal blog Xhaka situation demands real leadership from the top of the club 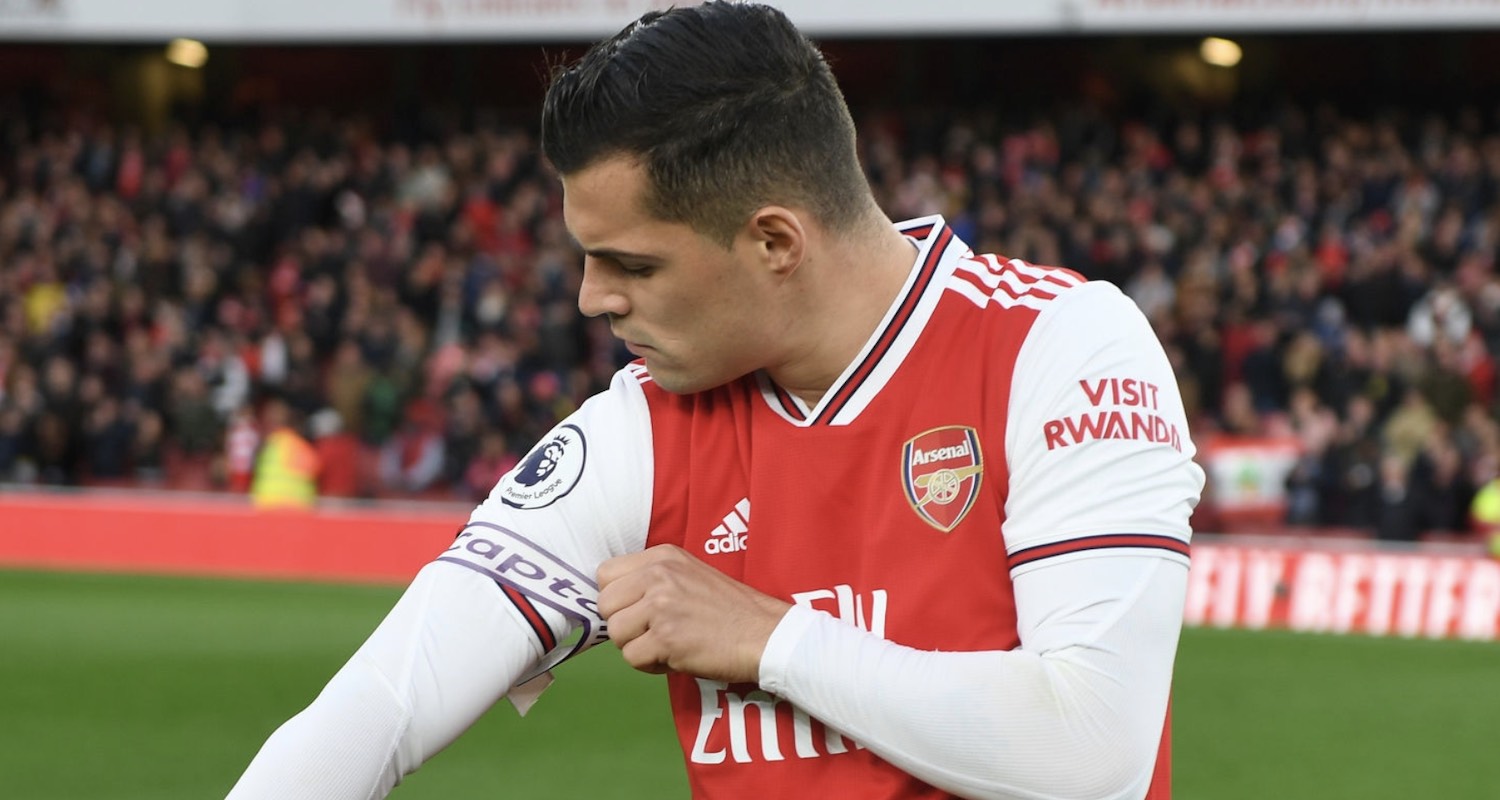 Arsenal have maintained radio silence, more or less, since Sunday, with no official update whatsoever regarding the Granit Xhaka situation.

The back channels have been buzzing though, with the squad themselves said to be in support of the Swiss international retaining the captaincy, while The Telegraph report that Unai Emery will consult his players before making a decision about how to handle it all.

Quite what he’s expecting there is anybody’s guess. Does he really expect them to change their minds just a couple of weeks after voting for him to become captain in the first place? No doubt you’ve read the stories about how a trio of senior players went to Xhaka’s house after the game on Sunday. He had stormed away from the stadium before the 2-2 draw with Crystal Palace had finished, such was his anger, and whether the meeting was one to console him, or to advise him to dial it back a bit, we probably won’t ever know. Perhaps a bit of both.

From what I understand, Xhaka’s agent flew into the UK yesterday for discussions with Unai Emery and Edu about what happened. There was talk of an apology being issued, but no agreement on the wording of any statement, so as of this morning at least, we remain in limbo about one of the most extraordinary events to take place at Arsenal in recent times.

If you listened to the Arsecast Extra yesterday, James and I discussed it at some length because Xhaka didn’t behave like that simply because fans cheered his number coming up on Sunday. It was part of something bigger, something that has been brewing and festering for some time. This season he’s had fairly relentless criticism – seen a poster boy for Unai Emery he’s the lightning rod for frustration with our football. There also the prevarication over appointing him captain tied in with the player vote and the whole five captains thing, and what we saw on Sunday was a man who snapped, lost his rag, and behaved in a way he shouldn’t.

For me it’s possible to understand why he did it, but also firmly believe he was in the wrong. I also think that over the last little while, the idea that he’s Emery’s head-boy might not stand up to scrutiny. That’s the perception, and perhaps the manager believes that or wants that to be the case, but I can’t help thinking about the comments Xhaka made after the game against Watford when he said the team were ‘scared’.

For many, this was the captain of Arsenal admitting something publicly that he shouldn’t, that the team was fragile and characterless. However, at the time I thought there was more to it. This is what I wrote back then:

Granit Xhaka said afterwards that the team were ‘scared’, and he’s been roundly criticised for that admission. I can understand why, that’s your captain saying that, but was he wrong? I don’t think so. Look at that performance and tell me otherwise. For me, I think that’s Xhaka making a tacit criticism of the way the game was managed from the sideline, and probably of how this team is set up overall (more on that anon).

After the 1-0 defeat to Sheffield United, he reacted to Patrice Evra’s silly comments about Arsenal being babies, but also said this:

“We have to stop talking about the mental side of the game and bullshit like this. I’m sorry to say that, but for me it’s the same whether you play at home or away – you have to win and show big character and not look for the same excuse.”

Again, that sounds to me like someone frustrated at the way the team approaches games. I also understand that his presence in the team frustrates fans, but I don’t think he’s as on board with Emery and what he does as people might imagine. Amy wrote a piece in The Athletic yesterday (£) which spoke of his frustration at how long the captaincy announcement took. I think part of Xhaka’s reaction on Sunday was down to the manager, how he deals with things, and his meek, cack-handed decision making.

This consultation with the players about what happens next is another example of him not taking responsibility for big decisions at the club. Because regardless of what you or I think of Xhaka, the reasons for his meltdown, whether there are mitigating factors or not, what he did really isn’t acceptable and his position as captain is untenable. Arsenal should appoint a new captain, simple as that, and it shouldn’t be a player vote or a dressing room referendum. To Xhakit, or not to Xhaxit, it shouldn’t be a question.

Do I feel some sympathy with him on a human level, sure. Not much, but some. But I also think there are things you can’t do and expect to maintain your position as the ostensible on-pitch leader of the club.

Someone made an interesting point to me yesterday in relation to me saying Xhaka doesn’t pick himself to play. Unai Emery didn’t pick himself to be Arsenal manager/head coach either, and that’s true. So this is a situation which demands the people running this football club stand up, show some responsibility, and take some leadership. If difficult decisions have to be made, then make them. That’s your job.

They have to protect the institution of Arsenal FC, the dwindling integrity of the captain’s armband, and what’s best for the collective ahead of the feelings of one or two individuals. Is that harsh? I don’t think so. This is an unpleasant situation which requires decisive action, not just as punishment for Xhaka, but to ensure that we can move forward and at least try and foster a sense of togetherness and harmony. Hector Bellerin called for that yesterday, but with a home game on Saturday against Wolves, it’s unthinkable that we could be led out by the same man whose petulance less than a week previously has caused such controversy.

Emery is reportedly set to address the situation today as we prepare for tomorrow night’s Carabao Cup game against Liverpool. Let’s see what he has to say.

For those who haven’t had a chance to listen, the Arsecast Extra is below. We’ll have any breaking stories over on Arseblog News throughout the day.