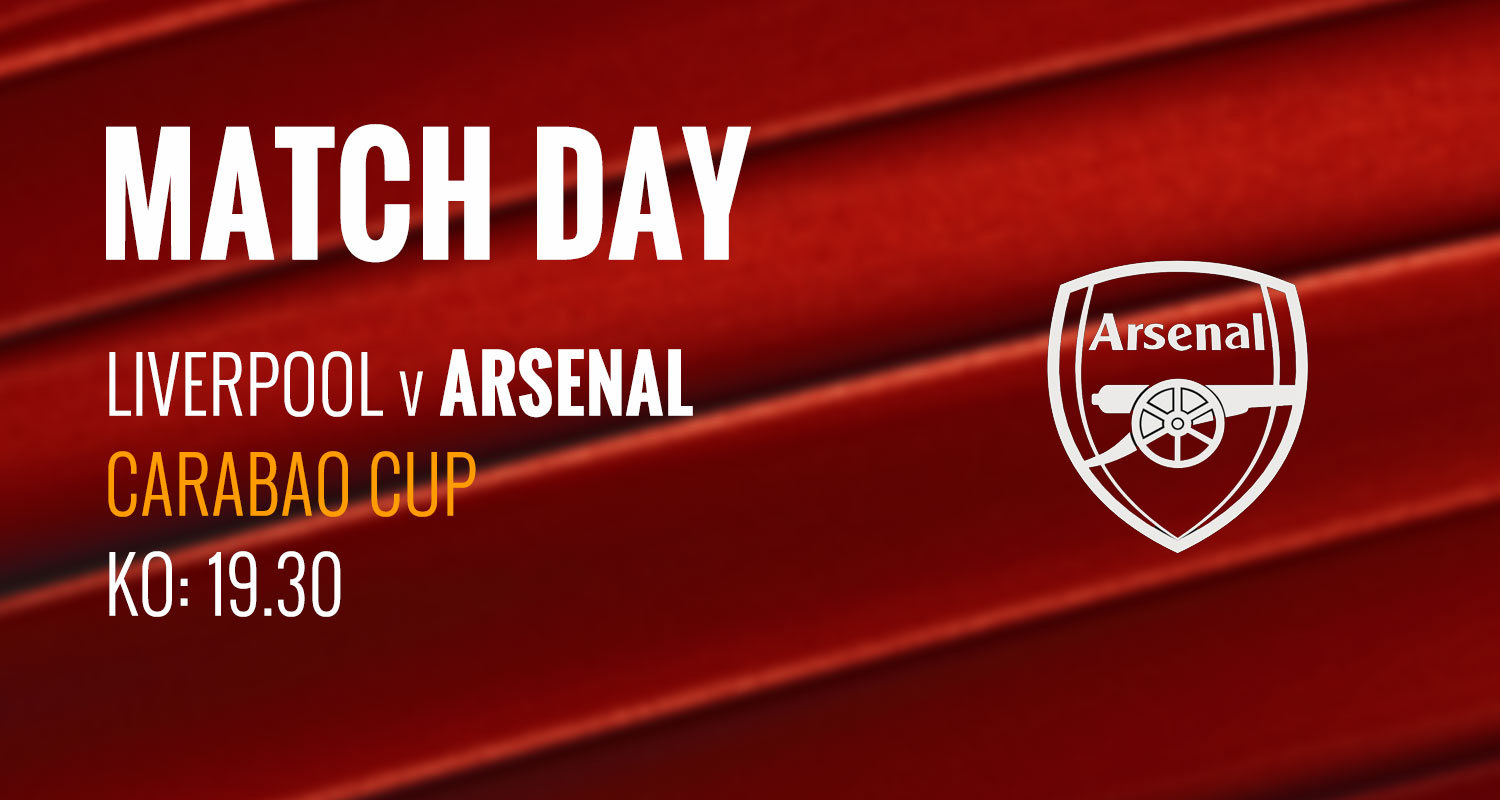 With so much focus still on off the pitch issues it’s good that we have the escape on on pitch stuff to take our minds off it this evening. We’re in great form and playing well so this should … oh …

You might suggest that going to Anfield is about the last thing we need at this moment in time, and I might agree with you. This is the Carabao Cup though, and whatever you think about the team, the manager, and all the rest – surely this is a game we can compartmentalise pretty well. It’s wrong to say it doesn’t matter at all, but having lost five points from our last six in the Premier League, it’s not that important in the grand scheme of things.

This season is about top four, about getting this club back into the Champions League, and everything else is a sidebar. The Europa League is a more relevant one, because it provides passage to Europe’s elite competition, and in reality tonight’s game is one I can’t bring myself to worry about too much.

I say that with the caveat that if we approach it exactly that way I can deal with whatever happens tonight. If Unai Emery, feeling the pressure after the last two games/performances, decides to make tonight’s team stronger than it needs to be and we put at risk the ability to pick our best team on Saturday against Wolves, then he opens himself up to criticism. Criticism I’m sure he doesn’t want or need, but football managers under this level of scrutiny often make decisions which can be a bit bemusing.

The Granit Xhaka situation looms over everything, because while the captain was never earmarked to play tonight, it seems unlikely that there’ll be sufficient rapprochement between now and the weekend for him to be in consideration for Wolves. That means Emery is going to have to think about his midfield tonight because he’s going to have to ask one or two of them to play again on Saturday.

It could be Lucas Torreira, who didn’t play at all against Crystal Palace, and Joe Willock who was dumped from the squad entirely. Ahead of them, we might even see Mesut Ozil after what Emery called a ‘good meeting’ with the German. He says of his potential involvement tonight:

I said to him I haven’t changed my idea about him. He knows what I want from him because it’s the same as last season in the first day of pre-season training when we had a conversation. It’s the same as one month ago and in that way, some circumstances weren’t helping us in every moment to be consistent or available to play. But I will say I think the last weeks he has progressively been training well and adding his spirit to help us.

You might wonder if Liverpool away is exactly the right time to bring him back into the fold, but if he does, it’s up to Ozil to demonstrate as best he can within the system we play that he’s got something to offer. Circumstances are perhaps not ideal, but then that’s true about a lot of things at the club right now. Nobody said any of this was going to be easy.

Defensively, I think we’ll see Hector Bellerin get a run as he recovers from his cruciate injury, and while I’m eager to see him back in Premier League action, I don’t have any issue with the club managing his recovery from such a serious injury in a sensible way. Shkodran Mustafi and Rob Holding will play in the centre of the defence, and I think we’ve already seen the flip between Kieran Tierney and Sead Kolasinac, and it ought to be the Bosnian international starting tonight.

Up front I think we’ll use this one to give more minutes to Alex Lacazette who looked sharper against Palace than he did against Vitoria last week; the other two positions are between Gabriel Martinelli, Bukayo Saka, and Emile Smith Rowe.

It’s going to be a difficult night, but with the Mugsmashers coming off the back of an intense game against Sp*rs, and facing a trip to Aston Villa at the weekend, they’re going to rotate their squad considerably too, which should make it a relatively even playing field. It could be fun, it could be a grind, it could be a night to forget. It could be anything with this Arsenal, so let’s see what happens.

Join us later for the live blog, and all the post-match stuff on Arseblog News.

I mentioned the Xhaka thing above, and it was something the manager addressed in detail in yesterday’s press conference. I think the best thing to do here is link to the transcript of what he said which is on the official site.

This morning there are suggestions that we’re going offer the player counselling, while Emery says he’s ‘not ready’ to make an apology because he’s too down about what happened. My suspicion is that there’s a very, very fine line between him being too sad to apologise, and too angry at the treatment he got to apologise, and from speaking to various people I’d err more towards the latter as to the real reason we haven’t heard from him.

The club and the manager have ‘suggested’ he say sorry, he hasn’t. There have been meetings and phone calls, and the only thing we’ve seen from Xhaka is him removing all trace of Arsenal from his Instagram profile. Maybe that’s a peripheral thing, but it does feel a little pointed, all things considered.

I thought Emery’s concern for the player’s mental well-being was admirable, but three days after it all went down we still know very little about what comes next. Perhaps it is a situation that needs to settle down before big decisions are made. Xhaka remains popular within the squad, with players generally ok with him remaining as captain, so that complicates things for a manager who is reportedly struggling to keep sections of his dressing room on board.

At the same time, is there a way back for the player without an apology, or some sort of mea culpa? It’s hard to see it. Even if you’re sympathetic to the reasons why he behaved the way he did, you can’t behave like that – captain or otherwise – and not damage what is an already fractured relationship with the supporters. Emery says that his ideal situation is that he can mend that, bring Xhaka and the fans back together, and while that feels like a bit of a long shot at the moment, it can’t just happen from one side – it has to be both.

So, right now he remains the captain, and he won’t play tonight but that was always going to be the case. However, with a home game against Wolves coming up, with captain’s notes necessary for the match day programme and all the rest, it feels like we need greater clarity than this in the very near future. Let’s see what happens.