Home Arseblog, the arsenal blog The Interlull is over! Football is back soon (but not that soon) 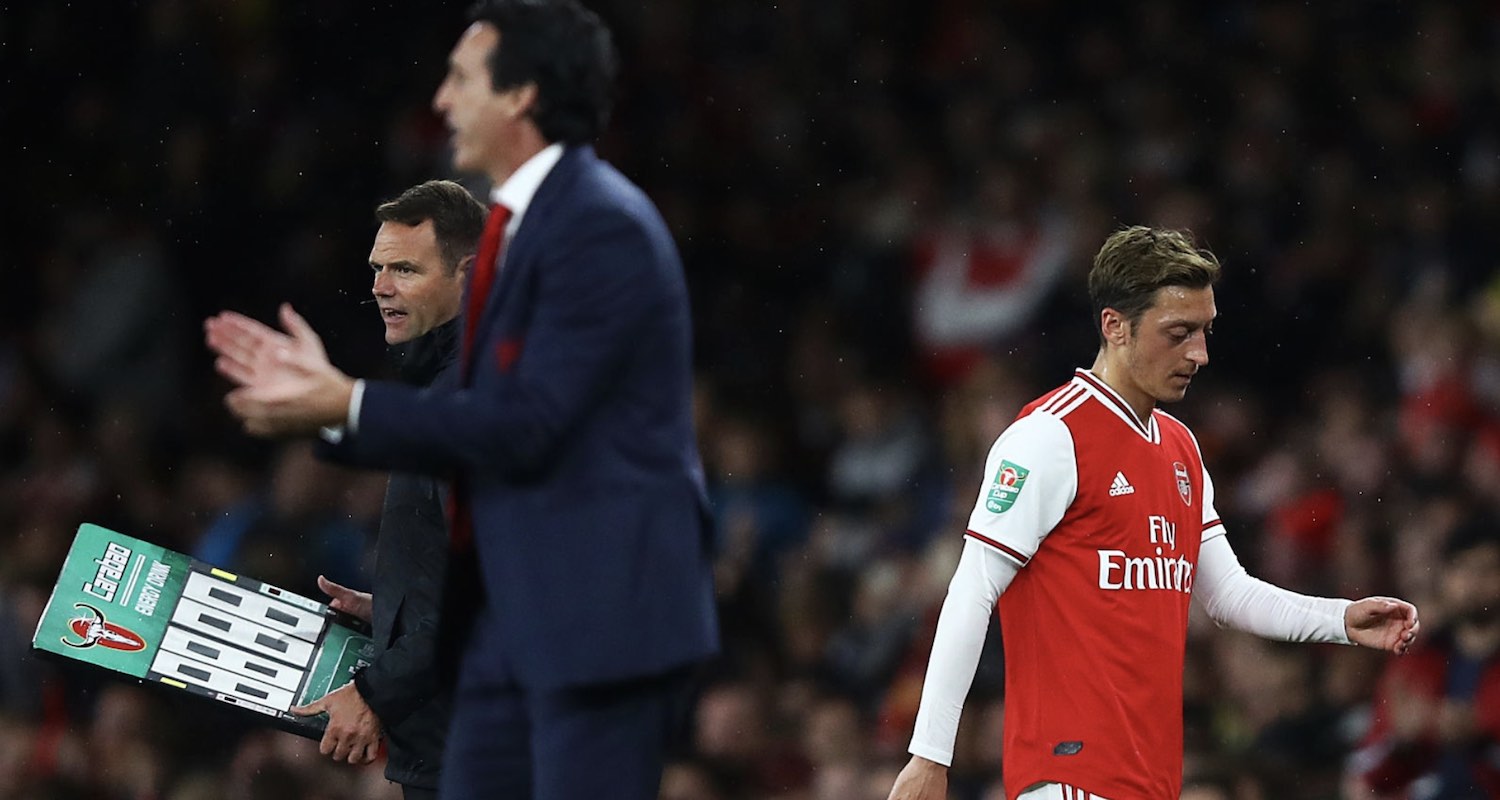 That’s it. You’re done. Get outta here Interlull you sumbitch. And don’t you show your face round these parts ever again. You hear me? Well, not until next month when there’s another one, but until then …

It’s over for now though folks. That’s a good thing, and we can get back towards the business of Arsenal and football again. Of course we have to endure an Arsenal free weekend because of Sky Sports and the fixture list. We don’t play again until Monday night when we travel to Bramall Lane to face Sheffield United. Although we’ve had a couple of cup encounters with them, it’s nearly 13 years since we faced them in the Premier League. Do you remember what happened?

Their goalkeeper, Paddy Kenny, went off with an injury and as they didn’t have a reserve keeper on the bench, they stuck Phil Jagielka in there for the last half an hour or so. I mean, an outfield player in nets, you love to see it, but when your team barely troubles him and you end up losing 1-0 it’s a bit more difficult to enjoy. To be fair, it is one of those things that makes you think ‘Only Arsenal …’, and our ability to find new and interesting ways to make a complete bollix of games has always been one of our great consistencies.

Should we be worried that Jagielka has actually returned to Sheffield United after years at Everton, ready to perform the swansong to this incredible night over a decade ago? Yes, yes we should. On a cold night up north, as he makes save after save after save, his 89th minute goal kick that’s blasted long down the pitch, hits a bobble and over the stranded Bernd Leno to seal a 3-2 win for the Blades will be quite the talking point as Arsenal fans take another indifferent performance in our stride.

The players will return from their international exploits to be checked over by the medical team for any little aches or strains, but so far there don’t appear to be any reports of injuries that we should be worried about. Lucas Torreira didn’t play at all for Uruguay in their midweek game, but was on the bench. That does have my spider senses tingling a little bit, but hopefully he’ll be fit and ready to not get picked in his best position or not get picked at all.

If there is a benefit to playing Monday night it does give us a couple of days extra rest/recuperation from any travel, but it’s not like it was in the past when almost all of our first team squad would be gone and Arsene Wenger only had two or three senior players and some cones to work with. We’ve had enough players ‘at home’ to have a practice match, apparently.

Charles Watts reports that we played against Reading in a behind closed doors friendly at London Colney. Gabriel Martinelli scored in a 2-2 draw which saw the likes of Hector Bellerin, Ainsley Maitland-Niles, Shkodran Mustafi and Mesut Ozil take part. For some it’s a way of building match fitness, keeping them sharp etc, while for Bellerin it’s another step in the right direction as he makes his way back from a cruciate knee injury.

The presence of Ozil makes a lot of sense too. He’s played just 71 of Arsenal’s 720 Premier League minutes this season, and hasn’t been in the squad at all since the 5-0 win over Nottingham Forest on September 24th. In a week in which Arsene Wenger’s book was announced and we speculated on which tales from the past might be given clarity, I was thinking an Ozil book would be interesting when the time comes. Then I remembered he’s already done a book, but perhaps there’ll be enough in these last 18-24 months at Arsenal and beyond to provide a new tome, or at least a couple of interesting chapters.

When you consider how much has happened on and off the pitch, I’m not even being facetious here. Since July 2018 we’ve had: The World Cup and him being unfairly made a scapegoat for Germany’s failings; his statement which accused the DFB and its president of racism; falling out and sort of making up with Unai Emery; struggling to come to terms with an Arsenal set up in which he wasn’t given the kind of preferential treatment he got from Arsene; the Erdogan picture and having Erdogan as his best man; playing Fortnite while Arsenal struggle away from home in a game he’s not picked for; the Europa League final substitution; a summer which looked like he was well and truly back in the plans and playing well; then the frightening attack on him and Kolasinac, the fallout to that and how it affected the start to his season; whatever else has happened behind the scenes that has seen him rather humiliatingly left out of the squad altogether; Emery’s comments about how other players deserve to play more; Raul sort of backing up the head coach but being a bit more measured about it; and all the while fans discuss and debate a player who is either the world class playmaker we’re missing to make the team gel, or someone who we need to move on ASAP.

I mean, that’s a lot of stuff by any standards. If Ozil himself is enigmatic, so too is everything that goes around him. I can’t quite remember a player like him, in terms of the discussion that surrounds him at all times. The less he plays, the greater the debate. Will he play on Monday? I doubt it, but after the official Arsenal website began the great Ozil redemption with a story on his birthday about how nice he was to David Luiz after Germany beat Brazil 7-1 in 2014, you never know!

Update: If you’re an Athletic subscriber, they’ve just dropped a big interview with Ozil by David Ornstein. Some fascinating stuff in there.

Enough, more tomorrow including some kind of an Arsecast. Until then.