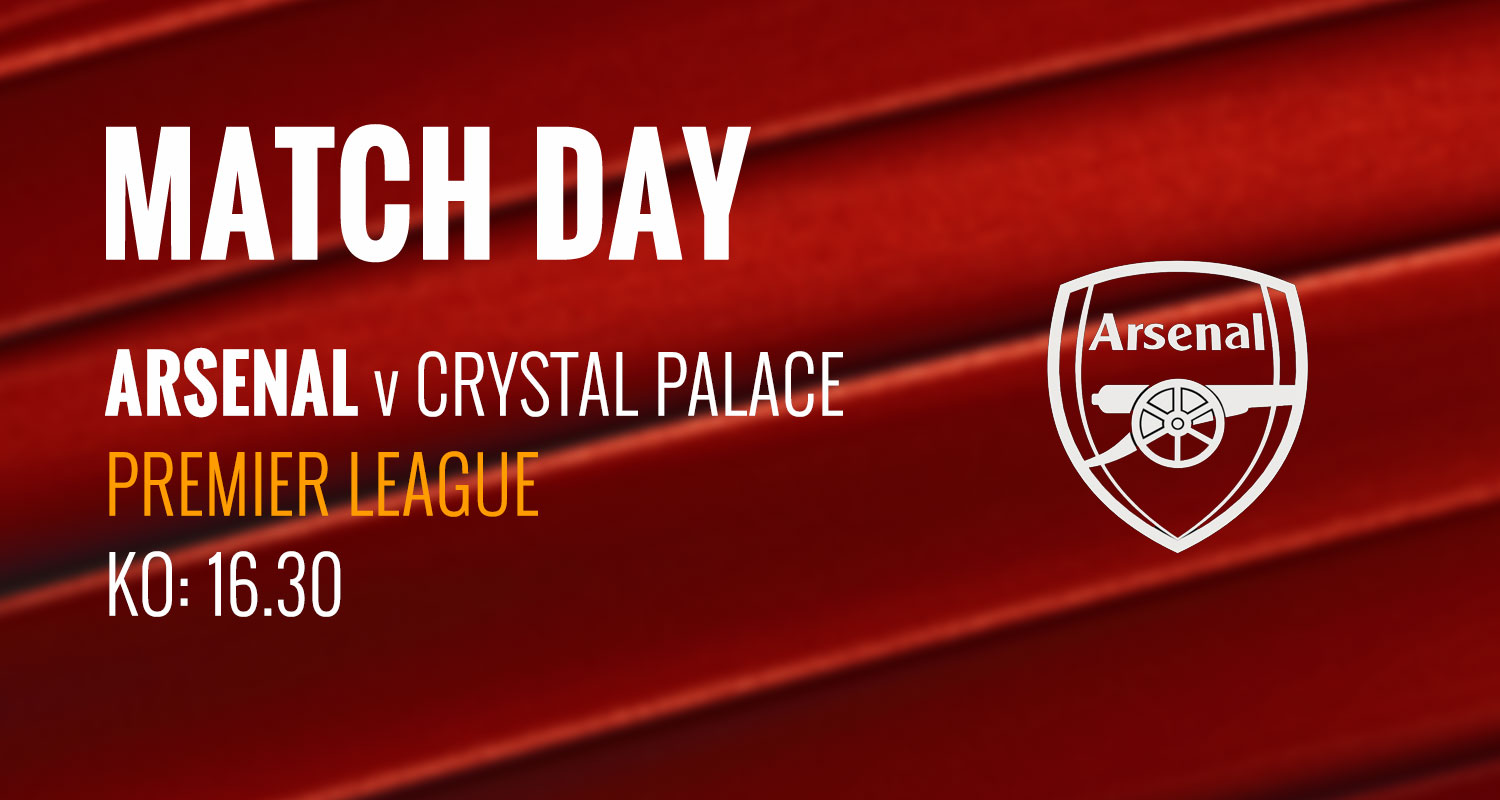 Morning all, if you’re in this part of the world, I hope you enjoyed your extra hour’s sleep last night. The clocks have gone backwards, which means longer nights, darker afternoons, and gloomy evenings. Perfect for the winter of discontent that Arsenal are set to serve up. I kid, I kid. Mostly.

Let’s hope that today is not one of those days, like it was last season when Crystal Palace came to visit. Every time he plays this season, Shkodran Mustafi’s redemption arc grows a little. He does his job, doesn’t complain that he was basically told to get lost by Unai Emery during the summer, and people respect that. I do too. But then I also think of what he did last season in this fixture and I find my sympathy drains away a bit.

Going into that game on the back of two good wins against Napoli and a shaky win at Watford, the 3-2 defeat sparked a run of results which basically banjaxed our season. We lost to Palace, Wolves and Leicester in a week, and the following week we drew 1-1 at home to Brighton. With it went Champions League football, so this is an itch which needs to be scratched today.

In terms of the team, I suspect it’ll be something pretty similar to the one we saw against Sheffield United. The two centre-halves will return; as will Calum Chambers and Sead Kolasinac for Hector Bellerin and Kieran Tierney who just played on Thursday, and if we’re being as sensible as we appear to be with their injuries, that’s not a realistic schedule for them to be on.

Midfield is Granit Xhaka, of course, as well as Matteo Guendouzi, plus one – who I assume will be Dani Ceballos. Who knows how shattered Joe Willock’s confidence is after being hauled off at half-time two games running. Even if he didn’t play particularly well, that’s not Emery’s smartest piece of man management when it comes to a young player whose season had shown such promise until recently.

It won’t be Mesut Ozil (more on him anon), so the on-loan Real Madrid man should get the chance today. Quite where he’ll play is interesting. The so-called ’10’ doesn’t really flourish in Emery’s so-called system, where we seem to be asking players to take turns at that position. Against Sheffield United it was have a go lads, and even against Vitoria in midweek we started with Smith Rowe there, Willock was there for a while, even Torreira, so if Ceballos can thrive he’ll be doing it against the odds a bit. Particularly as a key part of his job will be to connect midfield with attack, and he’s more of a ball circulator than a creator.

Up top I think it’ll be Pierre-Emerick Aubameyang, Pepe on the right, and Saka on the left – although Gabriel Martinelli’s midweek goal must put him in contention there too. Again, the fact Lacazette played on Thursday after a long injury absence probably means he won’t start this afternoon, but he will give us a goalscoring presence on the bench.

As for the opposition, we know what they’re about, we tried to buy one of their best players this summer, he wanted to leave but didn’t, and the whole thing clearly had something of a negative impact on him. Which makes me worry that today is the perfect fixture for Wilfried Zaha to come to life again. Maybe that’s me worrying unnecessarily, but we’ve seen this film before. Whether it’s a team or an individual, Arsenal are so generous and warm – capable of giving them that shot of adrenaline to the heart they so badly need.

From our point of view, having lost on Monday to newly promoted Sheffield United, nothing less than three points is acceptable today. Emery is already under pressure, so he knows that he’s got get a win, and even leaving aside the manager, results over the weekend have left us five points off the top four, and that’s a gap we have to close. Particularly as our goal difference is so dismal.

What we’ll get today in terms of performance and result is anybody’s guess. We’re capable of pretty much anything from each end of the spectrum. I suppose that makes it interesting in its own way, but I’d much rather be going into this game with some feeling of assurance about the way we’re going to play and what we might do.

Let’s see what happens. As ever, join us for a live blog, and all the post-match reaction, player ratings etc on Arseblog News.

I mentioned Mesut Ozil earlier, and the saga continues afresh with quotes from Unai Emery about how the decision to leave him out is not his alone. Having steadfastly refused to say much at all about his absence from the squad and whether he has a future at the club, the manager backtracked a little ahead of this game, saying:

Here we have one agreed strategy as a club and a team. Because the most important thing is the club, the team and finding a performance. Previously we were all speaking between us to take that decision. I know all the supporters want to know something, but now is not the moment.

Some think this provides clarity, that we now know what’s going on, but for me it just raises more questions. First and foremost, if this is a club decision, why? Is it just to force him out? That seems most likely, but what’s the overriding driver for it? Is it financial? Obviously not playing him means he doesn’t get any appearance money, no goal bonuses, no assist bonuses etc, but that can’t be just it. That’s drop in the ocean stuff.

Is Ozil’s behaviour so bad that we can’t tolerate it, and to set an example to everyone else we’re showing that reputation and star status don’t give you the licence to behave that way? I don’t believe that. Firstly, because football clubs are leaky places and if he’d done something that bad it would have come out. And secondly – because this is a PR war the manager and club are losing because of Ozil’s popularity with many – if there was stuff that would turn the tide in their favour you can be sure someone would get an exclusive about how poorly the player was behaving. Nudge nudge, wink wink, back page of the tabloids story etc.

What if it’s Emery covering his own arse, realising that his stance is losing him what little favour remains with him, so he’s washing his hands of it a bit? ‘It’s not just me, you guys!’

He might simply mean that they’re ok with him leaving Ozil out of the squad, rather than it being a board level strategy to make life so uncomfortable for the player that he leaves. I have a suspicion it’s probably this, and thus Emery’s comments might not go down as well as he might have hoped, because whether you like Ozil or you don’t, this really doesn’t reflect well on the manager or the club.

This is a situation which began in August 2018 with Emery freezing Ozil out for a training ground indiscretion, something he was perfectly entitled to do as he demonstrated that his dressing room was an equitable place. Yet here we are, 14 months later, and it’s still festering away. It feels more and more personal between the two – that super awkward video at training, the social media stuff from Ozil which doesn’t do anything but stir it up, even if you might feel like he’s entitled to bite back if he feels he’s being treated unfairly. And now Emery is telling us it’s him and the club versus the player at a time when the longer he’s out of the team, the more people want to see him in it because we’re so devoid of craft and creativity.

The whole thing is an absolute mess, and it’s unbecoming of a club which supposedly prides itself on its values and all that. Right now, after what the manager has said, we have an even bigger mess on our hands and it’s one that probably needs to be addressed by Raul or Edu, because the Ozil v Emery shit has hit has well and truly hit the fan now, and they’ve all been splattered in it.