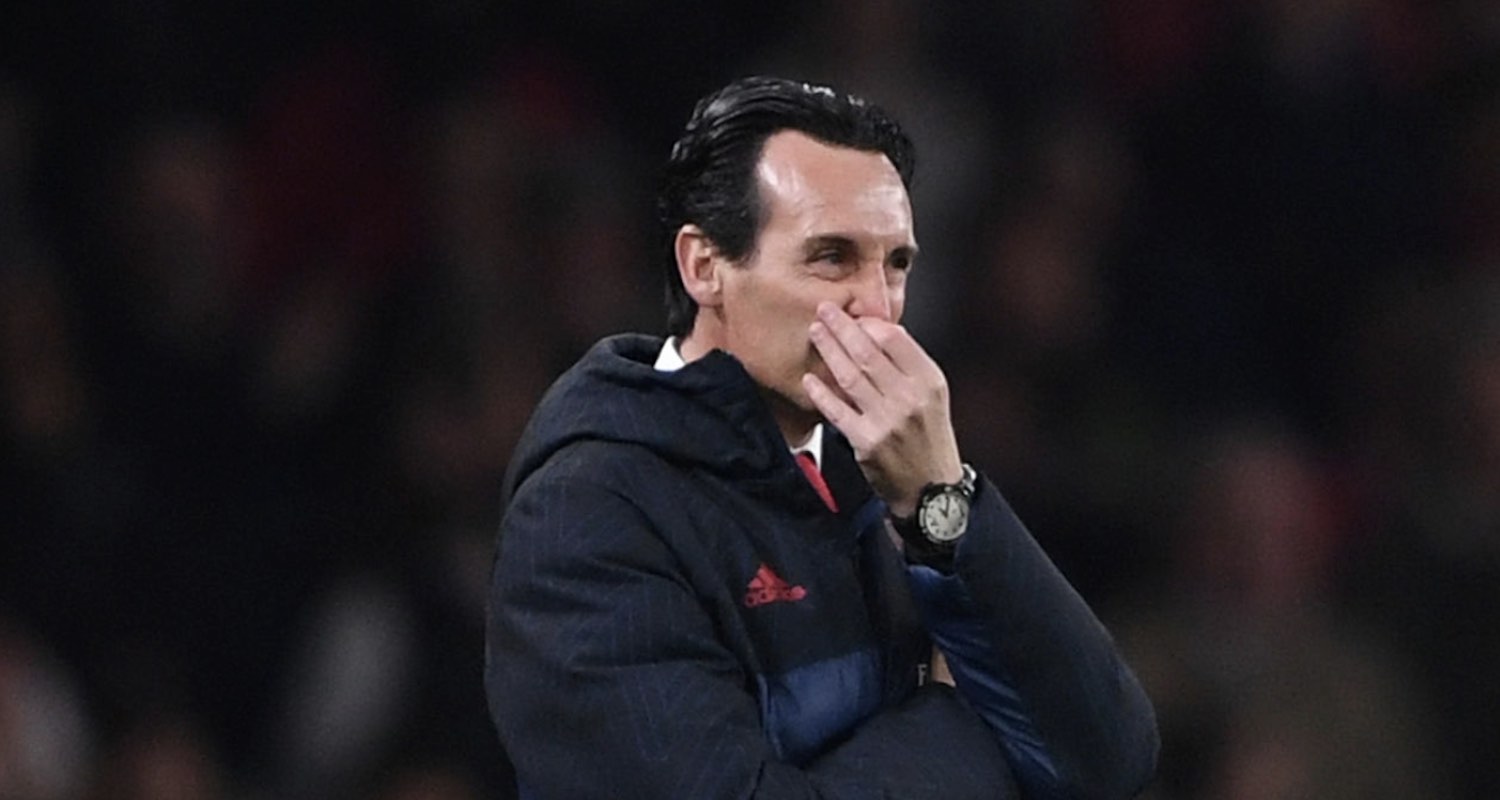 Morning all. A quick Saturday round-up for you. We play Crystal Palace tomorrow and ahead of that game there’s an interesting quote from David Luiz. Acknowledging the bad result in midweek, he says:

It’s one of those where you wish there was the very obvious follow up question: What is the philosophy? What is it that the players have to believe in from a footballing point of view? I think we can all get the belief in each other, supporting each other, the behaviour you want from any team, but beyond the interpersonal relationships and doing your best for the collective, what is it that they have to have a conviction in once the game kicks off?

It’s been a question that people have wondered about constantly since Unai Emery arrived, because it remains so fluid, for want of a better word, or nebulous to use another. Sometimes we press, most times we don’t. Sometimes we play it out from the back until we make a mess of it and then we don’t, and then when enough time has passed we sort of play it out from the back again, sometimes. We like to get it to full backs to put crosses and cut backs in, but at the expense of creativity in central areas.

We don’t believe in providing much service to our world class striker. We don’t believe in turning the screw on the opposition when we take the lead in games. What Leicester did last night against 10 man Southampton was something you wouldn’t see an Emery team do. Remember when we played Watford last season, scored early and then they had Troy Deeney sent off? We barely scraped the 1-0 win, and you feel if the same thing happened tomorrow we’d play the same way.

Even in the depths of the last stages of Arsene Wenger, when the football we played was relatively poor in relation to what had come before, the reputation we had for being a slick, attacking team persisted. I couldn’t tell you the number of times when discussing the side’s problems people would say ‘Arsenal play good football, but [insert something about the defence here]…’, and that’s no longer the case. That reputation we have for being a club who play attractive football is being diminished week by week, performance by performance.

Think about those wins over Nottingham Forest and Standard Liege this season. Of course a 5-0 and a 4-0 win are enjoyable results, but the reason they stand out so much is that they’re almost like throwbacks to what we used to be. They are conspicuous and stick in the memory because they are so rare these days. What Emery was supposed to do was adhere to some of the football philosophies that Wenger had established at Arsenal and build on an extension of solidity, tactical nous, and defensive security. Of course the latter might come at the expense of the former to a small degree, but not completely obliterate it from existence.

And if you think this is just me pining for Wenger, that’s not the case. It was time for him to go, but they all made it pretty clear when Emery was appointed what his job was. Here’s what Stan Kroenke said:

“He shares our vision to move forward, to build on the platform created by Arsene Wenger and help this club enjoy greater success.”

“Unai has an outstanding track record of success throughout his career, has developed some of the best young talent in Europe and plays an exciting, progressive style of football that fits Arsenal perfectly.”

“Arsenal is known and loved throughout the world for its style of play, its commitment to young players, the fantastic stadium, the way the club is run. I’m very excited to be given the responsibility to start this important new chapter in Arsenal’s history.”

There is nothing in what Emery is doing – beyond a couple of performances in low pressure cup games – that suggests he’s even coming to close to matching that remit. And look, there’s a style over substance debate that could rage on here, but if Emery was doing Emery stuff and it was good and the football was good, people would get behind it, because most fans know that when it comes right down to it, if you’re good you’re more likely to win games and achieve your season’s goals.

As far as I can tell, our philosophy appears to be to try and score first and hang on. And if we don’t score first, we then sit there and hope that some of the superb individuals we have produce something that rescues us. That’s not good enough for a club like Arsenal, surely? It’s like going into every game trying to unicycle a highwire blindfolded while juggling flaming skittles. When it comes off everyone goes ‘Oooh’ because it looks impressive, but when it doesn’t there’s no sympathy because it’s a stupid thing to try and do in the first place.

If we’re talking philosphers, William James once said: “There is only one thing a philosopher can be relied upon to do, and that is to contradict other philosophers.”

Arsenal have hired a man whose football philosophy contradicts the man who came before him. In that sense is it surprising that Emery has completely isolated Mesut Ozil, a player who encapsulated late stage Arsene Wenger? Maybe he has good reason, maybe not. We’re in the dark so we fill in the gaps to our own liking. That whole situation is now ever more damaging for the club, and I wish someone with authority would sort it out once and for all, because it now feels personal between them and that’s an unsustainable distraction.

More waffle on the new Arsecast Extra. Listen subscribe below, back tomorrow with a preview of the Palace game.