Home Arseblog, the arsenal blog Arsenal top of the league … in shots against, penalties conceded etc 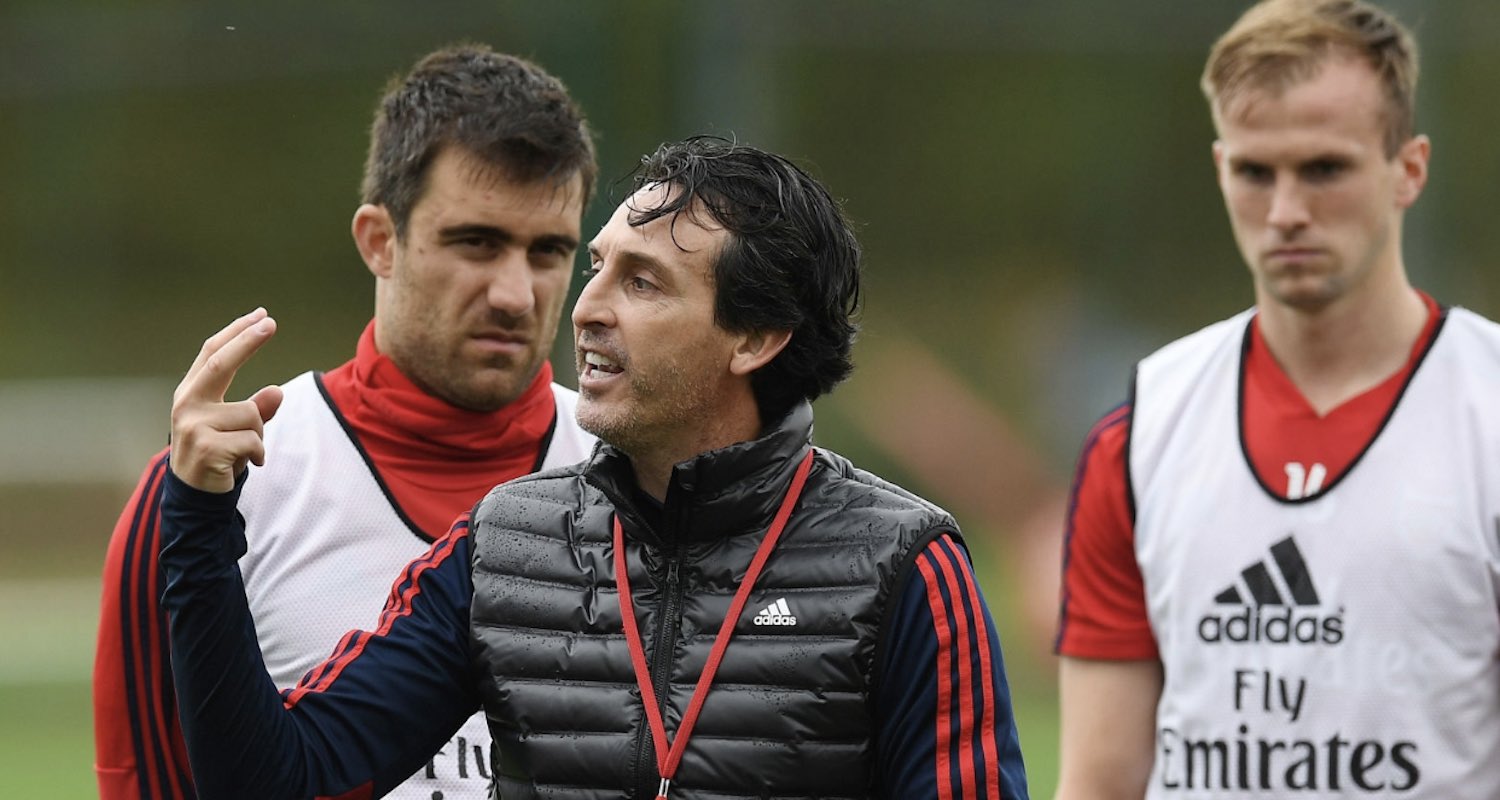 Morning all. I said yesterday that I’d seen a Tweet over the weekend which would spark an interesting blog post, but I didn’t want to spoil anyone’s Sunday with it. It’s Monday now though, so welcome to a brand new week!

This is the Tweet in question, regarding our ‘defending’  (rather than the defence itself), and the amount of shots we allow:

This season it is 17 per game so far.

The Invincibles allowed 9.9 per match https://t.co/RyBonFmSJE

Clearly that’s not ideal, even if you might make the argument that the data is skewed a bit by the low sample size this season – just eight Premier League games – and that appalling second half at Watford in which they had a record breaking number of shots. How does it measure up to other teams though?  On this, and some of the other points in this post (which I will italicise), I have to thank our friend @Orbinho who I’m sure many of you follow anyway, but if you don’t, do it now for all the delicious Opta data you’ll need throughout the season.

Man City have allowed 6.9 per game (the best in the division), Liverpool 9.6 per match. The Premier League average for all teams is 12.8.

Interestingly, the quality of chances Arsenal are giving up is the second lowest in the league behind Burnley right now. The average Expected Goals value of a shot Arsenal face is 0.09, or in other words you would expect one in 11 of those shots to go in. This means teams are trying speculative long range and less clear cut shots at our goal. The problem of course is the sheer volume.

Only Norwich (143) and Villa (142) have allowed the opposition more attempts against them than Arsenal (136) so far this season.

And that was part of the issue with Watford for me. Sure, we let Gerard Deulofeu pepper the goal from all kinds of angles, but it’s the pressure it puts you under. You sit deep, you try and defend, you find it hard to get out of your box, and inevitably you crack under that pressure. It was the same at Liverpool for me. I know many agreed with Unai Emery’s tactic of letting the two best attacking full backs in the Premier League put in cross after cross, but if you allow a bombardment, eventually one or two will find their mark, or the weight of their relentlessness sees them make a breakthrough.

In terms of Expected Goals conceded, Arsenal can’t say they have been unlucky. This season Arsenal have shipped 11, whereas the quality of chances we have given up should have seen the average team facing those chances concede 12.1.

Which suggests to me that while a lot of the focus for our poor defending remains on the defence/defenders, there’s a fundamental issue that goes a lot deeper than that. Personnel have changed, yet the problems remain. It’s a cliché to say that defending isn’t the sole preserve of the back four, but it’s true. Stopping danger before it gets to your final third is a big part of it. Protecting your defence and your goalkeeper is the job of players further forward, especially midfield which, I think it’s fair to say, is an area in which a big improvement can be made.

Another way to prevent the opposition having chances is to have the ball. Which leads us to:

In Wenger’s final season, the Gunners’ average possession was 62%. Last season under Unai Emery, this dropped to 58%. This season so far has seen us average 54% of possession in our eight games so far – the lowest for the Gunners since Opta started collecting data in 1996.

Lack of overall possession isn’t an issue in and of itself. The Invincibles averaged only 57% per game, which is lower than most of the seasons since, but of course game state was a critical factor. In 2003-04, Arsenal were often ahead in matches and were quite happy to defend and score goals on the counter attack, but the opposition can’t score if they don’t have the ball and if you can’t defend effectively, having a smaller share of possession isn’t going to put the team under pressure.

And passing accuracy is at its lowest level since season 2006-07. This campaign, the Gunners are completing 76% of passes in the opposition half – it was 78% last season. Under Wenger in the last six or seven seasons, the accuracy was around 80% on average.

How often have we spoken about this? We are a team that struggles to control games, quite often because we’re fire-fighting. We’re either trying to hang onto a one goal lead, or looking to overturn a deficit. Interestingly, the games in which we’ve had the most shots this season – Sp*rs and Villa – are ones in which we’ve gone behind, and have had to chase. We’re not a team that plays often enough on the front foot, and even when we score first – think Bournemouth last week – we find it difficult to take advantage of that and turn the screw.

Also, I think we can all think of moments in possession when we’ve given the ball away cheaply and put ourselves in trouble. Our tendency to do this obviously impacts our possession, but also plays into the xG Against, because turning the ball over in your own half gives the opposition an opportunity to attack while we’re on the back foot and trying to make up for the mistake.

It can lead to desperation defending which is either ineffective or which leads to free kicks and far too often penalties.

Arsenal have conceded more penalties (10) than any other team since Unai Emery took over.

None of this is a new phenomenon. Arsenal conceded 16 penalties in the previous two seasons and Arsenal have conceded a goal from 40 of the last 42 penalties faced in all competitions – 95% conversion. The average penalty conversion rate is 78%.

You can look at all the issues above and see how they play into this. Being under pressure leads to recklessness or a need to attempt a challenge which has a high risk of conceding a penalty. Unfortunately, that’s not always the reason we’ve given penalties away – you can think of quite a few which were just down to the player in question being just stupid, but it remains a problem. We top the charts this season with 3: Liverpool when Luiz pulled back Salah; Xhaka’s ludicrous slide on Son in the derby; and Luiz again in the game against Watford.

I recall a lot of frustration being directed towards Petr Cech for his poor record in saving penalties, but to me that’s a bit like getting angry at the dog when you leave a succulent steak lying unattended and in easy reach. The real solution is prevention, stop giving them away – and it’s something Emery is going to have to work on throughout the rest of this campaign.

Anyway, some interesting underlying numbers which are quite worrying, but at the same time lend themselves to considerable improvement if we can add a measure of organisation, control and common sense to our football. We’ll get a clearer picture of whether or not we can do that when this Interlull is over and we continue on this run of fixtures which you have to say – on paper at least – are quite winnable.

Thanks again to @Orbinho.