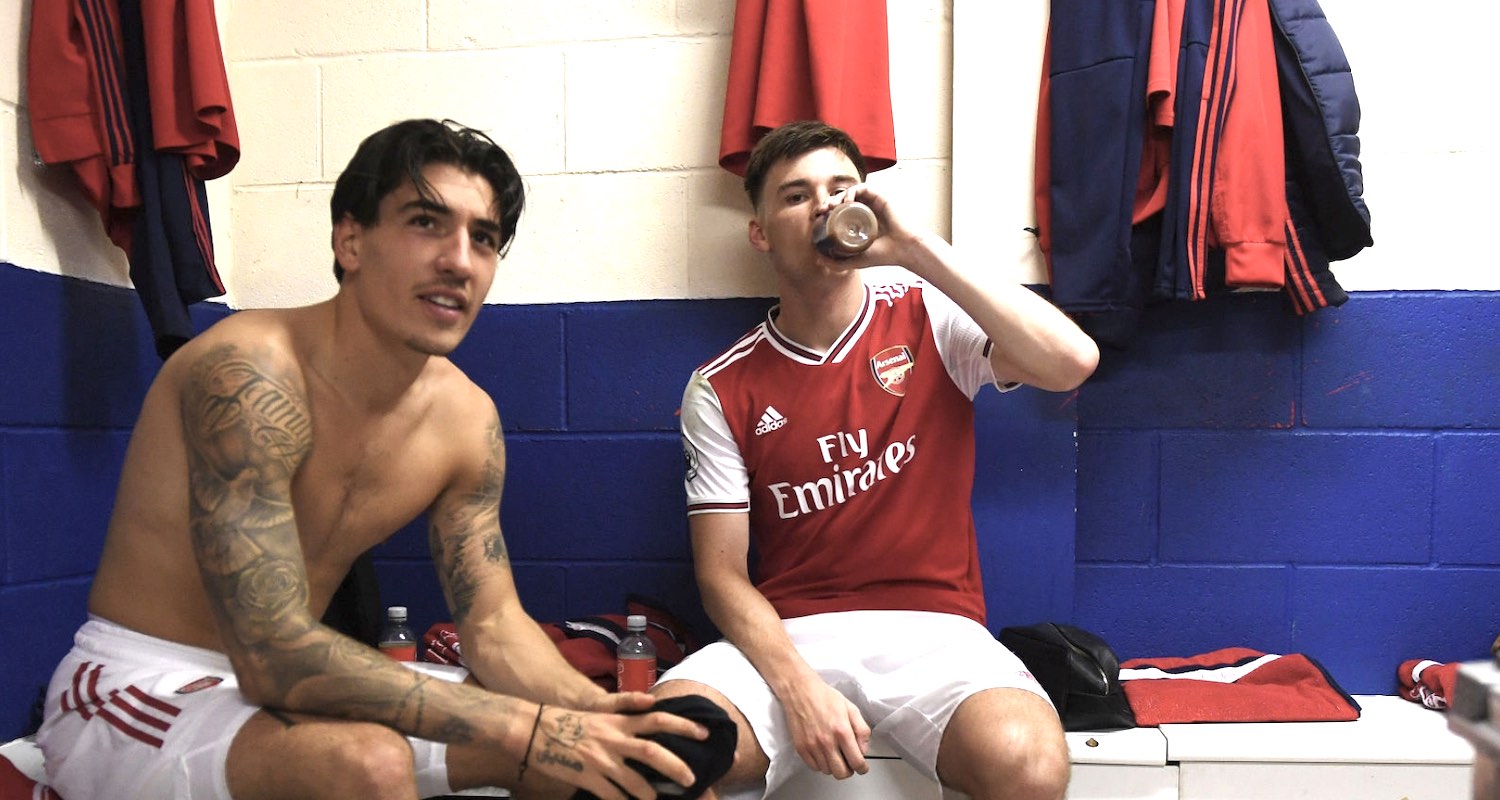 We’ll preview the Villa game tomorrow, so today we’ll do some Saturday snippets. Starting with:

Our flying full backs made their returns from injury in the U23s 2-2 draw with Wolves last night. Both of them played 62 minutes, and it’s great to see. Particularly in terms of Hector. I’m as excited as the next person about seeing Tierney in red and white, and I have really high hopes for him and what he’s going to bring to the team, but Bellerin’s been our boy for a few years now, and having suffered a ruptured ACL in January it’s been a long way back for him.

Look how happy he is!

? "After eight long months, I'm finally in the red and white and on the pitch!"

We all have high hopes about what the team might look like with him and Tierney at full back – and also Rob Holding in the middle because his absence plus the calamitous performances from the current centre-halves means he’s not just better than Cannavaro at this point, he’s also better than Baresi, Adams, Beckenbauer and, well, Pele.

We’re gonna have to be a bit patient though because the recuperation, particularly for Hector, is going to have to managed carefully. He’s been out for almost 9 months, so ensuring he doesn’t pick up another injury while getting him back to full match fitness is always a serious consideration. However, this is significant step in the right direction and it’s great to see.

Like many I was concerned that he started against Frankfurt, but I could also see that Emery didn’t have a lot to work with in terms of his squad. Eddie Nketiah should have been our Europa League striker this season, but he’s banging them in for Leeds instead. He looks to have come through the game fine, no injury, and he got yet another goal, but the real evidence of how smart it was to start him – and play him for 90 minutes – will be on view tomorrow when we face Villa. He’s got to do it all again because we’re so reliant on him and his goals, but maybe Emery told him to push it this week with three fixtures, and then he’ll have a good rest before next weekend.

I also think there’s a bigger picture to consider with Aubameyang. He is an elite striker at the very top of his game, and while I’m not saying he’s slumming it in the Europa League (ok, I am), he’s at a point in his career where I don’t think he’ll want another outside the Champions League. Amy puts it perfectly in a piece for the Athletic (£):

He is every fibre a Champions League player on Champions League wages playing Europa League football. He is one of only six players in European football to have scored more than 25 goals in each of the past five seasons. Only Lionel Messi, Cristiano Ronaldo, Luis Suarez, Robert Lewandowski, Sergio Aguero and Aubameyang have achieved that level of consistent threat.

That is why Arsenal have to do their utmost to form a more robust unit behind their attacking jewels.

If you try and think of Arsenal without Aubameyang right now, it’s a scary thought. He’s our most productive talent, and our chances of doing anything in any competition are almost zero without him. But we also need balance. It’s easy to become reliant on one player when they’re as good as he is, but Emery has to find a way to make the team effective so we get the best from Aubameyang and he helps bring out the best in others – while ensuring that we have Champions League football to give him next season.

I genuinely think this will be a consideration for Raul and Edu etc, because he’s into the final two years of his contract having not put pen to paper yet on a new deal. If you were him, would you do it right now? I’m not sure because there’s this air of uncertainty around the coach and his ability to achieve that top four goal this season. A situation to keep an eye on, for sure.

Man of the moment Bukayo Saka has spoken about how influential Freddie Ljungberg has been on him and his career. The pair have worked together since he was 15 – which sounds longer ago than it is because the young winger has barely just gone 18 – but it’s clear this group of Academy players has a real connection with their coach. His presence in the first team set up is easing them into life with the senior team, and those who have wondered about Emery’s communication skills won’t have missed this snippet:

It helps so much. Sometimes when I don’t understand when the coach is trying to communicate with me, I have a better communication with Freddie, he speaks better English.

Off the back of Alan Smith’s piece from last week about how there’s some confusion among the players about what they’re been asked to do tactically, it’s just an interesting sidebar from a young player. I don’t think he was trying to do anything but talk up how good Freddie is, but inadvertently he’s raised an issue which people have been wondering about before now.

I also have a feeling about Freddie, not because of how handsome he is (not entirely anyway), but I wouldn’t be at all surprised if he held a more significant role in the not too distant future.

Right, tomorrow we can preview the Villa game, talk about Emery’s comments about defensive solidity, and all the rest. For now, have yourselves a great Saturday.

Reminder, if you haven’t had a chance to listen to the Arsecast yet, find it right here, and if you need something more and you’re not already an Arseblog Member on Patreon, James and I launched a new monthly podcast on there in which we specifically talk about everything except Arsenal. If that tickles your fancy, sign up at patreon.com/arseblog for instant access to that and everything else, and it costs just €5 per month.