Home Arseblog, the arsenal blog Roma are going to play with our Mkhi but Mustafi remains 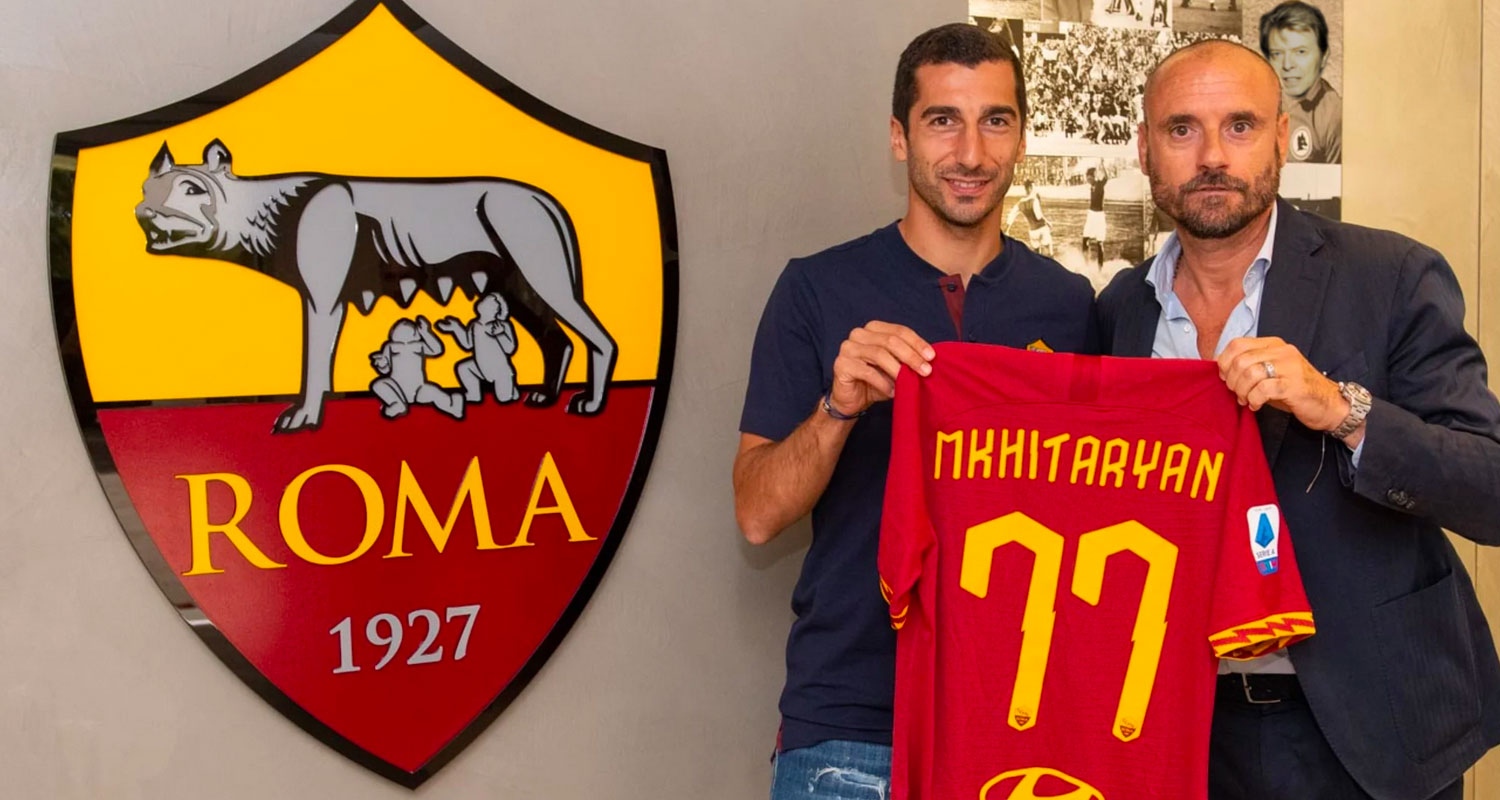 Welcome to the first Interlull of the new season! That’s right, there’s now a two week break where we have no Arsenal at all, but this is what happens every season so we should be used to it. You might even say that for us it’s not a badly timed one, because it will give us a chance to get the likes of Rob Holding, Hector Bellerin and Kieran Tierney closer to first team action.

Anyway, yesterday was transfer deadline day across Europe and we were expecting/hoping for some departures. The main one was Henrikh Mkhitaryan who has joined Roma on a season long loan deal. I suspect this is one which happened very late and very quickly, because using him as a substitute in the derby suggests exactly that. If you knew he was leaving, you wouldn’t play him, while questions about why we didn’t use Reiss Nelson, Joe Willock or even Mesut Ozil are a separate issue.

Suffice to say that his final appearance for the club summed up what has been a pretty disappointing time in North London for the Armenian. He had one spell of decent form which lasted about 6 weeks, but that aside he was lightweight and frustrating. He reminded me a bit of Theo Walcott in that he had this ability to drop a 2 out of 10 performance in any game, but then score a goal from nothing which skewed your perception of how he played.

Emery liked him because he had energy, he was a runner, and the Spaniard is big on a player’s physical attributes. It’s probably why he was brought on on Sunday rather than Ozil. It’s not about his quality on the ball, or what he can do with it, but his ability to pick up the pace of a pretty intense game, while the German isn’t a particularly great substitute. Sadly, being able to control and pass the ball accurately is a pretty fundamental part of football, and Mkhitaryan’s inability to do that against Sp*rs was striking.

He looks a shadow of the player he was at Dortmund, to be fair. Whether it’s age, a declining talent which can often be inextricably linked to a rising wage packet, or that he’s just not a player particularly suited to the Premier League, it’s hard to know. However, from an Arsenal point of view, Roma are covering the absurd £200,000 a week we agreed to pay him when we swapped him for Alexis Sanchez, so that’s a positive from our point of view, and if he can find his mojo again in Italy then good luck to him.

What his departure clearly signals to me though is that there’s a pathway to more first team being created for Reiss Nelson, and perhaps Emile Smith Rowe and Bukayo Saka as the season goes on. The football executive committee at Arsenal have asked ‘Can these lads give us what Mkhitaryan does?’ and decided yes, yes they can, and between them they earn about 20% of what he does, so it was a no-brainer. Some have wondered if it leaves us short of depth, but for me we’ve moved on a player whose only consistency was in his under-performance, and made space for some of the young, exciting players at the club who need to play in order to develop. It’s a good deal for everyone.

So, when you consider the squad at the end of last season, the list of players who have left is quite striking.

By my back of a matchbook maths, we’re probably saving around £1,000,000 a week in wages with those departures – a figure obviously offset somewhat by the players we’ve brought in. However, that’s some serious housekeeping in one summer, and when you consider just how many players have left the club since the start of the 2017-18 season it’s a massive churn.

Off the top of my head: Alexis Sanchez, Theo Walcott, Olivier Giroud, Francis Coquelin, Lucas Perez, Jack Wilshere, Santi Cazorla, Per Mertesacker, Alex Oxlade-Chamberlain, Joel Campbell, Gabriel, Mathieu Debuchy, Kieran Gibbs, and more. To suggest we haven’t been active in the transfer market is completely inaccurate, but perhaps now we’re able to discern a more strategic approach to our recruitment and our selling.

One player who didn’t leave though, is Shkodran Mustafi. Arsenal could not have made their position any clearer. At least twice, if not more, Unai Emery publicly said that the player needed to find a new club. Of course by making that declaration, you weaken your hand in any negotiation, but I think that’s something the club were prepared to live with in order to drum up business. I think they wanted to tell other clubs, ‘Yes, you can have him on the cheap’.

Unfortunately it doesn’t appear as if there were any takers. Arsenal will have been working hard behind the scenes to make something happen, what we don’t know is how much effort the Mustafi camp put in at their end. I’m sure when your manager tells you you’re not wanted, you’d be keen to leave, so I doubt it’s a happy situation for him, but in the end he’s going to earn his wages and play very little, so it’s not ideal for anyone.

At the moment we have three fit centre-halves, with Rob Holding to come back soon. I hesitate to mention Dinos Mavropanos because he’s been plagued by injury and we simply don’t have enough of a sample size from him in terms of appearances to make any definitive judgements about him as a player. What I would say though, is that in two years he’s played just a couple of games at an important, formative part of his career, and the idea that he could just slot into the Arsenal first team without gaining some experience on loan somewhere seems a bit fanciful.

Mustafi will probably play a bit in the Europa League, and that’s fine, all things considered. The Premier League has to be our top priority this season, so anything that can help keep our main men fresh for the weekends is all right by me. Obviously, I think it would have been best if he’d left, but he hasn’t, he’s still an Arsenal player so – if we have to – let’s use him in a way which helps the overall balance of the squad throughout the season.

Right, that’s it for me for a week. I’m off on holidays to eat my way around the Basque country and possibly snaffle some Jamon Ruffles too. I will leave you in the very capable hands of Andrew Allen and Tom who will be here to carry on the blogging, and we’ll have news as usual over on Arseblog News.