Home Arseblog, the arsenal blog Granit Xhaka: A captain for now who has to rise to the... 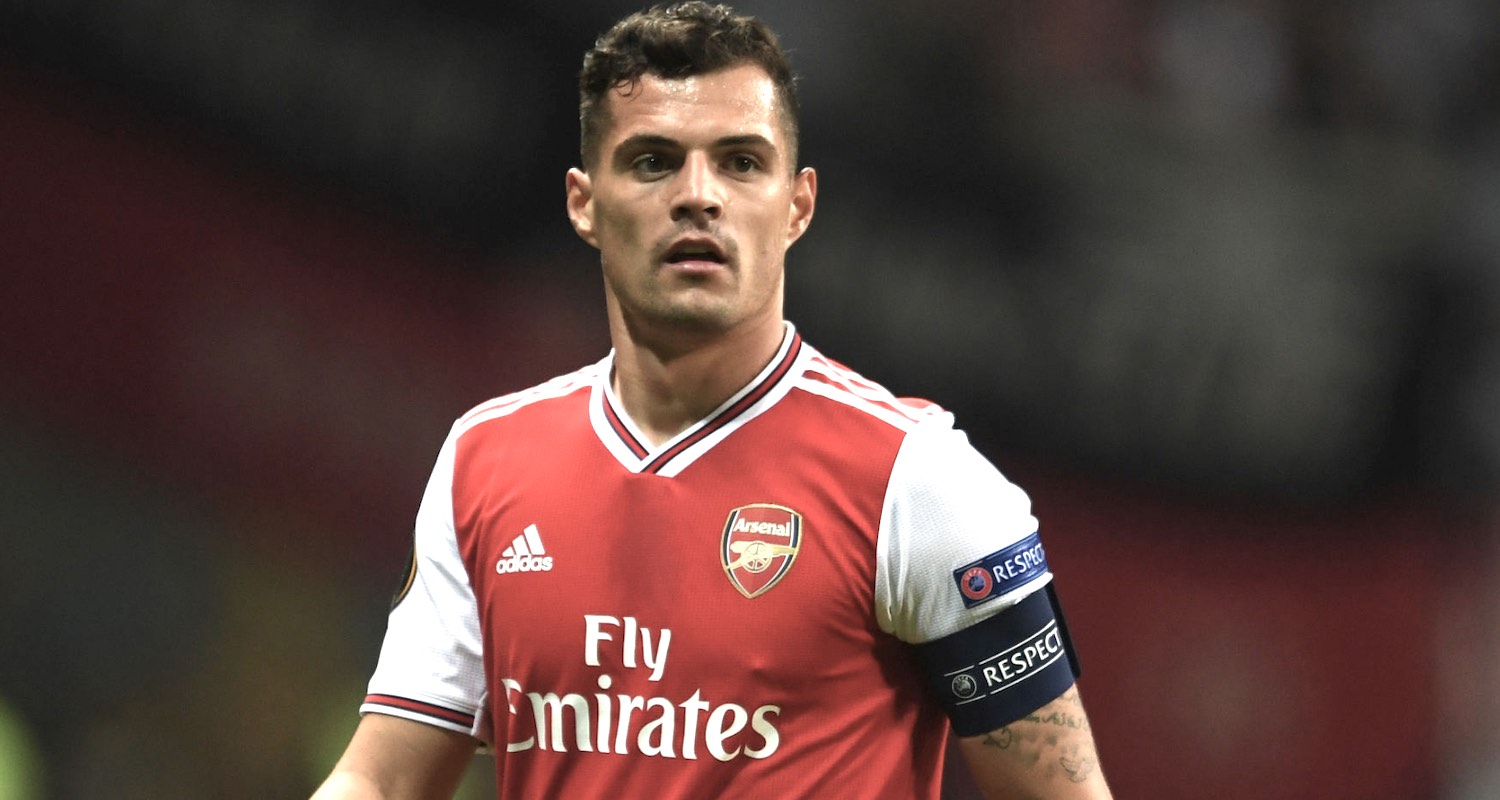 Morning all, a quick Saturday round-up.

So, as many people expected Granit Xhaka has been named Arsenal captain. Quite why this decision couldn’t have been made weeks and weeks ago is anybody’s guess, but it’s done now. Laurent Koscielny left on August 8th, Emery’s desire to wait until the end of the transfer window to see if there were any other significant departures was not unreasonable I suppose, and in fairness one of his potential captains – Nacho Monreal – left for Real Sociedad.

Still, the transfer window closed at the start of September and it’s taken this long to sort it all out. It’s hard not to think that he was worried about making a potentially unpopular decision and that was part of the delay, but being able to say that the players voted the Swiss international as their number 1 gave him a bit of a cushion when it was announced yesterday.

For some people the captaincy is an irrelevance really – and as I’ve said before, in the absence of that one exceptional candidate, I’m fully behind the idea of collective leadership. It makes sense on all kinds of levels if everyone feels responsible and capable on and off the pitch. For others though, the captaincy is a real honour, something to be proud of and a job at a football club that has a measure of importance and stature about it.

I know people have referred to the fact that in recent years we had a couple of non-playing captains, but the reality of the Arteta/Mertesacker situations is that they were senior players who unfortunately were blighted by injury as they came to the end of their careers. Both were highly respected within the dressing room – in no small part because of what they consistently delivered when they played – and there were no dissenting voices when they were appointed to the captaincy.

With Xhaka, frustration over him as a player and kind of what he represents, means reaction to this one is different. I think Amy Lawrence summed him well in a piece for the Athletic, saying (£), “Xhaka somehow manages to represent the perfect captain and imperfect player in one package.”

He seems to be well liked and well respected by the other players; this week Rob Holding spoke highly of him, saying:

Xhaka is great. He is really switched on to people being late, people using the phones. He is quick to dish out the fines. I think he is a great leader and just another positive person to have in the changing room.

And yet Emery admitted yesterday that there is a challenge for his new captain, and that’s the address the criticism leveled towards him as a player. Explaining why he eventually made the choice he did, the Spaniard said:

To be fair that’s up front, honest, and unquestionably accurate. I have to say, while Xhaka definitely frustrates me, I have been slightly taken aback by how quickly the tide of opinion has turned against him. The penalty against Sp*r was the height of stupidity, and there’s no possible way to defend him for that. It was another big error to add to his collection, and I can understand why there’s a desire for something different in midfield. Nevertheless, the massive amplification of criticism towards him is a bit unusual. When was the last time an Arsenal captain was heckled off the pitch the way he was against Villa? It’s not nice, but it’s also the reality of the situation at this moment in time. Perhaps, in some ways, he is on the pitch manifestation of frustrations people feel about the manager – and thus a target because of that.

However, appointing him captain feels like a decision which doesn’t just say he’s our leader, but that he’s a fixed presence in the starting XI – regardless of how much the ‘five captains’ thing gives Emery an out in that regard. Given that, I sincerely hope that he can change the opinion that’s so prevalent these days, and maybe it might be something that becomes a positive for him. Perhaps the responsibility will increase his focus and concentration, and thus the overall quality of his performances. It’s something of a gamble for Emery though, because if it doesn’t – and if we see another calamitous error or daft foul which puts us in trouble – then he’ll stand accused as the man who knew the player’s flaws and still put that much faith in him.

Personally, I think Xhaka represents something I’m looking for Arsenal to move away from. Which isn’t to say he’s not decent player on his day, he certainly can be. But he’s not a player with the charm and personality of Aubameyang; he doesn’t resonate with the quality of Lacazette or the potential of Pepe; he doesn’t showcase the exciting, fresh talent that comes from our Academy, like Joe Willock, or the continued development of Matteo Guendouzi. Those two guys – and the other young guns hammering on the manager’s door with their performances – feel like the future, whereas Xhaka is a significant part of a very frustrating and disappointing recent history. As we look to get back into the top four and build a team that might eventually be good enough to challenge for the title again, Granit Xhaka is the Europa League.

Anyway, as I said I hope he can rise to the challenge, because it looks like he’s going to play a lot, and given his first test as captain is to lead the team at Old Trafford – where we haven’t won in 13 years – he’s got an opportunity to make his mark quite quickly against a a United side who are struggling at the moment.

As an aside, the other four captains are Pierre-Emerick Aubameyang, Alexandre Lacazette, Hector Bellerin and Mesut Ozil. I’m delighted to see Auba and Hector in that group, and with the other two that’s a group of players that the young talent at this club can really connect with (even if the manager himself might only fancy four of the five).

Right. That’s enough for this morning, have yourselves a great Saturday whatever you’re doing.