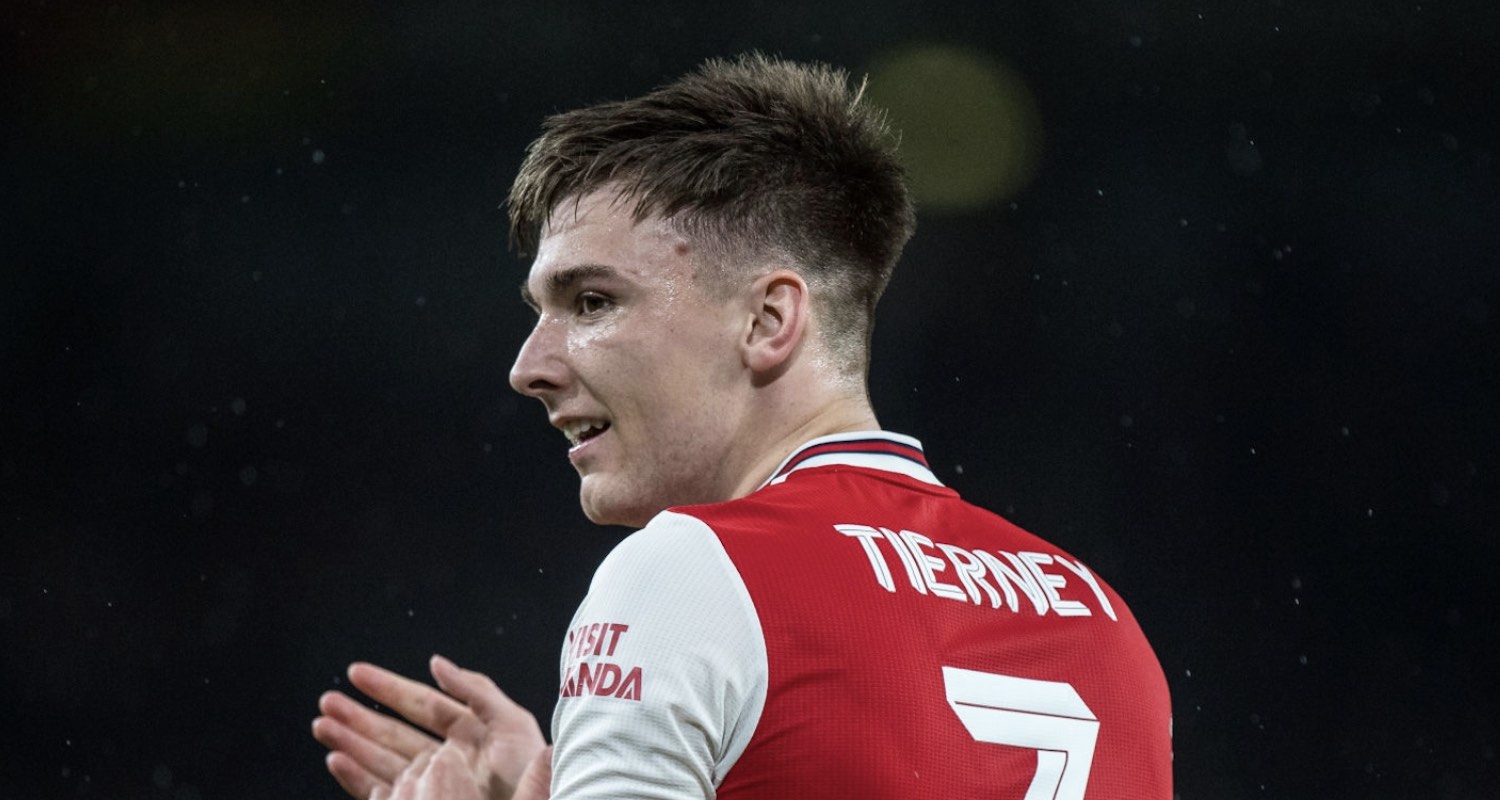 Morning all, a very quick Sunday round-up for you. I don’t know where you are in the world, but the rains have arrived here in Ireland. If I were down in Africa, I would bless them, but as I am nowhere near the beautiful vista of Kilimanjaro rising like Olympus above the Serengeti, it’s a different thing.

Yesterday in the Premier League, none of the results went our way in terms of what our perceived top six rivals did. Chelsea won, Liverpool and Man City won (not that we’re their rivals per se), and Sp*rs won (ugh). The table shows a whole clutch of teams around the 11 point mark: 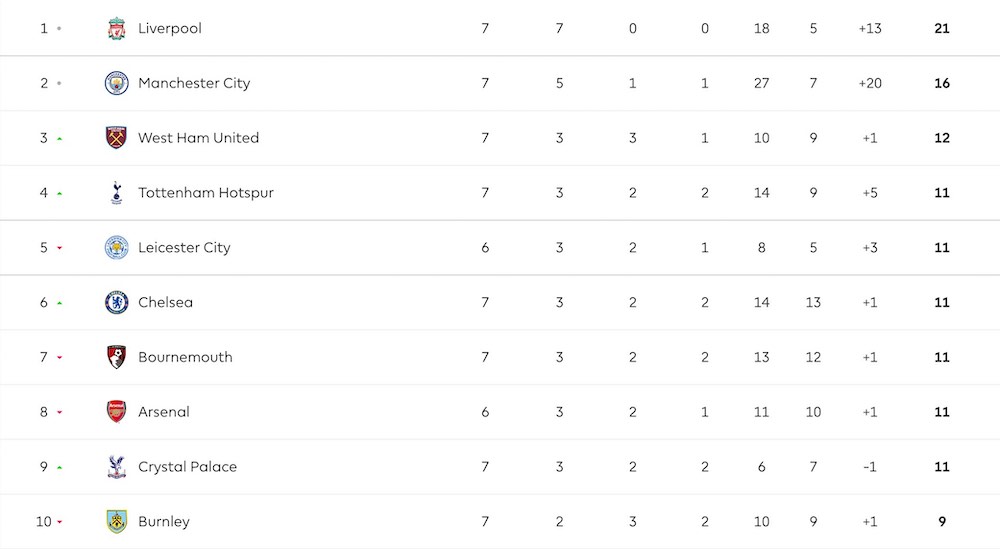 Leicester can move themselves onto 14 points if they beat Newcastle today, and when I mentioned earlier about perceived rivals for the top four, I wonder if there might be another team or two in the mix this season. I know it’s early days and there’s usually a side which does well early on then slips back, but so far they look decent – certainly good enough to give us, Chelsea and United, a run for our money if they can find consistency.

United sit 11th right now on 8 points, so a win for us tomorrow night would put us 6 clear of them. Again, early days, but if we could add to their struggles it’d be a real positive for us. Of course I am sitting here wondering how exactly we’ll manage to breathe life back into their wretched season, and while some might call that fatalistic or even pessimistic, I base this on years of painful experience and also watching us try to defend this season.

In early sort-of team news ahead of the trip to Old Trafford, Hector Bellerin played for the U23s yesterday, doing the full 90 minutes and getting an assist in a 2-2 draw with Liverpool. That’s another step forward for him as we manage his cruciate comeback, but it obviously means he won’t be in the squad tomorrow. However, neither Rob Holding or Kieran Tierney were involved, and I that means they’ll be in Manchester.

Will they play? I can’t predict Unai Emery. Should they play? Certainly Tierney should come into the team after a bright debut against Forest, but I do wonder if Holding might be held back. Not because we don’t need him. It’s hard to watch David Luiz and Sokratis and not think one or both of them should be taken aside and told ‘It’s time to sleep now, good boy, there we go, you won’t feel a thing, just close your eyes’, but I do think Tim makes a good point when he talks about the difficulty of their job in this current Arsenal set up. Is that likely to be much better tomorrow? Unless Emery does something radical with his team – which feels unlikely – chances are our midfield will be the soft butter through which United’s blunt knife can cut through with ease.

Do you then throw Holding into that situation for his first Premier League game? I suppose you could, and if Emery is desperate enough to try and achieve something different defensively, you could see him doing it. The other consideration, and maybe this isn’t a real thing, but the psychological element. It was at Old Trafford where he picked up that ACL injury, and while it might be the perfect place to consign it to history and move on, it might be something that affects the team selection. We’ll see soon enough, and we’ll have more on that game when we preview it on the blog tomorrow.

In non-Arsenal specific but Arsenal related news, it looks as if Pierre-Emerick Aubameyang is set for an international return having fallen out with the previous Gabon set up. Their new coach Patrice Neveu, says:

We finally agreed to Paris on a day of rest granted by Unai Emery. And it went very well! In fact, we were both waiting for this meeting. Pierre-Emerick has told me he will be there, the national team can count on him.

That’s good for Gabon, but less good for us. It’s also an addition to his workload which means Emery has to be careful about how he uses our most important player. Can we now PLEASE – having played him in the most difficult group game – sit him out of the rest of the Europa League games? Gabriel Martinelli showed against Forest he’s an option for the central role, and we have a couple of really promising young strikers at U23 level who would love a game, so there’s no need to risk Aubameyang in this tournament at this stage.

Finally for today, those of you who use the Android app will find a long-awaited update for it in the Google Play store. It’s been redesigned and spruced up, although there are a few little tweaks still to come in the very near future. Notifications work again, and if you’re an Arseblog Patreon Member you can log in with those credentials and get an ad-free app. Anyway, have at it, and we also have an iOS app available in the App Store.

Ok, have a lovely Sunday, hopefully where you are it’s warmer and drier than here. Back tomorrow with a full United preview.