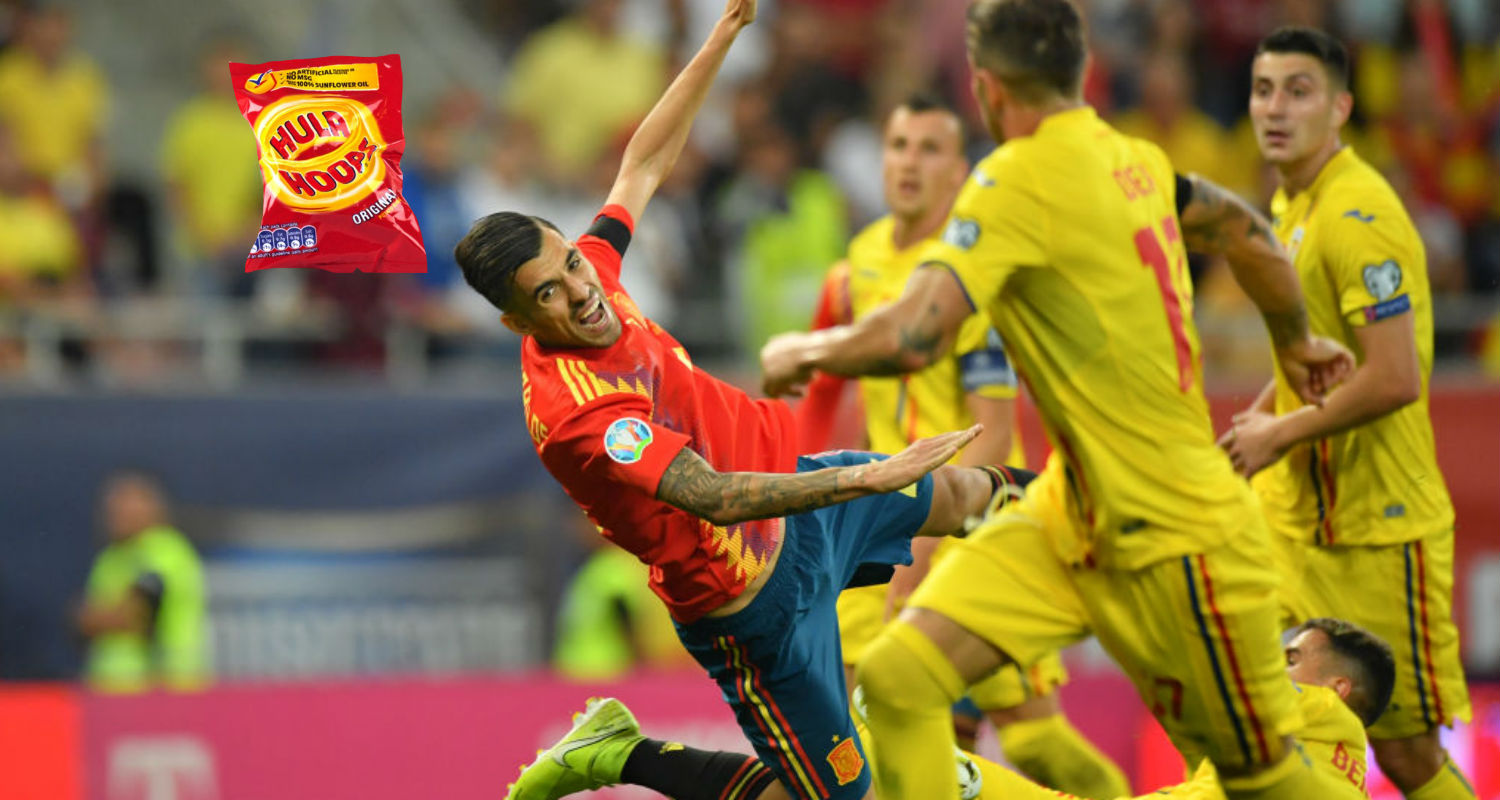 Yesterday, while Blogs was posting Instagram snaps of glorious Basque bites and beaches, I was eating a really shitty Sainsbury’s sandwich and enduring a stressful afternoon at the day job.

Not that you asked, but every bite of my ‘Be Good To Yourself’ roast chicken on white bread sarnie was truly lamentable. The only thing that cheered me at the time was a ‘Grab Bag’ of Hula Hoops, which, and I’m not trying to start a war here, are the unrivalled king of daytime crisps. If you can’t wear your savoury snacks as jewellery, I’m not interested. So as far as I’m concerned, Jamon Ruffles can do one.

Blogs won’t be able to make me jealous when the next Interlull rolls around. Because in October, I will travel to America. To Los Angeles. The City of Angels. La La Land. El Ley. Lotusland. El Pueblo. Zlatantown. Becksville. As you can tell, I’m quite excited. The last time I visited was 1987 and I went on a Dumbo ride at Disneyland.

Do I have big plans? Not really. Aside from eating oversized plates of artery-clogging carbs and then staying up late into the night to post pictures of said food on social media just when I know Blogs will be thinking about lunch in rainy Dublin.

Well, that and I’m going to fix the shirts on that Arsenal mural that appeared in Venice Beach this summer. I can’t be looking at Fly Emirates where JVC and O2 should be. I don’t care if the artist meant well, that’s just wrong. Assuming I’m not arrested, I’ll probably come home after that.

To football matters. Sort of. We’re now into day five of the Interlull and some of our players have been in action.

I deliberately flicked straight past Ireland versus Switzerland last night when I was looking for something to watch. I couldn’t face 90 minutes of Granit so instead, I plumped for Dani Ceballos’ Spain against Romania. It was actually a pretty watchable affair. Our new boy, playing on the left of a front three, won a penalty that Sergio Ramos converted and after the break produced an absolutely brilliant pass with the outside of his right foot in the build-up to his country’s second.

Around the 75 minute mark, I sheepishly remembered that I took delivery of an Irish passport holder six weeks ago and decided to change the channel. How I celebrated *looks up scorer* David McGoldrick’s late equaliser. The 1-1 draw means the Irish, of which I am most definitely one, are unbeaten at the top of Group D and are only three games away from qualifying for Euro 2020. Look out lingerie buyers of Baku, Bucharest and Bilbao, we’re coming for you!

In case you were wondering, Spain held on for a 2-1 win which put a smile on the face of their impossibly handsome new coach. Seriously, look him up.

Elsewhere, Sead Kolasinac played the full 90 minutes as Bosnia and Herzegovina beat Lichtenstein 5-0. Four of the goals came in the final ten minutes so it looks like the minnows put up a pretty decent fight.

In the same group, Teemu Pukki scored the only goal of the game as Sokratis’ Greece lost 1-0 to Finland. Their chances of qualifying for a tournament which they won 15 years ago are again hanging by a thread.

Tonight, Reiss Nelson should feature for England’s under-21s, Nicolas Pepe’s Ivory Coast host Benin and Bernd Leno will be on the bench for Germany’s game with the Netherlands. I might try and watch that one.

Closer to home, and yesterday Arsenal announced their Europa League squad for the group stages. We appear to have indulged in some jiggery-pokery to ensure all the names we wanted available made the list. That meant including goalkeeper James Hillson and 17-year-old Spanish left-back Joel Lopez on the A-List. Will they actually get games? Probably not. But quite a few of the other youngsters will be hoping for minutes.

One of those is Gabriel Martinelli. Compared to our other summer signings, he’s so low-profile that at one point I forgot he even exists. On the Arsecast we recorded just before the North London derby I lamented Eddie Nketiah’s loan move to Leeds because it left us without a goal threat as back-up to Auba, Laca and Pepe.

It remains to be seen whether he can make his mark at the Emirates, but for the moment I should at least give the kid the benefit of the doubt. I liked what I saw of him in pre-season. He was fast, direct and certainly not afraid to have a go at goal and Unai wasn’t shy about rewarding his hard work with a debut at Newcastle.

It must be pretty surreal switching country, continent and club at the age of 18 and being suddenly being surrounded by world-class players. In an interview with homeland publication Lance, he admitted as much.

“I was received in the best way possible,” he said. “Being very young, I got a little shy, because I only saw these players on television, on video games. But they welcomed me very well, making me feel at home and I try to learn from them on a daily basis.”

Gabriel also had nice words to say about Edu who is thought to have engineered his move. “Edu is an exceptional guy, a great professional, victorious and who made history with the Arsenal shirt. We talked a lot when I arrived and, undoubtedly, having a person like him around motivates us more and more.”

Right, I’ve meandered more than the Thames today, so that’s enough waffle from me.

Before I go, there’s no regular Arsecast this week, but Blogs has shared another of ‘The Players’ series which originally went out on Patreon. The dashing Robert Pires is the focus and the always eloquent Philippe Auclair is the guest. Listen here.

Tom will be nursing the site over the weekend and I’ll be back on Monday. I’m off to plan today’s lunch; a five-course tasting menu in a scenic setting should do the trick.

Have a great weekend.