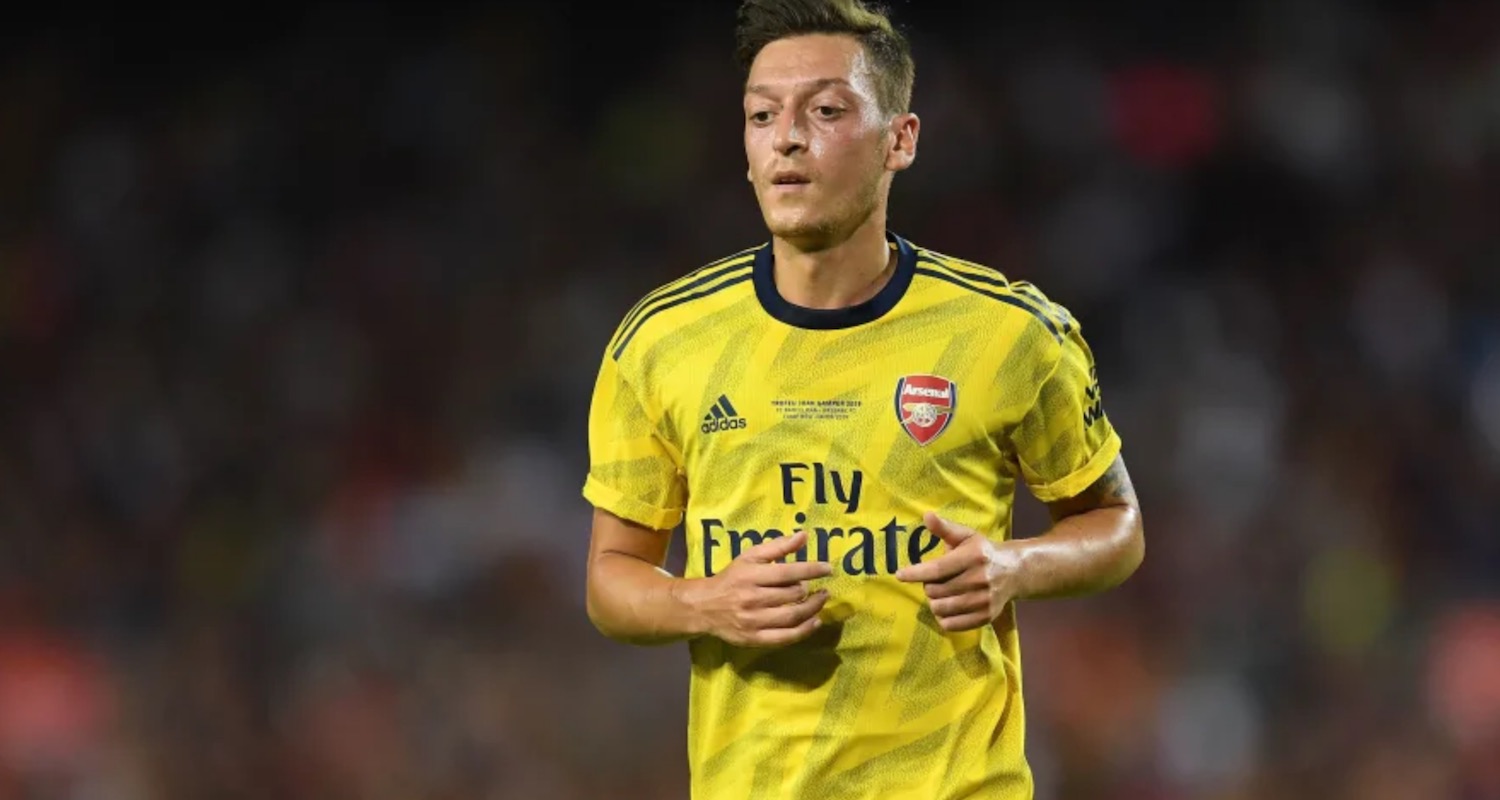 Saturday greetings to you all. There are a few bits and pieces going on, so let’s get at them with fancy headings.

The draw was made yesterday, and our group stage opposition will be Eintracht Frankfurt, Standard Liege, and Vitoria SC. It will be a first ever meeting with the Germans and Portuguese sides, while we have faced the Belgians before.

Perhaps the most memorable of those was in the 1993-94 season when we went to Belgium and spanked them 7-0. Even Eddie McGoldrick scored, and this remains one of the Arsenal goals that I remember best. I don’t know why. Maybe because back then there weren’t too many games on TV and perhaps this one was. Anyway, check it out below:

In terms of travel, it’s pretty friendly in comparison to some of the trips we could have been making, and in terms of opposition it’s decent for our young players to face off against teams like this. Again, I’ll state for the record that I think we need to let the youngsters and fringe players pretty much exclusively have the group stages, leaving our ‘first’ team to concentrate on picking up far more important points in the Premier League.

All the dates/fixture times are here, and the fact we have to play in Portugal at 15.50 on a Wednesday is a bit weird, but then this is the Europa League. It’s the football equivalent of going into a random restaurant, getting plastic cutlery with your meal, and a side salad which consists of three wilted leaves, a slice of onion and a bit of tomato that looks it was refrigerated in a polar bear’s arse.

The fact that Arsenal have taken so long to do a deal with Real Sociedad for Nacho Monreal made me think that we wanted to keep him to play in the North London derby tomorrow. Not least because the Spanish side are going to pay us a fee of just €250,000 (in installments, no less!), so it’s hardly as if this is a big, complicated transfer with lots of clauses.

However, this morning, a report in El Mundo Deportivo says that we’ve come to the conclusion that playing him might jeapordise the transfer, so he won’t be considered for selection. Apparently he’ll be at the game to say goodbye and so on, but nothing more than that.

While I can see the logic in general, I do wonder if we’re doing the right thing by the team if this is accurate. Sead Kolasinac is not great in a back four, and not a great deal better in a back five, and this is a game we have to win. Ordinarily, Monreal would start in a back four, so are we forcing ourselves into a formation change with Emery often reluctant to use the Bosnian as an out and out left-back?

What’s the worst that could happen? He picks up a knock which puts him out for a few weeks? Ok, he could get horrendously injured but chances of that are very slim. I’d play him, but I guess there’s more to consider from the club’s point of view. It’s not as if we’re desperate to get rid of him or anything though. A strange one, let’s see what happens tomorrow.

He posted a picture of himself on a Turkish airlines flight, heading to Istanbul where he’s expected to sign a season long loan with Besiktas. He was someone Unai Emery made his mind up about very quickly, barely playing him at all in the Premier League last season. He got just 379 minutes in total and didn’t start in the league until December. A move was inevitable, and a loan spell isn’t the worst thing in the world. He’s spoken about wanting to stay in the Premier League, so he might be able to do that with a permanent deal next summer.

He wasn’t a bad player really. Just not a particularly exciting one, especially in a midfield which was, during his time here, lacking any real identity. He kept the ball moving, worked hard, and played it safe, but there’s no doubt we’ve needed an improvement, and so far this season it looks as if we’ve got that due to the emergence of Joe Willock and the loan signing of Dani Ceballos. I wish him well out in Turkey.

Shkodran Mustafi has not left

The Monreal/Real Sociedad thing has been bubbling for weeks. The Elneny/Besiktas links were known for some time. There appears to be something close to radio silence over the German. No doubt the club are working hard behind the scenes, and his AgentDad admitted it would be best if the centre-half moved on, but the lack of any public suitors is a bit of a worry now.

There had been talk of Roma but they’ve signed Chris Smalling on loan from Manchester United. A lot can happen in the final days of transfer windows though, so keep fingers crossed a deal which is satisfactory to all parties can be completed in time.

It’s fair to say that the Ozil situation remains a bit of a tricky one. We know why he missed the opening two games (thugs/illness), but the fact he wasn’t even on the bench at Liverpool despite a full week of training suggests that Emery remains suspicious of his ability to produce in games like that.

It’s hard to see him starting tomorrow because of the intensity of the fixture, and chances are he’ll get a run out if the game allows it (either we need him to produce something, or he’s thrown on late with Arsenal in a comfortable position). It will mean the first month of the new campaign has basically been a write-off (unless he does produce something which wins us points), but the manager is keen to stress his importance, saying:

We need him. First to be consistent in training, to be available in each match. For example last week he wasn’t ready to play 100% in Liverpool. This week he is getting better with each training and I think physically he is now better.

He is closer to helping us. We need him because he is a different player in our team. He can help us with his quality.

It’s not the first time the Spaniard has made comments about him being consistent with regards training, and as the team develops over the season you wonder how exactly Ozil is going to fit into it. We don’t really play with a 10, and if we’re going to use the front three with three in midfield, Emery might prefer other options.

A 4-2-1-3 could well suit him, and his passing ability and vision for those three forwards could well be very effective if it worked, but as has been the case for some time now, the Ozil situation remains one without the kind of clarity you’d expect around your top earner.

Right, if you haven’t listened to the new Arsecast, check it out here or search ‘arseblog’ in our favourite podcast app to subscribe. Back tomorrow with a derby preview, and all the rest. Have a great Saturday.