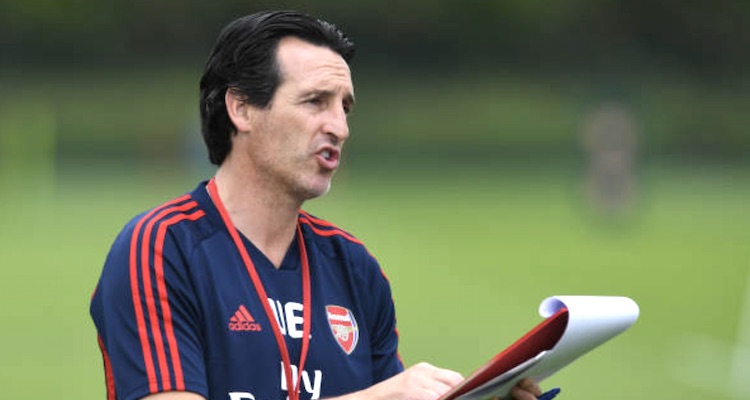 Morning all. For those of you visiting the on a desktop computer, we’re experiencing some strange errors with the Arseblog homepage at the moment. Individual pages and articles load fine, but arseblog.com itself has some problems and is loading very slowly. We’re aware of the issue, and trying to find a fix, so apologies for any inconvenience until we do.

The team head to LA today to continue pre-season preparations with four games in the USA to get us going. We play in Denver on Monday, LA on Wednesday, Charlotte on Saturday and Landover on Tuesday. Bar the Rapids, Stan’s other under-performing football franchise, we’re facing decent teams out there, but as ever I’d urge caution about reading too much into performances and results – whether they’re good or bad.

That said, while pre-season is generally about building fitness for the new campaign, I think people will have a close eye on this one to see if they can see anything in the way Unai Emery sets his teams up that might give us a clue as to how we might play next season. It felt like we muddled through towards that disappointing finale – the formation and system was pretty much dictated to by the players he had available to him.

Of course, the fact that we don’t have any new players – beyond Gabriel Martinelli and a clutch of young, fairly attacking midfielders who have been promoted – means Emery’s options are pretty limited. Not to mention the fact some players have been involved in international duty and have yet to return. Nevertheless, we’ll still watch with interest as to what happens when we’re over there.

As I mentioned on the Arsecast Extra on Monday, I’m really curious to hear what Emery has to say about our transfer business so far. I think, having failed to secure top four with that awful run which was then topped off by a hammering in the Europa League final by Chelsea, he is under some pressure and a whole lot of scrutiny as we embark on a new season. He cannot be blind to the issues that we have, and it’d be very interesting to hear him speak on transfers outside the controlled environment of an Arsenal interview (on the official site, for example).

He was quite forthright at times last season. He made it pretty clear he wanted us to sign a centre-half after Rob Holding got injured; bemoaned the lack of funds in January but said the club assured him it would different in the summer; while in April he talked very openly about what he thought the best way to improve the squad was:

I think we can improve first, by spending money to bring in players. I want to develop the players here – giving them progress to achieve something at a big club like we are.

We can also bring in some players who are in other teams, who can come here and give us this performance – like van Dijk with Liverpool.

That’s certainly not mincing his words. He wants the club to spend because he knows he’s got some duffers in his squad who will cost us points and cost us games. It’s not to excuse Emery’s role in our end of season capitulation, but you wouldn’t blame him if he was feeling a bit unsupported. We lost three key players to injury last season – Danny Welbeck, Rob Holding and Hector Bellerin – and as a club we gave him nothing to help fill those gaps. Denis Suarez was a bust, perhaps a touch unfortunately so, but when you bring in an injured player who has barely played all season it’s a gamble and one that backfired.

Welbeck is now gone permanently, along with Petr Cech, Aaron Ramsey, and Stephan Lichtsteiner, and so far this summer we’ve brought in an 18 year old forward who might turn out to be brilliant, but he’s not going to do much to bolster a defence which conceded a whopping 51 goals last season. So, if and when Emery is asked about transfers, what he says – and possibly what he doesn’t say – will tell us plenty about what’s going on right now. If he sounds concerned, or makes statements which appear to put the pressure on those above him to get deals done, then I think we have every right to be quite worried indeed.

Meanwhile, our new Technical Director, Edu, will on the plane to the US, and maybe he might meet up with Stan and Josh while there to discuss our plans.

Edu: We need some more money to improve the squad.

Edu: In order to sign even middling Premier League players these days, you’ve got to splash some cash.

Stan: Isn’t that a funny thing?

Edu: Other teams are catching up, spending big, and we have some serious improvements to make.

Edu: So, can we have some more money.

In seriousness though, I don’t know if Edu will be there with Raul Sanllehi, and the plan is to make it clear to KSE that we’ve got to start spending, but even if it is it feels like they’ll be pissing in the wind with this owner. Maybe there are ways we can use some money now that’s guaranteed income in the future, but that feels a bit Leeds, and it might be a dangerous road to go down.

The new Premier League season begins a month tomorrow, and this is a defining month for the people who are running the club now. From KSE, now that they have 100% control, to our Head of Football, our MD and the rest. They are like figure skaters, we are the judges ready to hold up the 9.9 or the 3.4, and it’s about time we saw some Biellmann spins, a couple of triple Axels, and a colossal Salchow.