Home Arseblog, the arsenal blog Edu confirmed as Technical Director: can it kickstart our summer business? 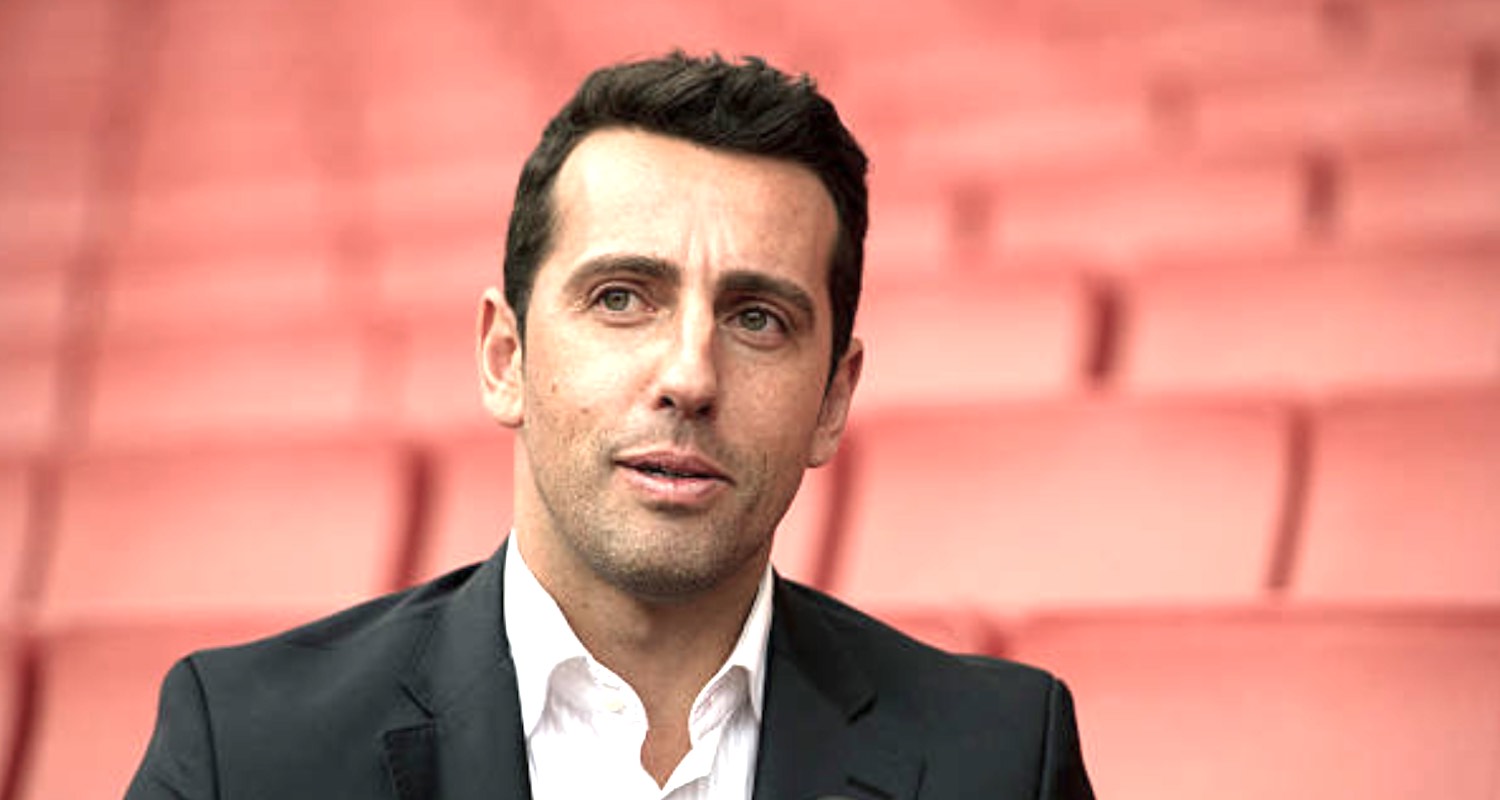 So yesterday I wrote about Edu and his arrival at Arsenal coming too late for him to have a significant input into this summer’s transfer business.

Also yesterday, the club confirmed the arrival of Edu as Technical Director, and revealed he’d be off on the US tour, alongside Unai Emery and the playing squad, and we assume they’ll have some kind of transfer war room where decisions will be made.

So today, let me tell you all about Kieran Tierney, Wilfried Zaha, a quality central defender, and an as yet unnamed central midfielder who is absolutely brilliant and gives us everything we need to improve massively in that key area of the pitch.

Anyway, while those deals get done today, let’s focus on Edu a bit. He returns to North London having spent four years with us as a player between 2001 and 2005. Following his playing career he began a career in football administration with his former club Corinthians, where he was Director of Football, before becoming General Manager/Coordinator of the Brazil national side. He arrives at Arsenal having overseen a Copa America win, and clearly with plenty of work to do.

Arsenal has always had a special place in my heart and I’m thrilled to be returning to this great club in this new role. We have a strong squad and some very talented young players with fantastic people at every level. I’m looking forward to helping make a difference.

While the Head of Football, Raul Sanllehi, revealed the Brazilian fills a key role in our football executive set-up:

His arrival is the final and very important part of the jigsaw in our development of a new football infrastructure to take us forward. He will be working closely with Unai Emery and the first-team coaches, and will play a relevant role leading our football vision and ensuring we have – and follow – a solid philosophy through all our football activities.

There’s a bit of history being made here. Edu is the club’s first ever Technical Director, another step away from the old school managerial set-up under Arsene Wenger where one man basically controlled everything. It was common for years when football clubs were much smaller operations, but these are now massive businesses with huge staff operating in a much more complex sporting environment, and there’s really no other way to do it these days.

It has taken some time to reach this point. It did look like we had the right kind of set up with a CEO, Head of Football and Head of Recruitment, but as we all know that didn’t work out for various reasons. Bumps in the road when you make these kind of seismic changes at any organisation are not unexpected, but it’s fair to say that they haven’t exactly been helpful for us this summer as we look at what we’ve done (very little), and what we still have to do (a lot). If Edu is the missing piece in our executive jigsaw, there’s an on-pitch puzzle that still requires plenty of pieces to complete, so let’s hope that his arrival kicks things up a notch in terms of our recruitment this summer.

The club say the following of Edu’s job: “Edu will coordinate the work of our first-team coaching group, the academy and player scouting and recruitment in order to oversee the constant building up and efficient strengthening of our squad.”

It sounds nice and tidy and self-contained, but it’s a lot of work and there are a lot of people involved. I still think his influence won’t be fully felt until he’s properly got his feet under the desk, so to speak, and has had time to observe, assess and critique the current set-up. It would be very surprising to me if, in the next 12-18 months, we didn’t see more changes because it’s clear that things need to improve in terms of how we do our business. That applies to buying players and selling players, and with a crop of young talent coming through our Academy, there are going to be some difficult decisions in that regard too.

What is interesting though is that over the years we’ve bemoaned a lack of ‘Arsenal’ men at the club in key positions. We now have a former player as our Technical Director; a former player and captain as Academy Manager; a former player and a very promising young coach moved onto the first team staff; and that’s what many of us have wanted. People who understand the club, who have a connection to it, and who know what Arsenal should be – rather than this bland, corporate entity the likes of KSE and Gazidis have helped make it.

Edu’s experience of Arsenal is of winning. He was part of a competitive team that could play brilliant football but one that could fight too. Doubles, FA Cups, the Invincible season. That must surely inform his outlook when he sits down to think about what way he wants to shape the future of the club. As Sanllehi said:

What influence he has over that remains to be seen, and while I can see that are many tangible things he can do, I hope that some change in our mentality is part of it. I want him to create an environment which is demanding and competitive, which doesn’t just shrug its shoulders at defeat or under-performance, and which is ruthless in its desire to make Arsenal achieve things at the top of the game again. Maybe it’s a lot to ask, but somebody has to do it, and a man who won trophies in a team full of players who existed in exactly that kind of framework seems like a reasonable bet.

So, I think this is good news. I like having Arsenal men back in key positions, and if our owner cares even a little bit about this club, his next job will be to shake things up at board level. Freshen up what is a staid, elderly set-up and bring in some younger, more dynamic members to really push us forward. If they have Arsenal credentials, then all the better.

In the very short-term though, there’s business to be done, we can’t really afford to dilly-dally, and hopefully Edu’s appointment is the impetus for doing the deals that will improve this team ahead of next season.

That’s it for today, more from me tomorrow, and any breaking news and transfer developments can be found over on Arseblog News.