Home Arseblog, the arsenal blog The men who stare at goats and then the goat headbutts them 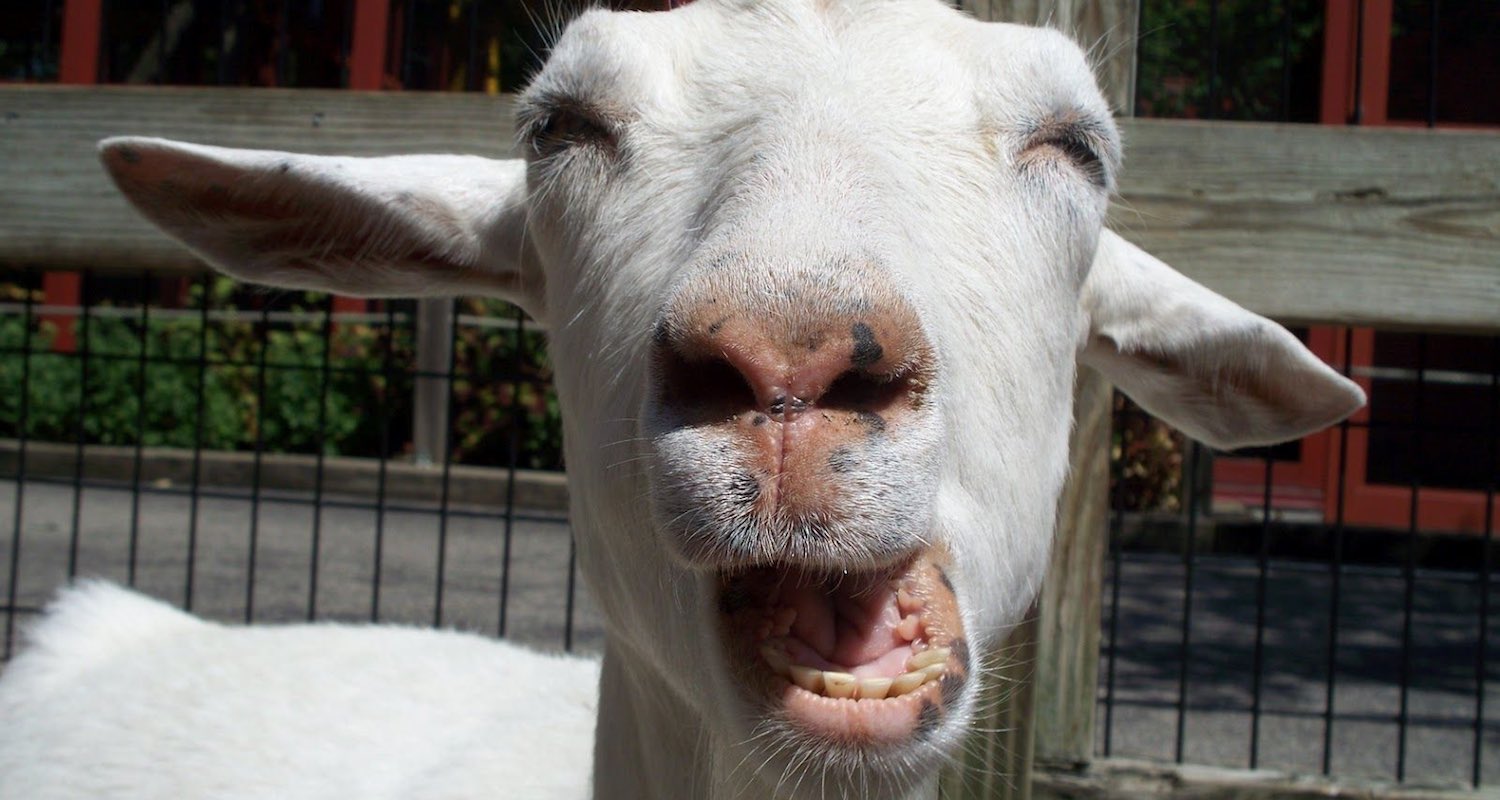 Hello everyone. It’s Sunday. So it’s time for a Sunday round-up. You can have round-ups any time you like, but this is a Sunday one so it only works today. Or this day next week. Or any other Sunday.

So here’s the round up of all the news.

And that concludes today’s blog. Thank you as ever for reading and I’ll be back tomorrow.

Seriously, the sun is shining. The air is warm. And there’s nothing happening. Isn’t everyone entitled to one day off a week? I think that’s fair. Maybe it’s my own fault though. I feel bad now. I can’t not do a blog about something even though all there is is nothing.

Here’s a random thought that’s not about football. Are you familiar with the concept of fail videos? Compilations of people doing stuff which goes wrong, such as:

And many other things. They’re fantastic, even if the clips of people falling any kind of distance make my stomach flip, and I have to pause for a bit then watch the rest later. The main one is ‘Fail Army’ on YouTube who do all kinds of videos. They even do dog fails which doesn’t sit right with me because dogs can never fail. They simply hit various points on the Awesometer which is the measure of a dog’s dogliness. Sometimes it’s high, sometimes not so high, but it’s always some kind of awesome.

Anyway, the thing that’s always made me wonder are the people who try stuff and film themselves doing it. Like a young lady attempting to do a dance and falling over while attempting a handstand, knocking over a candle and setting her bedroom on fire. Or some young man trying his hand at parkour but instead of fizzing over rooftops like Jason Bourne crossed with Superman, he leaps from one ledge to another but misses and lands testicles first on some iron railings with the kind of clang that reverberates through the soul of any man watching.

Fine. But they’re filming themselves. Nobody need ever know about their fail. It’s like the old thing about if a tree falls in the forest and there’s no-one there does it make a sound. I mean, yes. It does. It makes the sound of a tree falling in the forest it’s just that there’s no witnesses. But the badgers and voles and foxes and ewoks are there and they hear it.

What I mean to say is: what kind of person fails and then sends that fail to Fail Army so that the world can know they failed? Is that not really weird? I think it is. I know we live in a world where people go to football and film themselves for 90 minutes, and that’s definitely monstrous, but I think this is a bit different.

I would like Jon Ronson to track these people down, interview them, and make a podcast or a documentary about it.

“I’m here with Steven who tried to do a back-flip off the roof of a beach but landed badly and ended with a starfish in his .. er .. starfish and became the most viral video of all time after he sent the video he could have just easily deleted and left the world none the wiser.”

Come on Jon, make it happen! There’s an entire world of bonkers people out there who do mad shit, hurt themselves while doing it, and then send the videos so that everyone can see they’re bonkers. There’s got to be some mileage in that.

Ok then. Some Arsenal news. The man who never sleeps and has Google alerts for everything to do with Arsenal in every language, Mr Arsenic, has Tweeted that Kieran Tierney has left Celtic’s training camp in Austria:

BREAKING: #AFC are closing in on a deal for Kieran Tierney with a 20m + 5m add-ons bid according to The Sunday Post. The player has left Celtic's training camp in Austria and returned to the UK yesterday.

Training camps in Austria? Remember those? We did them and we won stuff. There’s no escaping the fact that as soon as we left the bucolic summer surroundings with the Alps and cows and buttercups and stuff, we stopped winning the big stuff. Austria = Premier League titles, Doubles, Unbeaten Seasons. Summer tours = none of that, but the occasional FA Cup (which were lovely, don’t get me wrong).

In order to return the glory days, we need to do away with this brand awareness nonsense and get back to Bad Mittendorf, Klagenfurt, Zwettl or Groß-Enzersdorf. You want us to win things again? That’s how we do it. That and a lovely new kit. The rest is all just frippery.

Anyway, tomorrow is July 1st, all the signings will happen then, so let’s get ready. Someone film it, and if they don’t happen, send the video to Fail Army.