‘Should we keep faith with the cup keeper or reinstate the first choice?’ seems to have replaced the cup final song and the cup final suit as the new cup final tradition of choice. For Arsenal and Unai Emery, the conundrum is layered with complexity. Petr Cech playing his final game as a professional against his former club adds thick layers to this already plump onion.

Cech began the season as first choice goalkeeper ahead of summer signing Bernd Leno and, in the pure goalkeeping stakes, produced some of his best Arsenal form. An injury in early autumn opened the door for Leno and the German has never looked back. At first, Leno had an edge over Cech in a footballing sense.

They seemed to be goalkeepers of similar quality, but Leno is a vastly superior footballer. In 2019, it is not enough to catch crosses, parry shots and bark orders. Now a goalkeeper is effectively a deep lying playmaker and Leno is so far ahead of Cech in this respect that it’s almost comical. Cech is a goalkeeper primed in a slightly different era, whose only footballing demand was to kick long to Didier Drogba.

To watch Cech try awkwardly to pick out teammates with his feet is a little like watching Mr. Burns trying to bowl. Leno has a far more positive impact on Arsenal’s style of play- especially given Emery’s preference for playing out from the back. Opposition forwards do not press Arsenal anywhere near as intently when Leno is in goal, because they know he is comfortable with long and short passing. 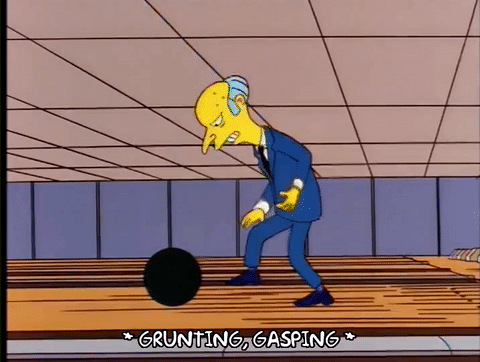 As the season has progressed, so too has Leno, but not just as a ball player. He has become pretty handy with his hands too. This piece from Adrian Clarke illustrates the impressive statistics behind the German’s maiden season in England. The most resounding data from Adrian’s piece is that Leno faced 45.4 expected goals on target (xGoT), but only conceded 41. Only Fabianski, Alisson and Lloris boast better tallies.

Leno adds value as a goalkeeper and as the genesis of Arsenal’s build-up play. Though a faded force, Cech is still a thoroughly decent glove butler, but the Gunners lose something significant from their build-up with the Czech in goal. Not only does Arsenal’s build-up suffer, but Cech’s profligacy in possession puts his team under pressure.

Cech’s pass completion percentage across all competitions is 57% this season according to whoscored, compared to 69% from Leno. Across 180 minutes against Valencia, only 28% of Cech’s passes and kick outs found an Arsenal player. Chelsea are likely to field a front three of Hazard, Pedro and Willian in Baku, all of whom thrive on swift transitions. Arsenal will be under serious pressure if Cech keeps turning the ball over or pumping it out of play.

All of this, of course, is obvious to even the most casual observer. Leno is currently a better goalie than Cech, ergo he should start the final. Of course, it’s not quite that simple. Cech has started all of the Europa League games since being deposed by Leno, a pact between manager and back up ‘keeper that is familiar in the modern game.

We are not privy to the conversations between player and coach, but you have to assume Cech wanted sight of the small print in advance. ‘Does that mean I play in the final, boss?’ is the most glaring T or C in this arrangement. It is tempting to say that the coach should be ruthless and renege on the deal for the good of the team.

However, that is to ignore the long-term consequences of such a call. Cech is retiring, which, admittedly, complicates matters in terms of sentiment. That the game is against Petr’s former employer adds grist to that particular mill. The coach’s decision is unlikely to be informed by sentiment if he does stick with Cech- even if he is one of football’s good guys and doesn’t deserve to have his career end on a sour personal note.

If Emery did make Cech a promise to play in the final and he publicly breaks that promise in front of the group, there is potentially a wider impact. A coach relies on the buy-in of their players and to dismiss the human and the political side of making such a call is to make a rod for your own back. Every decision on an individual has a ripple effect.

When you are managing a large group of humans, you have to consider the impact your decisions has on all of them. That said, Cech’s social media presence took on an air of (understandable) desperation in the midst of the semi-final victory over Valencia. He even gave a seven-minute interview to BT Sport on the pitch at the Mestalla, his brow caked in sweat from his trademark head wear, Cech was already giving Emery a public nudge and wink to start him in Baku. He might as well be leafleting on Emery’s doorstep.

Despite the news today as I had already said to everybody before , I’ll make decision about my future after the last game . Now my sole focus is to win the EL with @Arsenal .

All of which suggests to me that maybe the ‘promise’ between Emery and Cech is not signed, sealed and delivered. In fact, Leno began the season as the cup keeper, starting Europa League group games against Vorskla, Qarabag and away at Sporting. Cech’s electioneering implies that either the agreement was not finalised or else he is anxious that Emery might break it.

Earlier this week, another twist in this Shakespearean plot emerged. Cech is to join Chelsea in a Sporting Director role for next season. Arsenal have already reluctantly decided to exclude one of their players based on political grounds. I don’t doubt Cech’s professionalism even 1%, but it still serves Emery another curve-ball he could have done without for this final. (Which is why I strongly suspect Chelsea are the ones that have released the information).

The public knowledge that Cech would be lining up against his past and future employers adds a further layer of complexity. Yet in another sense, it might provide Emery with some clarity and give him the best excuse he needs to put his best feet and hands forward and start Bernd Leno. Emery will be better positioned than we to make this call- he will have an infinitely better grasp of the mood in the camp were he to deny Cech the last hurrah he clearly craves.

The issue might be an easy one for us as fans- we want to see the better goalkeeper start and, though Cech comes across as a nice guy; he certainly feels more like he ‘belongs’ to Chelsea than Arsenal. We don’t quite have the same sentimental ties. For Emery, this is a much more complicated decision than it is for us as Arsenal fans.