Home Arseblog, the arsenal blog The spotlight is on Sanllehi as Arsenal fail to fill significant backroom... 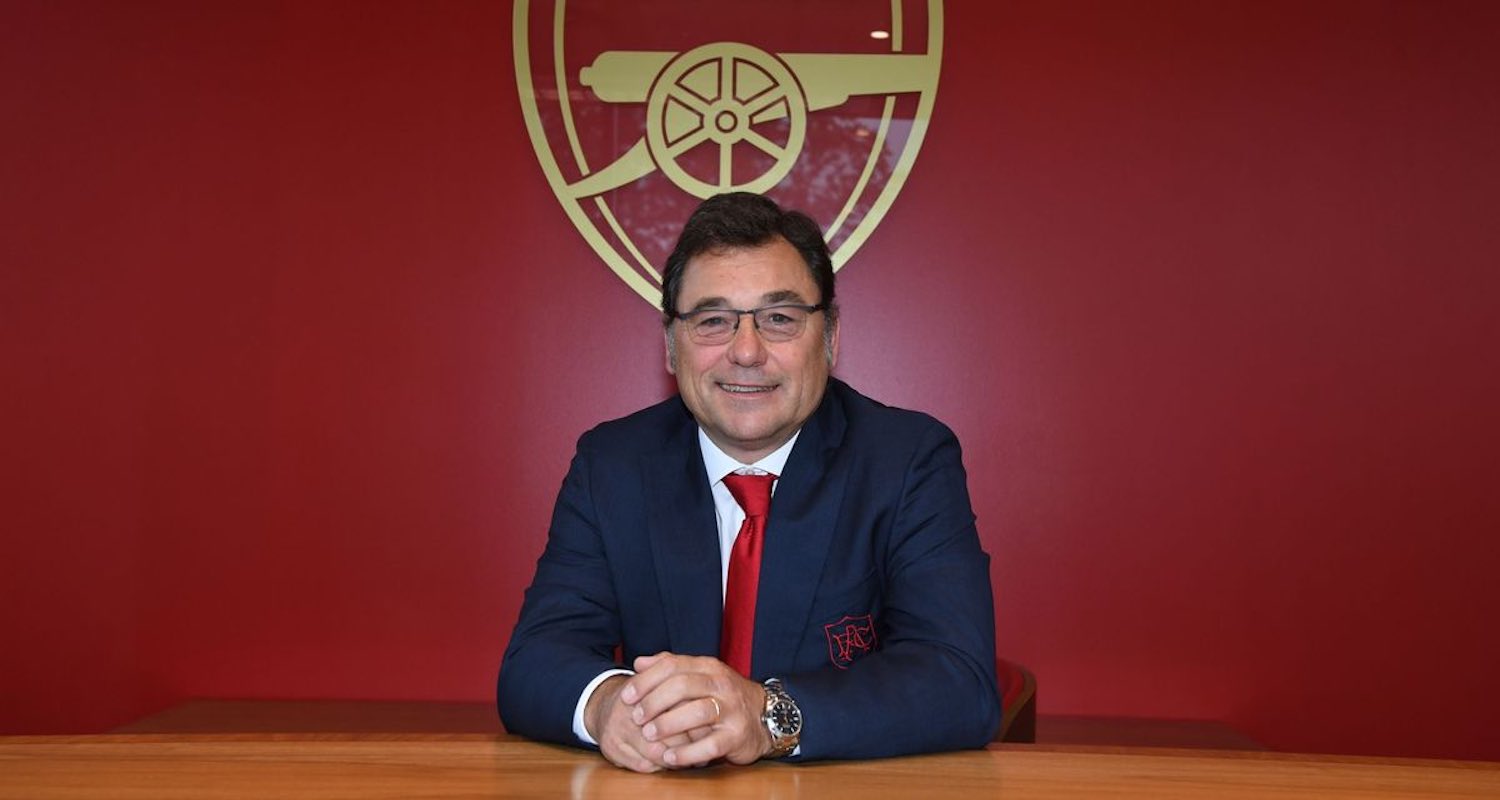 Thanks to everyone for all the feedback on yesterday’s post about the squad rebuilding, and on Monday’s Arsecast Extra. It’s been heartening to see that although there’s some disagreement it can be reasonable and mannerly – the vast majority of it has been – so maybe there’s hope for online discourse yet.

With regards to yesterday and what we have to do this summer, there’s general consensus that this is a squad that needs a lot of work. Incomings, outgoings, promotions from the academy, decisions made that will be informed by a need/desire/edict from KSE to reduce the inflated wage-bill, there’s plenty to do.

The big questions about who we’ll buy, who we’ll sell and so on, should also be accompanied by an equally big question about who is making those decisions and who is driving our decision making and strategy. There is a massive gap in our backroom set-up right now following the departure of Sven Mislintat, who was our Head of Recruitment. He’s been gone since February, sidelined before that, and in January when Head Coach Unai Emery and Head of Football Raul Sanllehi put their heads together to boost the squad the best they could come up with was Denis Suarez.

The injury that ended his loan spell was unfortunate, but it’s a deal that has apparently cost the club close to £4m between a loan fee to Barcelona and the player’s wages. He arrived a long way from match fit at a point in the season when we need a player who could contribute almost immediately, and from what I’ve heard his time at the club was not particularly successful anyway. He didn’t settle properly, didn’t behave like someone who was desperate to take the chance to play and put himself in the shop window, and all in all it’s been a desperate waste of time and money.

Would it instill you with a great deal of confidence about what’s going to be done this summer? Not exactly. The structure we had put in place following the departure of Arsene Wenger felt professional and solid. Leaving aside my feelings about Ivan Gazidis, his position as CEO with Mislintat as Head of Recruitment and Sanllehi as Head of Football to work alongside him felt like a significant step in the right direction as we looked to modernise the way the club was run.

Within months Gazidis left for AC Milan and Sanllehi basically forced Mislintat out, we have a job share going on with CEO where the Spaniard and Vinai Venkatesham’s responsibilities are distinct across the football and business sides of the club, and I don’t believe that’s ideal. Coming back to the job of recruitment though, it is a serious worry that we’re now in May and we haven’t replaced Sven, because transfers don’t happen overnight, these days more than ever they need time and planning.

For those who want to downplay the work he did for us, I’d say that in general people are pretty happy with the players he found and helped bring in last season. Bernd Leno has been a genuine success; Sokratis has been fine; Lucas Torreira and Matteo Guendouzi have had rave reviews at times this season even if they have, like others, faded a bit as the season went on. He helped sign Pierre-Emerick Aubameyang, our leading scorer this season, and while he’s got to take a bit of an L on Henrikh Mkhitaryan, I suspect that was far less strategic and more about trying to make the best out of the terrible mess we’d made of the Alexis Sanchez situation. It hasn’t worked for either club, and I bet if both sides got a chance of a do-over they’d run a mile from the same deal again.

What Sven should have been doing over the course of this season is identifying talent based on feedback from the head coach about where he felt he needed players, and what kind of players he felt the squad was lacking. Laying the groundwork for summer deals – acknowledging that January was always going to be a ‘dry month’ when it came to spending money – and ensuring that our plans were carried out in a timely efficient manner, working alongside the deal closer that is Sanllehi.

But of course he was out the door in February, and since then we’ve made no progress when it comes to replacing him. Monchi was fully expected to join the club but at the 11th hour went back to his old club Sevilla instead. We hear names like Marc Overmars, Edu and Sanllehi’s old Barcelona pal Andoni Zubizarreta, who is currently Director of Football at Marseille where his work has been a long way from inspiring. Ultimately though, there remains a massive gap in our backroom structure, and for a club like Arsenal that’s a problem.

All the predictions about our summer budget can be taken with a pinch of salt as big or small as you like, but general reports suggest it’s somewhere between £40m and £100m depending on what flavour of European football we have next season. It’s not insignificant at the top end, but what it gets you these days remains to be seen. Departures that lessen the wage bill and player sales may add to it, of course, but at the very heart of it we need to be a club that gains a competitive advantage by being really smart in the transfer market.

You could see that in some of last summer’s business – Guendouzi and Torreira in particular – but there was none of it in January when Sanllehi and Emery drove the pursuit of Suarez. Who has been scouting the players? Is Emery now operating like a more old fashioned manager and becoming more involved in transfer business, rather than the head coach model we thought we’d be operating under? That’s not to say a head coach shouldn’t have some influence on transfer business, but I’m not sure his track record with transfers stands up to great scrutiny. Where he’s been a success he’s had a Head of Recruitment/Director of Football making those decisions, and now that we’re in a new Arsenal era where managers/coaches are – like it or not – more disposable than when we had the same man in charge for decades the infrastructure behind that man is more important than ever.

The appointment of a Mislintat replacement is overdue, it should have been made months ago – especially as we knew the German was departing – and it means that whoever comes in to do the job will have little or no time to influence this summer’s business. That means his work will begin in earnest next season, planning for January (haha) and the summer of 2020. In the meantime the responsibility for what we do this summer falls on Emery, I guess, but first and foremost Raul Sanllehi who is the man on Arsenal’s Iron Throne of Recruitment right now.

For all my worry, he could oversee a masterful off-season in which we buy well, we sell well, we promote well, and we go into a new campaign with a solid, well-balanced squad. I sincerely hope he does, but as the man in charge of how the club is run from a footballing point of view, and having ensured he assumed that power, he also has the responsibility, and the spotlight will be shining fully on him until the transfer window closes in August.

For some extra listening this morning, there’s a bonus Arsecast for you, looking ahead to Thursday’s game with Spain based journalist Dermot Corrigan. We chat about what we can expect from Valencia, how they play, who they key men are, and more. Listen/subscribe below.