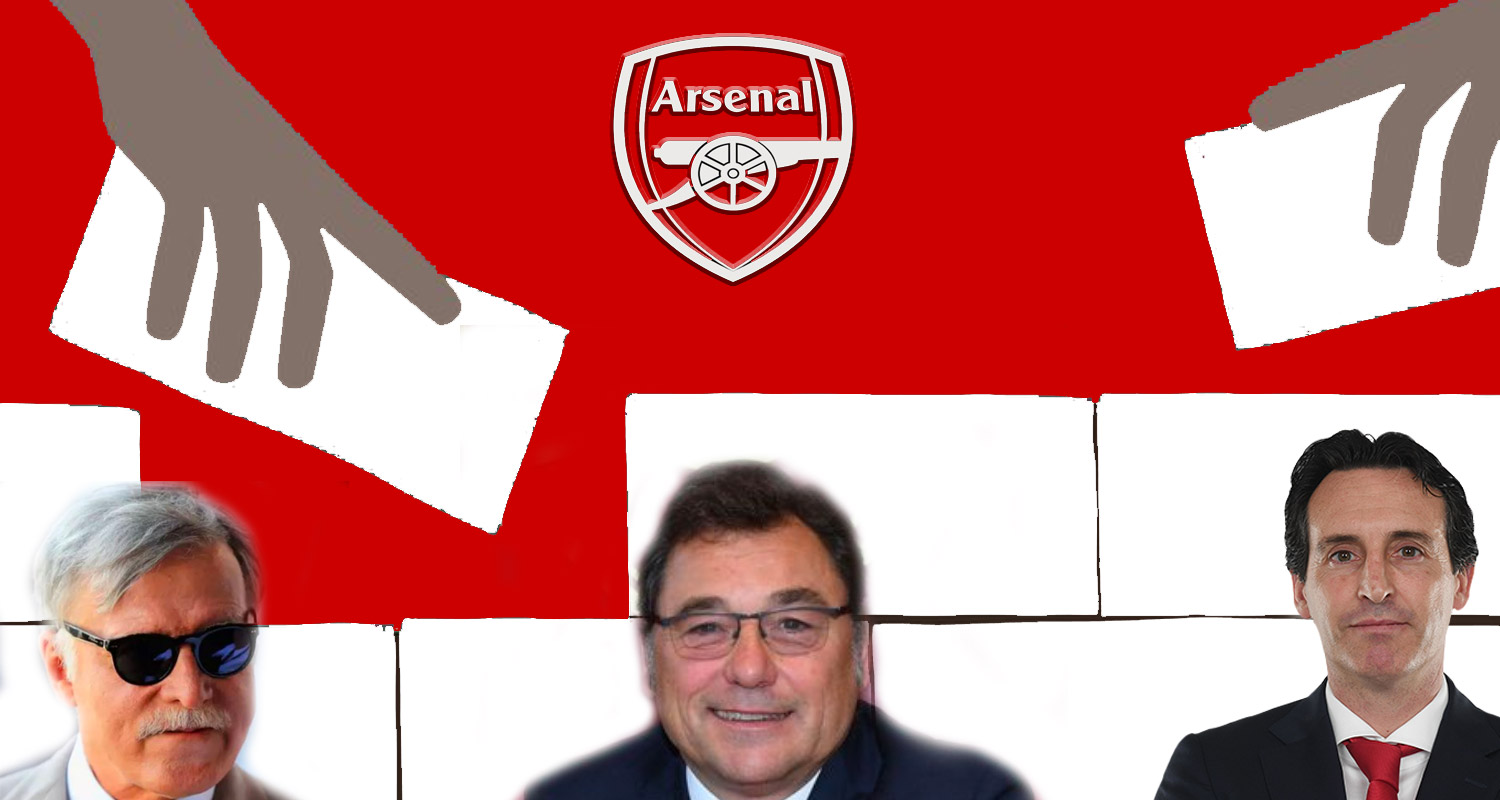 We have Valencia to come later this week, a crucial game for obvious reasons as recent domestic form means we have to put more and more of our eggs in the Europa League basket. Remarkably, it’s not impossible for us to still finish in the top four. It requires Chelsea to drop points and for us to win our final two games quite healthily. I’m a long way from convinced that will happen but this season is so weird that you can’t rule it out 100%.

We’ll focus on Valencia over the next couple of days but for today I want to touch on something we discussed in yesterday’s record length Arsecast Extra: the squad rebuilding job that lies ahead this summer. There is a lot to do, made much more complicated by the fact our Head of Recruitment left months ago and has yet to be replaced, but this is what I think we need when it comes to filling the gaps and making the additions we need to balance the squad.

Now, let me be clear: that doesn’t mean to say we have to make 9 signings to fill those positions. Some of them can be, and likely will be, internal solutions, while number 2 and number 7, for example, are obviously linked. Let me go through them (not quite chronologically) and explain though.

1 – Leno is now firmly the number 1, but Cech is quality, experienced back-up. If I had to guess here I’d say Emi Martinez is the solution. He’s having a good loan spell at Reading, playing regularly, and should be more than capable of playing in the cups next season. Hopefully he won’t be playing in the Europa League because we’ll be in the Champions League and Leno should play then, so as an easy fix this makes sense – not least because it’s essentially a cost-free option in a summer where our budget is likely to be pretty tight.

2 & 7 – I don’t know who the player is, but a quality central midfielder has to be on our transfer list this summer. Ramsey is going, Elneny is probably going too (you could make a case that someone like Joe Willock could step up into his squad place next season), but an injection of quality is needed here in a big way. We’ve missed Ramsey in the last few weeks, and I also think we lack the kind of central midfielder who can define a team’s style of play. Perhaps some of that is on the manager, but if we have to go big financially this summer I hope it’s here and …

5 – Laurent Koscielny will be 34 in September. Rob Holding is making his way back from a cruciate knee injury. Mustafi has to be in the Departure Lounge. Mavropanos looks like a player who needs a loan spell and a season somewhere else. Calum Chambers will return but has played most of this season in midfield. Sokratis is fine. It’s clear there’s a dearth of quality that badly needs to be addressed. I know everyone is yearning for our own Virgil van Dijk but I can’t see us spending that kind of money. Maybe we need to find the Virgil van Dijk when he was at Celtic, rather than Southampton. And I wish them the very best of luck with that search.

3 & 8 – I think we’ve missed Danny Welbeck this season. Is he ever going to be a prolific goalscorer? No, but he’s a versatile forward who has some of the qualities we’ve missed. He’s not exactly a dribbler, but he can run at people. He’s physical and mobile, and also provides a solid alternative to our two strikers when needed too. I don’t know if we can find a single player who has all the attributes we need, but since the departure of Alexis Sanchez we lack someone who can break lines and make the opposition think twice about coming at us – not to mention his individual quality in the final third. We lack intent and aggression in our attacking play, everyone can see it, and it has to be a key part of our rebuild this summer. Maybe Reiss Nelson can return from Hoffenheim ready to claim a first team spot, and reports linking us to young Brazilian winger Gabriel Martinelli appear to be very credible, so you can immediately see how we might change things if that goes through.

4 & 6 – Hector Bellerin should be back in September, but we’ll have games to play before then. I’m making the wild assumption that Stephan Lichtsteiner will leave the club this summer, and Carl Jenkinson is someone likely to be on the transfer list. Do we continue to invest time/effort in making Ainsley Maitland-Niles a right back even though he says he sees his future elsewhere? Can we promote from within? Jordi Osei-Tutu has skirted around the fringes of the first team squad for a while, is he ready to make the step up? I think Hector is our number 1, which might complicate a transfer because you have to buy someone who knows they’re going to be essentially back-up, but the need is there.

As for the other side, I’m unsure of what’s happening with Nacho Monreal whose contract is up this summer. There was talk of an extension but there was no official announcement so that’s still a bit up in the air. Given how much we have to do elsewhere this summer I’d be inclined to keep Kolasinac for now, but he’s not somebody who fills me with a great deal of defensive confidence, and as this season has gone on his one trick of getting down the side and lashing in a cross has been fairly well negated by the opposition who know there’s not a great deal of variety or subtlety to his game. I hear we have a close eye on Celtic’s Kieran Tierney, and at 21 that’s the kind of age profile I’d like to see us target.

9 – The striker thing is difficult, because again you’re looking for someone to come in and play third fiddle to Pierre-Emerick Aubameyang and Alexandre Lacazette. On paper Eddie Nketiah looks like a decent option to do that but he’s at a point in his career where he needs to play regularly to develop and mature. This one is difficult and problematic, but I don’t know if we can put the same burden on the two main men as we have this season. Perhaps having a greater attacking threat from wide positions might ease that, and make the selection decision more about which striker to pick than having to pick both, but it’s got to be a consideration.

So, that’s what I think we need to do. It sounds like a lot, because it is a lot, and that’s not even taking into account potential decisions that need to be made about some other senior players whose performances are not really in line with their pay packets, but that’s a discussion for another day.

As ever your thoughts are welcome in the arses (our comments system), and thanks also to everyone for the feedback on yesterday’s podcast. All I can tell you is that we gave our honest thoughts on where we are and what’s happened – particularly in the last week. I know some have disagreements with that (with me in particular!), but hopefully it makes for enjoyable listening all the same.

If you haven’t already heard it, check it out below. Listen/subscribe/download links are all there, and we’ll turn our attention to Thursday and the Europa League from tomorrow onwards. Have a good one.