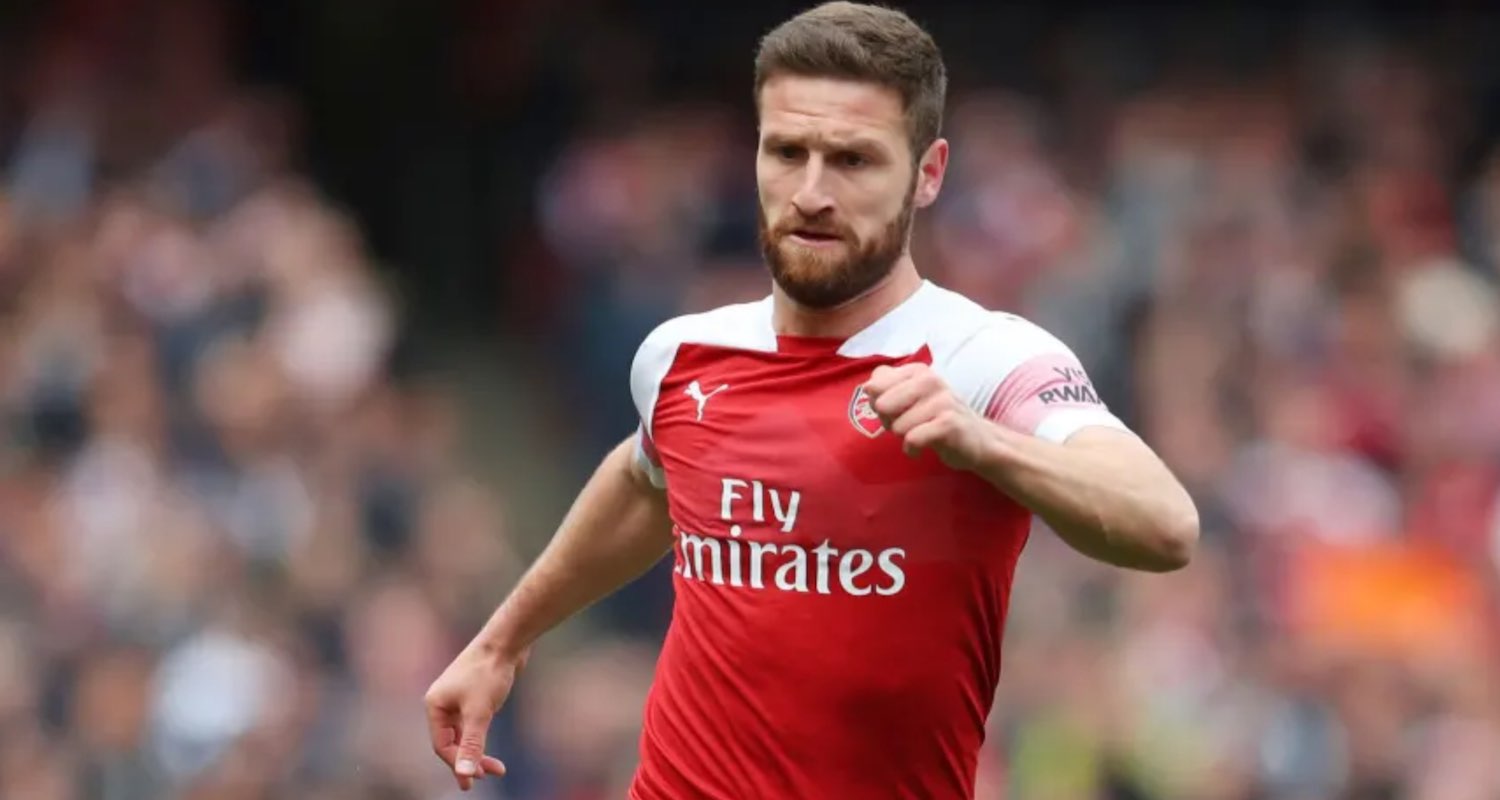 Morning all. I haven’t had an Arsenal dream in a long time but this morning I was supposed to be playing a charity match with some Arsenal players and I couldn’t work out how to get my shorts on, both my legs were going into one side and then I fell over and Kanu, who looked about 17 years old, laughed at me as Robert Pires tutted sadly. Not a great start to the day.

It’s Saturday so let’s have some quick snippets of what’s going on. First up, AC Milan are apparently interested in signing Shkodran Mustafi which makes a lot sense because he fits perfectly into the footballing philosophy of their manager Gennaro Gattuso:

Jokes aside, he’s one of the players this season we have simply to upgrade on. His time at the club hasn’t been uniformly terrible, in fairness. I do think a considerable part of the frustration people feel with him is because you can see there is a capable football player in there, but the mistakes and the sliding … oh God the sliding … mean that we’ve got to move on. And where better for him to move to than a club being run by a man who was willing to sanction a £35m deal for him back in 2016?

There is some suggestion it might be a loan deal, but I hope that’s not the case. We’ve had too many crappy, half-hearted loan deals in the past, and this summer I’d like to see a club that’s serious about improving the way it sells players as well as buys them. Can Raul Sanllehi deal with the cut and thrust of negotiation with Ivan Gazidis, someone whose method – as far as we can tell – is to make the deal as financially beneficial for the other party as possible? We shall see.

Reports this week have also linked us with an Argentine central defender. Walter Kannemann might sound more like the kind of bloke who loved an electric razor so much he bought the entire company than the man to solve our defensive woes, but he’s a 28 year old defender who has spent his entire career in South America. He began in his home country, then went to Mexico, before moving to Brazil to play for Gremio. Brazil, eh? Edu about to be our Technical Director, eh? What does it all mean? I don’t have a clue, but expect his to be one of about thirteen trillion defenders reportedly on our radar this summer.

UEFA have responded to Arsenal’s statement with a statement of their own. They’ve promised to work the ‘men of sport’ (?) at the club to help find solutions for fans because, get this, they actually said it, “For UEFA fans are a priority.” – which is a bit like Dr Harold Shipman saying patients are a priority. You can judge how much of a priority fans are by UEFA’s actions and decisions, so we can all make our judgement on that and not their carefully crafted words put together by a team of highly paid PR people and lawyers.

The Henrikh Mkhitaryan situation continues to loom large over things as well. I wonder how sanguine some fans would be if it were a more popular or important player being forced to miss out because of his nationality. I suspect if we were to be denied one of our strikers there’d be greater intensity to the outrage. His popularity or efficacy shouldn’t matter, there’s an important principle at stake, and on this particular issue UEFA remained silent.

My suspicion is that they will point to the fact the ban on Armenian citizens entering Azerbaijan has been lifted for him, therefore any decision not to take him based on security concerns is a subjective one that Arsenal need to make and if we leave him behind that’s that on us. I think they’ll hide behind the fact we can bring him if we want. The fact is though that without acceptable guarantees of safety we absolutely shouldn’t, because a player’s welfare should be the primary consideration. As I have said throughout though, even the mere fact such a decision is necessary ought to disqualify any city/country from holding such an important game.

Finally for this morning, a truly heartwarming story: Santi Cazorla has been recalled the Spain squad for the first time in four years. Apparently he burst into tears when he heard the news, and who would blame him after everything he’s been through? The injury, the surgery, the infection, the long fight to play football again – he’s been through the mill, so you’d need a cold, cold heart not to be touched by this news, on top of how well his season at Villarreal went.

He left us at the end of his contract last summer, and inevitably there have been complaints about why we didn’t keep him for one more year. Firstly, we’d have been inundated with criticism about giving a contract to a ‘crock’, and I remember plenty of people complaining when we extended his contract for a year when he was in the midst of his surgical hell. For me, that was a wonderful thing for the club to do. We gave him peace of mind and security during a dreadful period in his career and his life, even though we had no expectation of him playing again.

It’s also important to consider what’s best for the player. We can’t underestimate the benefits, physically and psychologically, of being in his home country. The warm weather helps with aches and niggles from injuries; being closer to family/friends; and being back at the club he grew up at have surely played a part in him having the kind of season he’s had.

Sometimes in life you need to just be happy for someone else. We don’t need to have recriminations about him not staying with us, just enjoy the fact that a great player and one of the nicest guys in the game has been rewarded for his hard work, dedication and talent when it looked for a long time as if he’d never play again.

Right, I’ll leave it there, but if you haven’t had a chance to listen to the brand new Arsecast, check it out below. There’s end of season chat, a look at all the work we need to do this summer, and loads more.