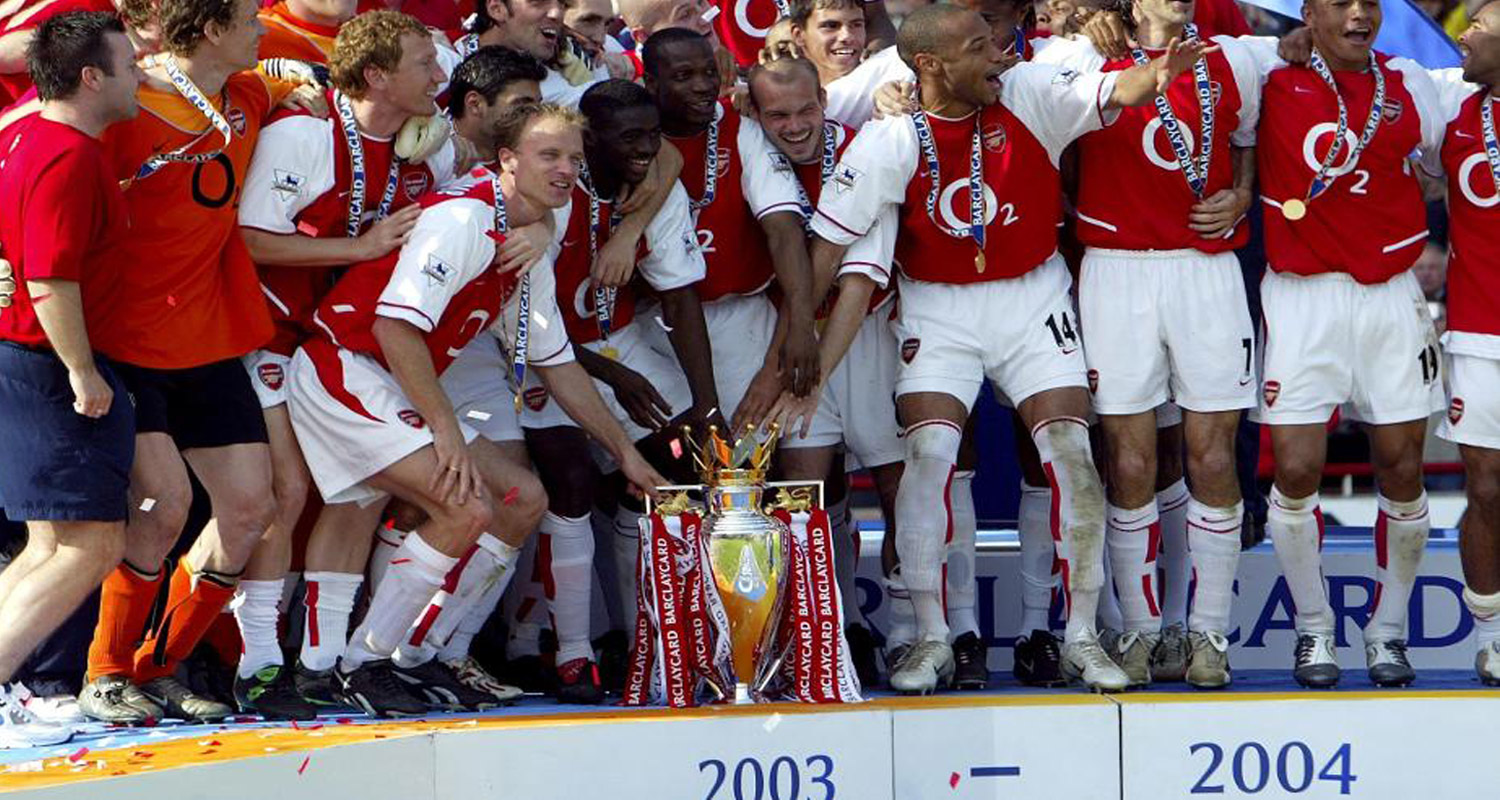 Please note: This podcast was first published for our Patreon members, but as it’s 15 years to the day since we finished the 2003-04 season unbeaten, we’re making it available to everyone. It’s a taste of what you can get as an Arseblog Member on Patreon, so if you like what you hear and you’d like access to all the extra content, ad-free Arsecasts, articles, live streams and lots more, sign up for just €5 per month at patreon.com/arseblog

In 2003-04, Arsenal went through the entire league season without a losing a game. It’s a unique achievement and one that remains unequaled to this day. The Gunners went into that campaign having fallen short of a double the season before, and with minimal summer spending.

The squad was small but with players like Patrick Vieira, Robert Pires, Dennis Bergkamp and, of course, Thierry Henry at the peak of their powers, and with a strong supporting cast, Arsenal did something unbelievable.

It was a season with ups and downs, highs and lows, but it’s one that still remains fresh in the memory. Join me, Andrew Allen and James from Gunnerblog as we revisit the 2003-04 season as Arsenal became Invincible.