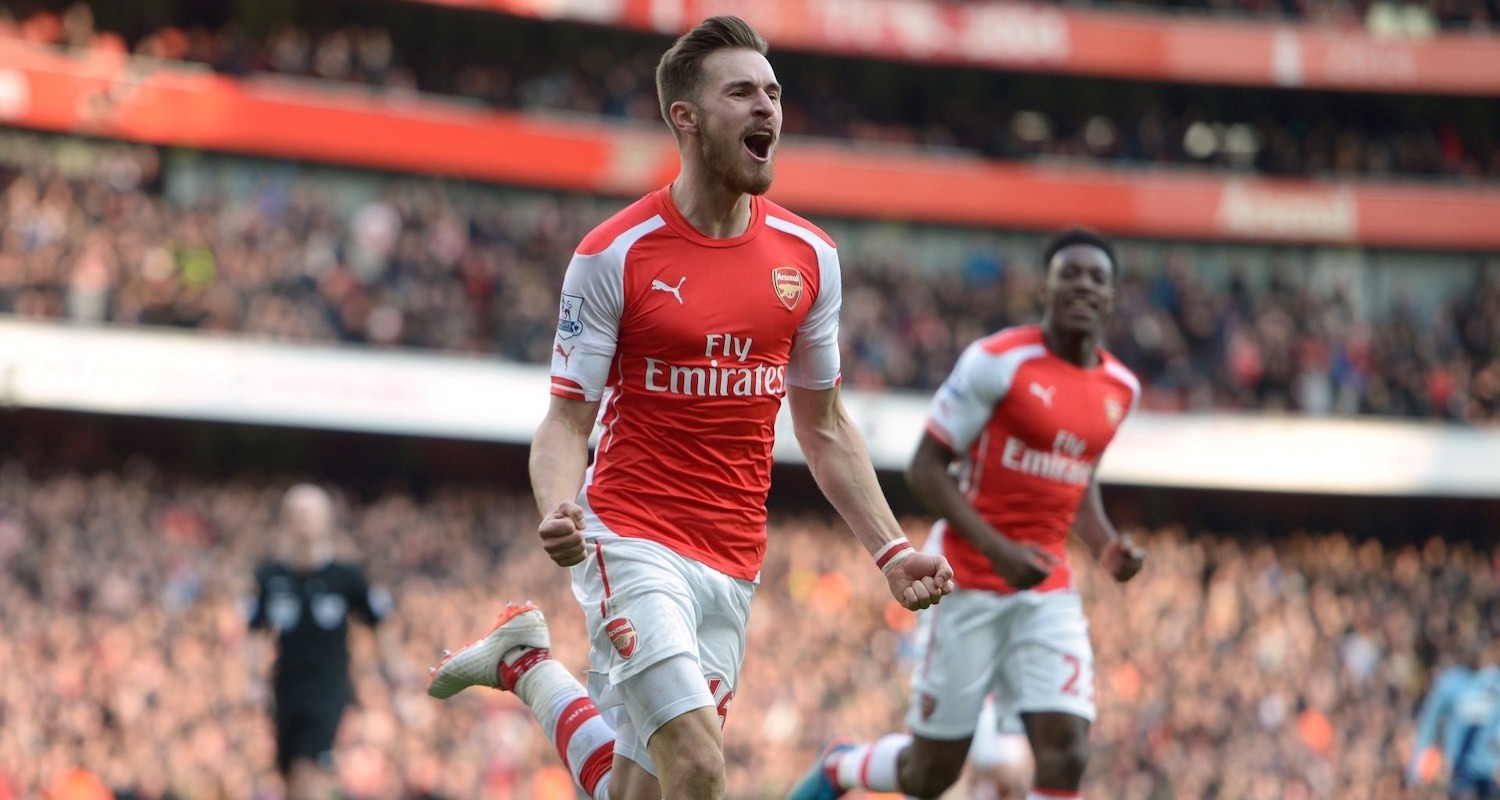 Lost somewhat in the angst-ridden blogging of the Brighton game was the fact that the club said goodbye to three players who are departing this summer. Aaron Ramsey is joining Juventus, Petr Cech is retiring, and Danny Welbeck, an England international, is leaving on a Bosman at the end of his contract.

Enough has been written and said about how ludicrous it is that two of them are going for free. A squad that needs rebuilding could have badly done with the money we could have generated for Ramsey and Welbeck via the transfer market, but at least it prompted Raul Sanllehi to address the issue and say that as a club we wouldn’t let these situations develop again. That said, keen proponents of Stanenomics (that’d be Stan and Josh) will point to the fact that we’re probably ‘saving’ around £300,000 a week off the wage bill in one fell swoop.

That’s a subject that comes up on the brand new Arsecast Extra recorded last night, but i thought today I’d write a bit about each of them, starting with …

His emotion afterwards was clear and you can understand why. He’s spent 11 years of his life at the club and that’s a wrench for anyone. When you look at this squad, his qualities – as a player and a character – will be badly missed. Maybe the fact he’s a quiet, fairly unassuming guy makes people think he’s not one of the strongest, most determined players at the club right now, but he really is.

He’s been through a dreadful injury and come back more successfully than Eduardo or Abou Diaby. Nevertheless, it’s impossible not to consider the possibility that his muscular problems are somehow linked to the day he had his leg brutally snapped in two by Ryan Shawcross. However hard you work, the trauma of that kind of injury can have long-term consequences, and over the years he’s missed a lot of football. Think back to the opening day of the 2015-16 season when he went off after an hour against Liverpool on August 14th with a hamstring injury and didn’t play again until October 29th.

Over the years he’s managed those physical issues better, but it’s sad that another hamstring strain has kept him out of this important part of the season, and I think we’ve missed him badly over the last few weeks. In an ideal world, when you consider how this squad needs to be rebuilt, he’d be the ideal candidate to build around. The injuries give you pause for thought though, and perhaps that has played a part.

Still, as a player he’s been one of my favourites down the years. Sure he can frustrate sometimes, but give me a midfielder who is a risk-taker, adventurous and who is always positive and wants to make something happen ahead of a safety-first, pedestrian passer of the ball. It’s not to say those players don’t have a role, but those players don’t score that rocket against Galatasaray, and they don’t score two FA Cup final winners either. Ramsey did that, and for those goals alone will be remembered as a genuine Arsenal legend.

We’re losing our best central midfielder this summer (for free ?) and finding a replacement for him is going to be one of the big challenges of the transfer work we have to do this summer. There is no internal solution who can do what he does, there isn’t another midfielder in the squad who can fill that role, so the onus is on our transfer people to fill the gap. I genuinely wish them the best of luck, and also to Ramsey at Juventus.

It’s a measure of how good he is that he had some of the biggest clubs in Europe – and England – vying for his signature, and I think we’ll miss him more than some people might realise.

Favourite moment: Wembley, May 2014 – the winner against Hull. A goal that meant so much to so many, and ended our 9 year trophy drought.

I like Danny Welbeck. He’s not the greatest player of all time, but man have we missed him this season. This squad lacks goal threat, pace, direct running and athleticism, and he possesses all those qualities to varying degrees. If he’d stayed fit, you’d have backed him to get us another 5-7 goals, and over the course of the season I think they’d have had a positive impact on our points total in the league.

His absence highlighted a weakness in the squad, prevented us from giving any real rest to our two main strikers, and he might well be the player we missed most due to injury. Again though, that’s a significant aspect of his career since he joined us from Manchester United. He’s been desperately unlucky with two really serious knee injuries and then a badly broken ankle this season. He’ll leave without playing again and that’s a shame, because he’s always been an honest, hard-working player – at a time when some of our squad don’t possess those qualities as much as you might like. He had his limitations but he always gave you 100%.

Leaving on a free will give him plenty of options this summer. Will he go somewhere to be the main man up front, or does his experience and versatility mean a bigger club might well take the chance on him? We’ll find out in due course, but wherever he goes he deserves an injury free run at this point in his career.

Favourite moment: That goal against Leicester in 2016. However that season panned out, it really was a fantastic moment inside the stadium, and on his return from injury he gave us this sadly too brief period of hope that we might have it in us to win the title again.

He didn’t end up saving us ten points a season, or whatever it was people said, but in general I think he’s been a positive addition to the squad. A consummate professional and a thoroughly decent man, he’s a bit unfortunate to have joined at a point when Arsene Wenger’s teams began to decline, and I suppose he’ll always be linked with that fateful summer of 2015 when our transfer business began and ended with him.

Having added Mesut Ozil in 2013 and Alexis Sanchez in 2014, we should have done more that year to boost the quality of the squad after two successive FA Cups. Signing Cech would have been a good start if there was more to come, but there wasn’t. It’s hardly his fault, but I genuinely believe if you could give Wenger a do-over on any period in this club’s history that’s where he’d go back and correct things.

Over his time at the club he’s played behind increasingly deficient and porous defences, and I don’t think we’ve seen peak Petr Cech. I also think he should have played in the 2017 FA Cup final, in much the same way that I think Bernd Leno should play if we make the Europa League final, but there’s still the chance he could end his Arsenal career on a real high if selected for that game.

It’s a bit of a dream scenario, and ultimately it’s a situation that demands pragmatism before sentiment, but he’s got a job to do on Thursday against Valencia and after that it’s Unai Emery’s decision to make. Off the pitch, on the training ground and around the club, Cech’s professionalism has been impeccable, and he’s a hugely respected and popular part of the squad. It hasn’t been quite the success we’d all hoped, but it’s been a long way from a failure too.

Favourite moment: Saving Troy Deeney’s penalty at the Emirates in the next game after the Watford man questioned Arsenal’s testicular fortitude.

Right, that’s your lot for this morning. James and I recorded another monster Arsecast Extra for you last night, that’s available right now in your favourite podcasting app, or you can listen/subscribe below. Happy listening.