Home Arseblog, the arsenal blog The (Ned) Stark reality of Arsenal’s away form 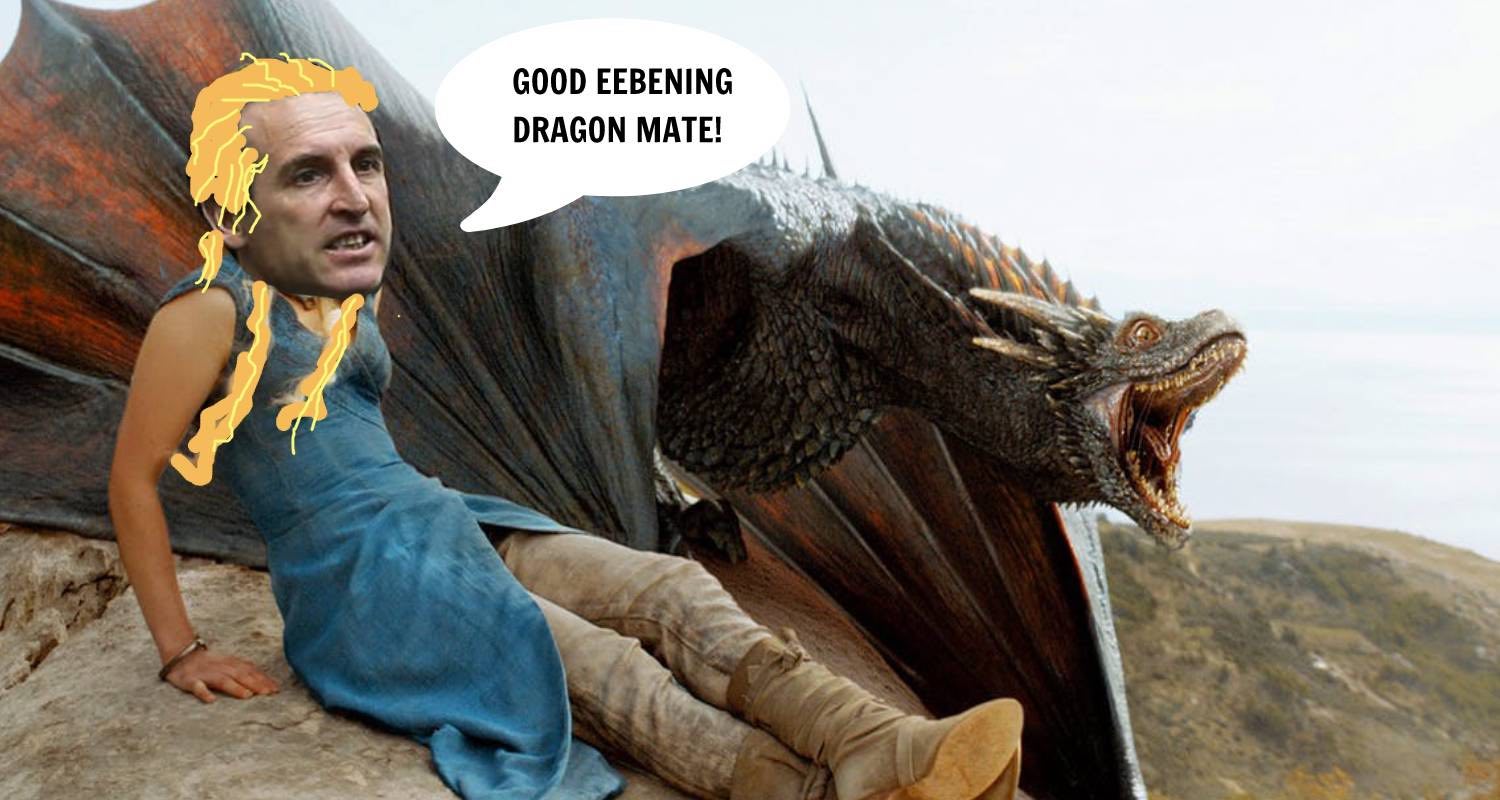 Morning all, let’s have a quick Sunday round-up.

Wins for Sp*rs and Man Utd yesterday mean that we’re now in 6th place. Here’s the table as it stands:

Chelsea are in action today, and a win would leave us 6 points behind them, albeit having played two games less. I know many are not particularly keen on Liverpool winning the league this season, but every Arsenal fan should be rooting for the Mugsmashers to win today, and hopefully by a few goals because it’s so tight right now that it could come down to goal difference.

What the others do is important, but clearly not as important as what we do ourselves. Even if Chelsea were to win today, top four is still in our hands if we win our own games, but the big caveat to all that is our away form, and the fact that the away form is an issue everyone’s talking about it, thus it becomes even more of a factor. Sometimes ignorance is bliss.

Basically, if I don’t know there’s a wolf behind me I’m not afraid of the wolf, but if everyone shouts ‘Look out, you’re being stalked by a wolf!’ then I’m gonna shit myself – even if some of these so-called wolves are more like a Bichon Frise or some kind of skittish Lurcher. This analogy does not apply when we’re actually playing Wolves, which we are very soon, so in that case substitute a wolf for a tiger. Unless we’re playing Hull in which case you’d need to substitute the tiger for a small Velociraptor. Look, I know we’re playing Leicester next week, just don’t get me started on foxes, we’ll be here all day.

The greatest trick the devil ever pulled was convincing the Arsenal players that it’s so difficult to win games away from home. Ok, he’s been behind much more nefarious things than that in his time, such as Maroon 5 and people who smell like Patchouli, but this is definitely a thing. We face Watford on Monday night, and all anyone’s talking about is ‘cojones’ because Troy Deeney once said we didn’t have any. I take issue with this because it is a factually incorrect assertion: as the old saying goes ‘Football is a game of 22 testicles against another 22 testicles unless one of the players has had a testicle removed – gents, check your testicles because testicular cancer is a thing’.

I mean, in the next game we played against Watford after Troy Deeney said that about our testicles (which we had but they had no bearing on how badly we defended that day because testicles don’t make players run or more defensively aware – I’m looking at you Granit Xhaka!), I think we won 3-0 and he missed a penalty. NOW WHO HAS THE COJONES? Which is to say this is not a game which will be decided by the contents of 11 red and white scrotums (the plural really should be ‘scrotii’), but by more prosaic things like tactics, organisation and how well we follow the game-plan that Unai Emery will put in place.

The boss was asked if we had ‘cojones’ and I enjoyed his response greatly:

We need to be competitive and to be competitive is to use our capacity, being organised, using our quality and winning the duels individually and collectively. The capacity to make the combinations with the ball, breaking their lines and also for the full 90 minutes we have a lot to do defensively on the set-pieces, on the corners and offensively on the set-pieces and corners to see how we can fight individually against them. Above all, it is to play one match. One match with 11 opposition players with quality and also a very organised team. I think each match is going to be very difficult but we can prepare and we can be optimists also if we play with a big personality and giving a big performance.

Brilliant. Just keep talking until the person asking the question regrets it to the point where they want to give up journalism and go work on a farm. Probably growing wild Patchouli to sell to Maroon 5 fans. They’re almost certainly the type who would buy it, slather themselves in it, then sit beside you in a bar talking very loudly about how they view the technological world as corrupt but necessary and how actually they’re going to go back and take some acting lessons as a way of expressing their creativity because they can’t do it through coding and web development.

Anyway, does anybody really care about any of this? Isn’t the entire world focused on the return of Game of Thrones? Let me tell you what happens. There’ll be some snow zombies, some boobs, some sword fights, loads of your favourite characters will die, and in the end Jon Snow will have sex with a dragon and make human/dragon halflings who will probably be the next annoying bastards to stalk us as we prepare to play a game away from home while George R R R R R R R R R R Martin sits on a throne made of money eating a banquet for breakfast every day.

I’m going to walk the dogs.