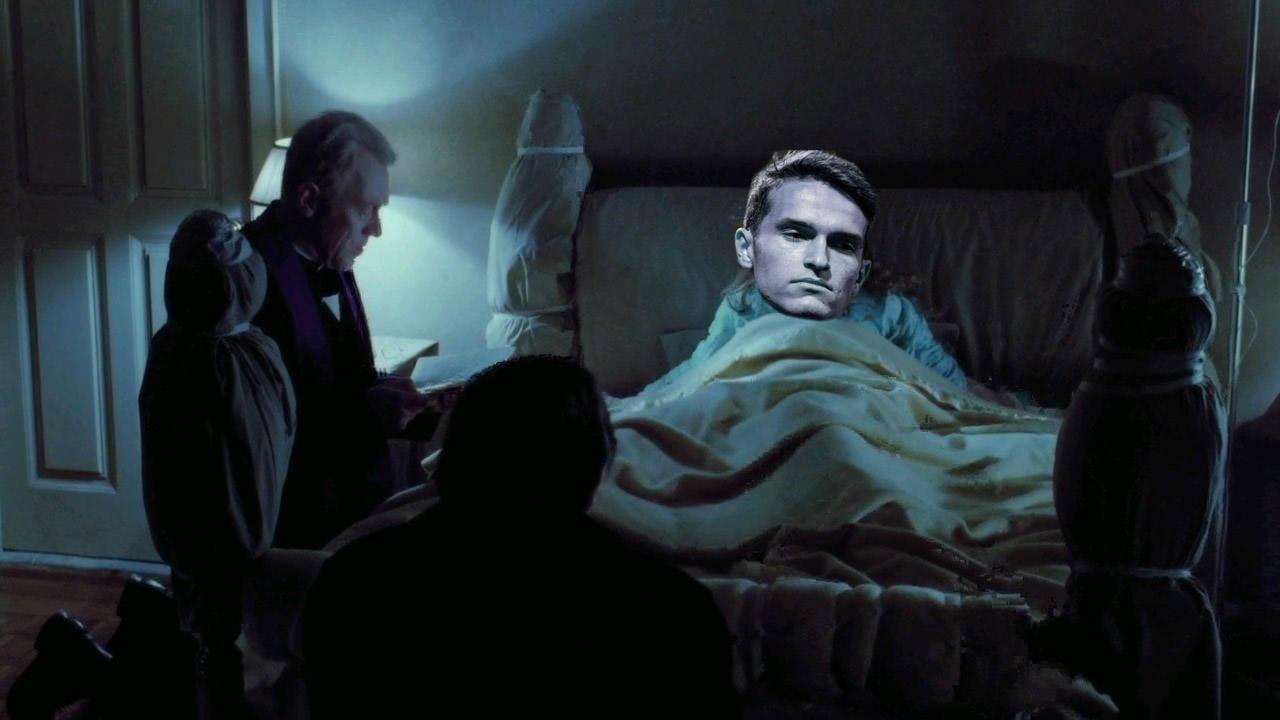 Good morning from an unusually warm Dublin on this Easter bank holiday weekend. Have you bought chocolate eggs for your children which are a rip off but sometimes you get a free [CHOCOLATE BAR BRAND NAME] mug so that makes it all right? If stuck, paint an ostrich egg brown and let them get on with it.

Right, let’s have a look around at what’s happening this morning, starting on the injury front with Aaron Ramsey whose hamstring injury is set to keep him out for ‘two or three weeks’. This is as good as it gets with a hammy. Remember when Lukas Podolski did his? He gave it a right twanging and he was out for months, so with all due care and attention we could see the Welsh Jesus back for the Europa League semi-finals after which we wrap him in cotton wool until the end of May so he’s fit enough to score another cup final winner against Eintracht Frankfurt. That’s another cup final winner in general, not another cup final winner specifically against Eintracht Frankfurt because that hasn’t happened in this universe.

Obviously he’s out of Sunday’s game against Crystal Palace, and there also doubts over Granit Xhaka (hip) and Lucas Torreira (groin) which would leave our midfield a barren and somewhat shaggy place with only Matteo Guendouzi and Mohamed Elneny to choose from if they don’t make it. Given we play Wolves on Wednesday it’s very hard to take any risks with players as aggravating any injury rules them out of that game, and some of the important ones to come. I have a suspicion that Unai Emery is, as the old Irish saying goes, going to rotate the ever-loving bollix out of it tomorrow.

I did enjoy the manager explaining how he decides which players to rotate. Basically, he takes all the circumstances into consideration – player injuries, fatigue, their physical readiness, the opposition, what kind of system he wants to play – then picks his team based on that information. I do so enjoy these little peeks behind the curtain that we get.

Tomorrow he’s got no Sokratis (nor indeed a full team of Sokratii) due to suspension, and you have to ask if it’s possible/sensible to play Laurent Koscielny for the fourth time in nine days. We have to give him a rest at some point, and realistically a home game against a mid-table side is a better time to do it than in an away game because despite two wins on the road this week, away games still scare me like when I watched the Exorcist when I was twelve and had to sleep with the light on for two nights. That’s a lie, I didn’t sleep at all. I stayed awake reading Roy of the Rovers and Warlord annuals, terrified that every shadow was a demon coming to possess me.

Nacho Monreal is in kind of the same position, he could do with a rest too but while he has the age issue, he doesn’t have the recent history of traumatic injury that the captain does. A back four tomorrow of Maitland-Niles, Mustafi, Mavropanos and Kolasinac? Or Lichtsteiner, Mustafi, Jenkinson and Inanimate Carbon Rod? How will we be able to tell Rod and Lichtsteiner apart? More on the game itself tomorrow.

Another player on the injury list is Denis Suarez, and there were reports this week that his loan spell might even be cut short. If his groin problem is serious enough for that to happen then it’s really been an unsuccessful spell in England for him. I mean, it’s been really unsuccessful anyway, and apparently he’s had difficulty settling in and all the rest. However, he is included in our Europa League squad, and should we advance to the final then he might be useful to have around just in case of emergency.

What might also be written in the stars is ‘FFS Arseblog, you’re a twat if you think that’ll happen‘, but none of us know who is doing the star writing and how? Can you use a ballpoint pen or do you need some kind of space Sharpie? I’ll admit to thinking Denis Suarez is about as much use as an ashtray on a motorbike, but football has a way of surprising us so let’s see.

Beyond that, the only other story of note is that our game against Leicester which was due to take place on Monday April 29th at 8pm has now been moved back to Sunday at noon because of our continued participation in the Europa League. We’re also awaiting confirmation of the Brighton fixture which is scheduled for Saturday May 4th but because we’re playing Valencia on the Thursday, it’ll be moved to the Sunday. A little help in our European efforts from the kind and generous broadcasters who only have our best interests at heart – but that doesn’t mean Rupert Murdoch isn’t one of the great evils of our time.

Righto. I’ll leave you with yesterday’s post-Napoli Arsecast in which I was a podcaster, an Arsenal fan, and a fireman. Have a good one.