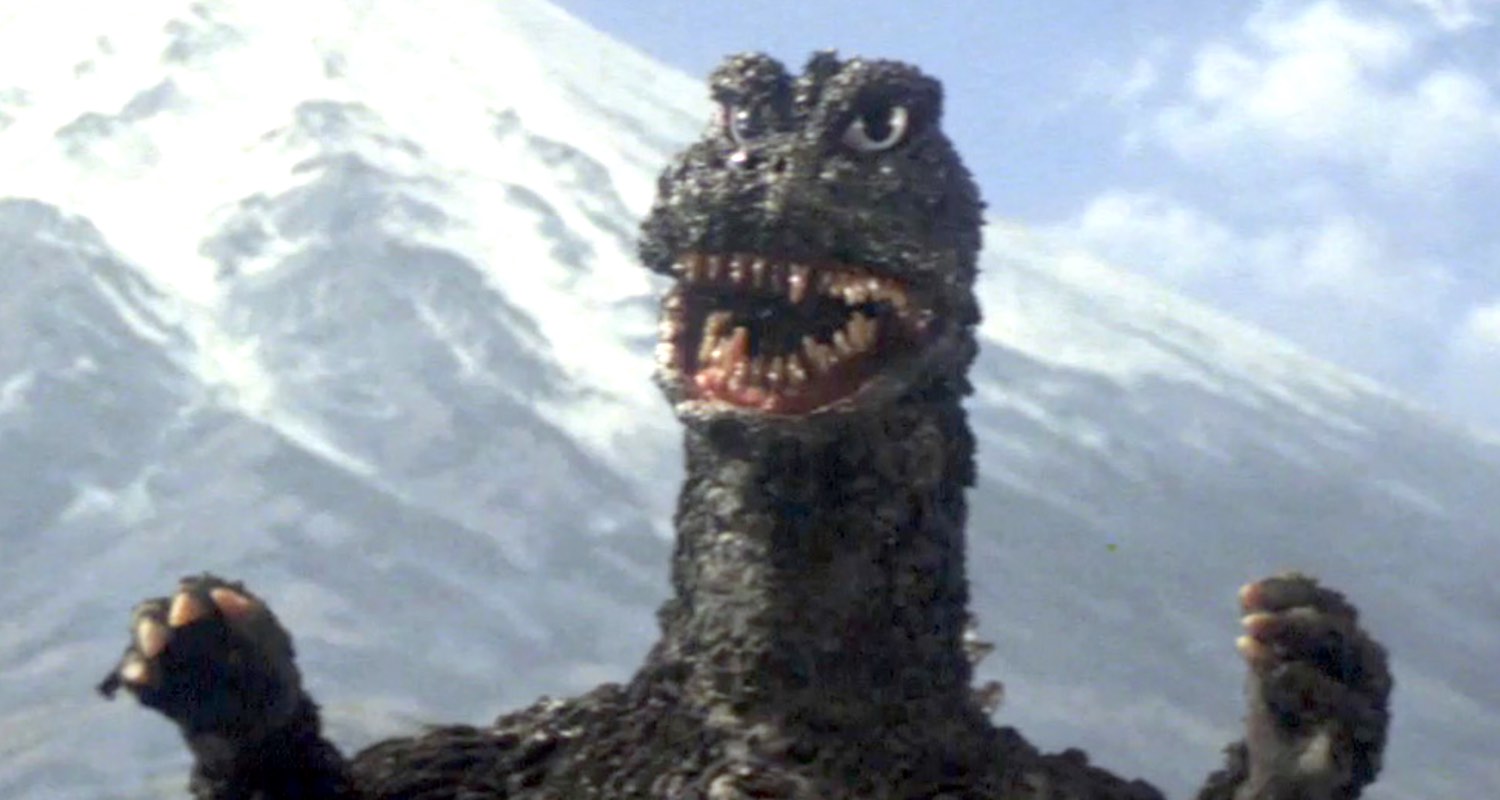 Champions League qualification via the Premier League is now out of our hands. It was in our hands, but our hands were crumbly and greasy and we let it slip. It’s not impossible, as Chelsea play Man Utd on Sunday and a win or a draw for United would put it back into our hands, but of course this is dependent on us going to Leicester and taking all three points.

On paper it sounds like something Arsenal should be able to do. In my mind it’s like somebody asking us to climb up the Empire State Building with comedy cartoon sucker-cups while Godzilla throws custard pies at us. I know, Godzilla has those T-Rex arms which make it difficult for him to throw to any great effect, but he also has a massive tail and you can’t rule out him using that whether it’s in the rules or not. Godzilla does not care for your protocols, he is a massive, prehistoric and very grumpy sea monster – there’s no reasoning with those kind of characters.

Which leads me nicely to Sokratis. I’m not saying he reminds me of Godzilla necessarily, but if there was somebody in this squad who might destroy a city after being made stronger by nuclear radiation, it’s him. Some might suggest Kolasinac but all the people of the city would need to do is stand three or four hearty citizens on the outskirts and his bombardment would be blocked every time.

The Greek international was speaking after the Wolves game, and declared:

We’re not stupid and we know that we didn’t play well. We now have three chances and we have to win all the games. The players want to play in the Champions League, we like winning and we want to be there. It’s not easy. Today was a bad moment for us. We cannot change it now because the game is finished, so now we look towards the next game.

The question is, how will Unai Emery approach this one? Will he try to find some combination of players who have consistently been bad away from home this season and hope that they are miraculously good? Will he throw caution to the wind, dispense with some of the feeble-minded lightweights and bring in some of our young players because at this point he might as well try anything? Or will it be a back three with Mustafi restored to the team because he has to rest Koscielny and rest a few others because we’ve got a Europa League semi-final to think about?

It feels difficult now not to prioritise Europe because we’ve made such a mess of things this week. Even with all the team talks and all the ‘The next game is the most important one’ stuff that will go down on the training ground, subconsciously there’s bound to be greater focus and perhaps application on the tournament from which we can win an actual trophy. Which would be amazing, no doubt about it. A trophy and qualification for the Champions League as another trophy which isn’t a trophy but is still a prize, like a virtual rosette that earns the club millions more pounds next season so we can invest that money into the team via the transfer market (hah!).

Which is to say I don’t view Sunday’s trip to Leicester with any great optimism, in much the same way as I didn’t view the game against Wolves as one from which we’d likely take the points we need. The other thing to consider is that even if the Europa League becomes the priority now, is going into a semi-final against Valencia on the back two (maybe three) disappointing results ideal preparation? I’d say not.

I was also curious about how Emery’s teams performed around their Europa League semi-finals in the past. So, I looked it up.

In 2015-16, having lost three of their previous four in La Liga they won a league game against Real Betis (a derby), before drawing 2-2 with Shaktar in the first leg. They then lost to Espanyol, beat Shaktar 3-1 at home before losing 4-1 and 3-1 to Granada and Athletic Bilbao. They beat Liverpool 3-1 in the final thanks to Coke (the player, not the drugs).

In 2014-15 they were better, losing to Real Madrid just before the first leg victory over Fiorentina, but they they drew with Celta Vigo ahead of the second leg against the Italians which they won 2-0 away, and then won their final two league games before beating Dnipro 3-2 in the final.

And in 2013-14, Emery’s first Europa League win, they’d won four in a row in La Liga before beating Valencia 2-0 in the semi-final first leg. After that they lost to Athletic Bilbao (3-1), lost the second leg of the semi-final 3-1 but went through on away goals, drew with Villarreal, lost to Getafe and drew 0-0 in the final against Benfica but won the trophy via a penalty shoot-out.

Is it evidence of anything? I don’t know but it does show that in two of the three seasons when Sevilla were involved in Europa League semi-finals their form around those games was patchy to say the least. Is it coincidence that the same thing appears to have happened to us? It might well be, but it might also be a reflection of the one constant in this scenario: Unai Emery. In short, I wouldn’t put much money on us winning on Sunday.

Right, there you go. I’ll leave you this morning with a brand new Arsecast which I chat with Amy Lawrence about this disappointing week, our Europa League chances and lots more, before Tim Stillman joins me to discuss the Arsenal Women’s potential title decider on Sunday, as well as the Leicester game and our away form. All the links you need to listen/subscribe are below, and we’ll have all the press conference news & team updates on Arseblog News throughout the day.