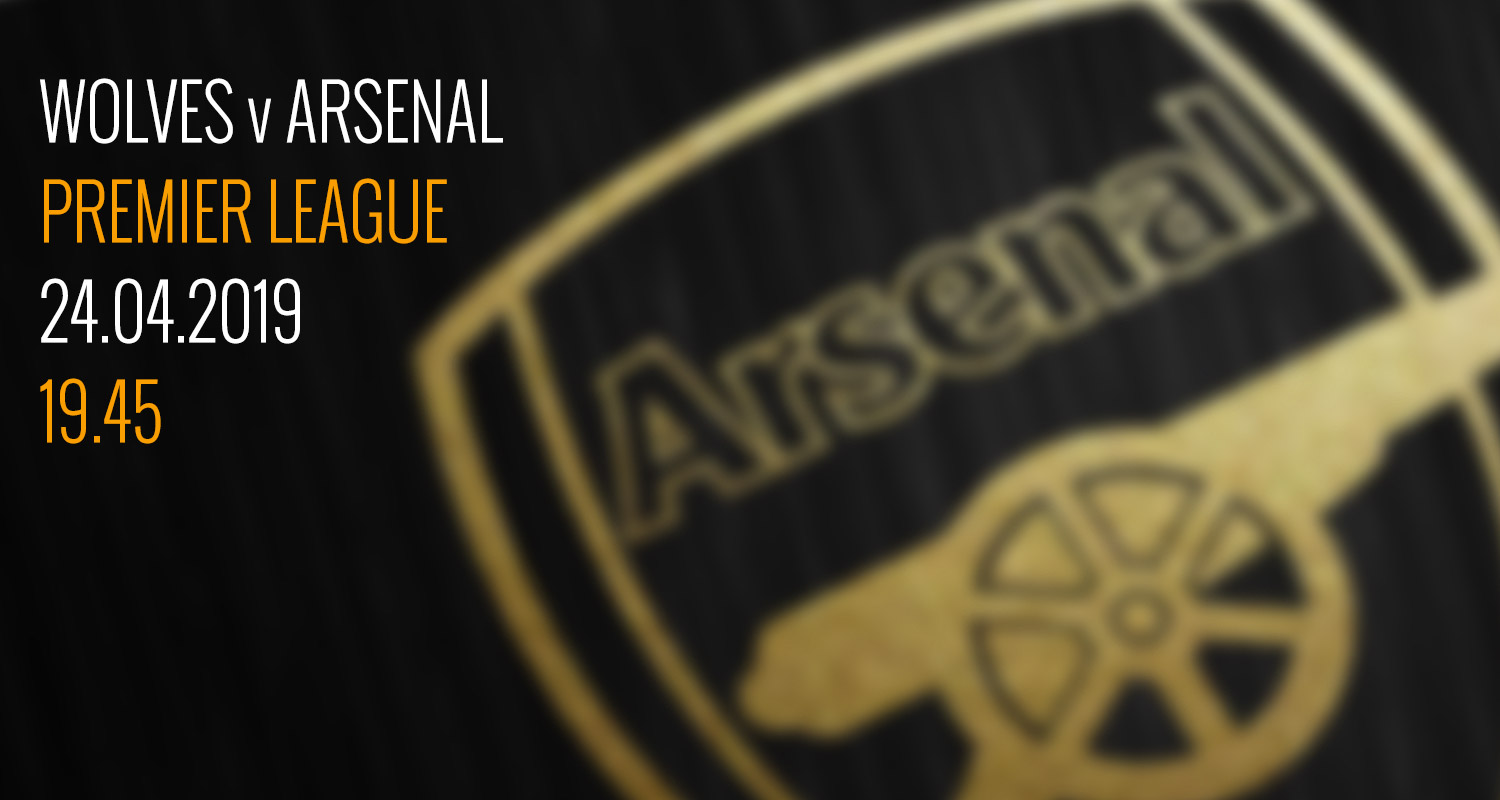 Arsenal take on Wolves tonight, needing to bounce back from Sunday’s damaging defeat to Crystal Palace and facing the difficult task of winning away from home – something which has been a challenge for us throughout this season. We made hard work of beating ten man Watford last week, but ultimately we’re a stage now where how we do it isn’t as important as making sure we take three points.

Unai Emery was in unusually coy mood when it came to team news. After a medical team update revealed Aaron Ramsey and Denis Saurez were definitely out, and Granit Xhaka’s hip injury was still being assessed, the manager more or less refused to provide any further information on players carrying little niggles and who might be available or not. Pressed for information, he said:

I am not telling you what our idea is with the players, with the system, with the injured players or the first XI. I want to keep all information to myself for tomorrow. Sorry, I think it’s better for us.

I don’t want to be clear on how the players are. I prefer it. It’s not you, it’s for our opposition.

I guess he’s hoping that a lack of knowledge might see his opposite number make assumptions about the players and formation we’re going to play. Does that mean we’re going to see Emery do something unexpected with his team tonight? Is he feeling the pressure after Sunday and looking to maintain any little advantage withholding team news can give him? It’s hard to say, but I suspect there’s definitely an element of the latter because losing at home the way we did was bad and the three points I think he expected us to win relatively comfortably went the other way.

So, we don’t know how fit Laurent Koscielny is. We don’t know if Granit Xhaka and Lucas Torreira can come back into our midfield. We don’t know if we’ll play both our strikers again. But then I’m not sure if keeping your cards so close to your chest over these matters is something that will unduly trouble Wolves hipster barista coach Nuno Espirito Santo. He’ll be well up to speed on who we have and what we do, particularly on the road, and while certain absences would definitely make us weaker, I don’t know why any team playing us at their home ground wouldn’t fancy their chances anyway based on our away record throughout this season.

As you can see, I’m not feeling particularly confident about this one, and I do wonder what kind of team we’ll put out. Sokratis is back from suspension so that’s good news, but will he play in a back three or a back four? I think that will depend on the fitness of Koscielny and our midfielders, because we saw on Sunday that a back three with Guendouzi and Elneny as the central midfielders simply doesn’t work. Xhaka and Torreira can function with a back three, but then we have to look at who else to play further forward.

Do we look for Ozil to do it away from home despite the mountain of evidence which tells us he rarely does? Mkhitaryan is fresh from not playing on Sunday, but he’s hit and miss with the quality of his performances. Iwobi adds something to our build-up, no question, but needs more decisiveness in the final third. And without Ramsey our two strikers appear to need to do a lot of work themselves rather than the team creating chances and opportunities for them to finish.

I don’t know how fired up we’ll be for this one, looking to react and respond to Sunday’s defeat. In fairness, one of the traits we’ve seen from the team this season is an ability to bounce back and dig out a result at key moments, but that Palace defeat will have sapped confidence too, so quite what’s going to happen is beyond me. I fervently hope for a performance and result from which we can take real positives, but I go into this game with some genuine trepidation – especially as the margin for error is increasingly tight.

Emery has also been talking about Shkodran Mustafi whose individual errors went a long way to costing us three points against Crystal Palace. When you read what he says, it’s obvious he’s trying to take the spotlight of criticism off a player he knows he’s going to need between now and the end of the season, but it doesn’t make for easy reading. In particular the part where he says it was a fault of the system we used on Sunday that resulted in Zaha’s goal and not an error by the player:

“He is young, he is improving and Sunday he is in the big picture because of the second goal. Who is in this picture? Mustafi – but it’s not his mistake.

“The mistake was tactical because we need to protect him with two centre-backs against Zaha. I protect him because I believe in him. He needs to improve things tactically, decision-making, but he has good quality and needs confidence.

“My work is to help him. We need him. I am going to say to our supporters, ‘Help our players.’ But I know we need to take the criticism and be strong as players, as a coach, as a team, as a club.”

It’s hard to know exactly where to start. I understand him wanting to protect a player publicly, it’s something most managers do – and should do – but to suggest this was an error of tactics rather than a colossal blunder by the player is absurd. Nobody who has eyes and saw what happened can believe that. He could say ‘Yes, he made a mistake, he will learn from it’, and we could all more or less live with it, but in his desire to take the heat off Mustafi and put it on himself, I think he’s gone a bit too far here.

When you read that he’s spoken to Mustafi about not going to ground as often, and that he’s basically said he’s got a central defender who can only play in a back three, we get a better insight into what kind of player we have on our books. The assertion that he’s still young doesn’t really hold much water either. Mavropanos is young, Mustafi is 27 – and in three seasons with us he has not improved at all. Frankly, he’s got worse at a point in his career when there should be improvement. The fact that he still goes to ground despite Emery making it clear he’s had conversations with him about it, as have previous coaching staff, tells you a lot about his mindset and character.

I absolutely get why Emery has said what he said in public: we have three senior central defenders, one of them is creaking like an old dungeon door because he’s 33 and being asked to do too much, so the reality is – like it or not – we’re going to have to play Mustafi. Emery knows fine well it wasn’t our formation or system at fault for the Zaha goal, or Palace’s third when Mustafi went walkabout and left the man he was supposed to be marking free to head home, and so do the fans.

So, we can acknowledge the reasons why he said what he did about the German, but at the same time fundamentally disagree with his assertions. The manager is doing what he thinks is the right thing for the player and the team, but maybe we’ll get a better insight into how he views Mustafi when it comes to our team selection – starting tonight.

As ever, we’ll have live blog coverage of the game for you, so join us later for that. In the meantime, stay on your feet.