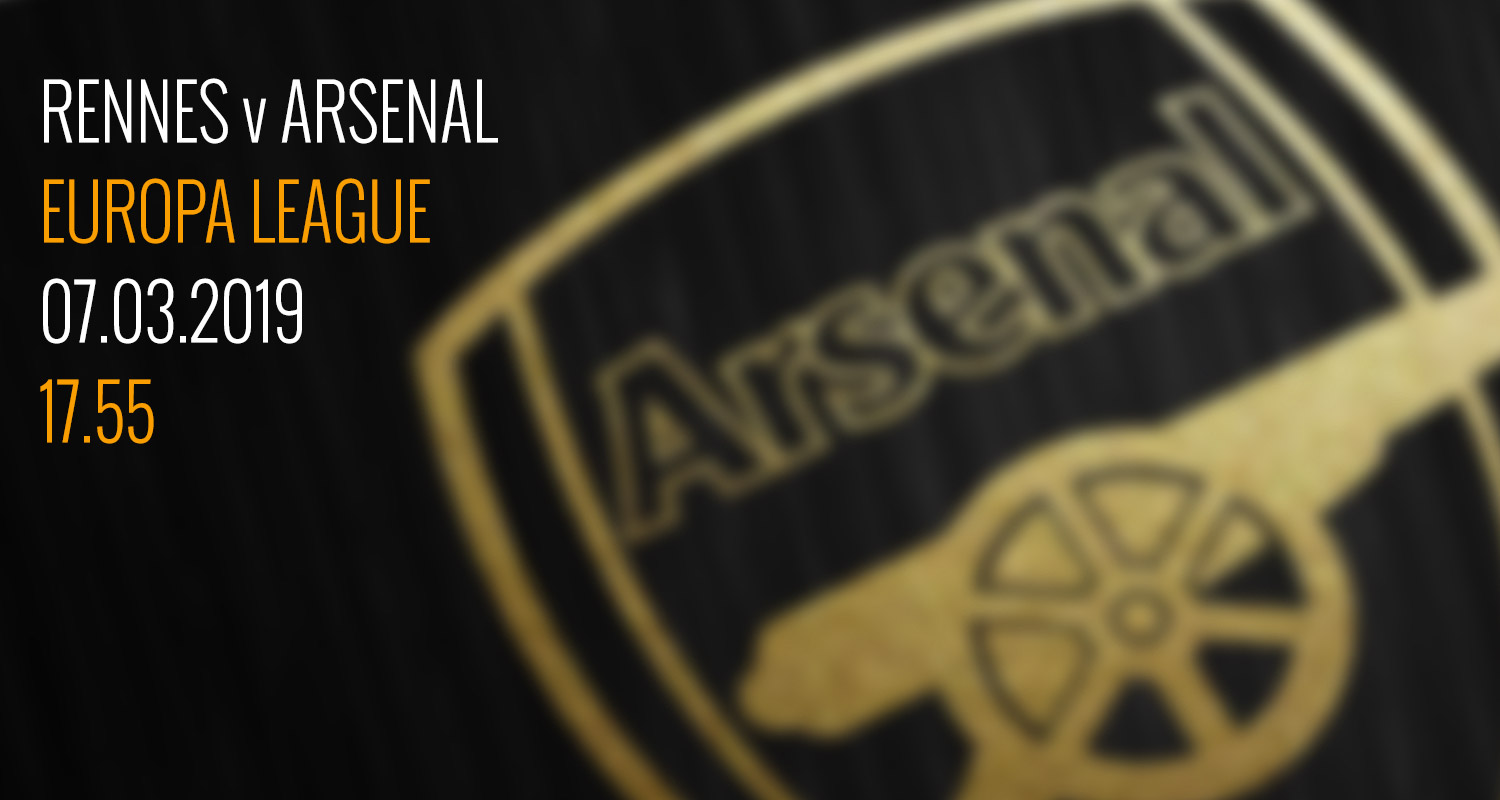 Arsenal are in France to take on Rennes in the Europa League Round of 16 first leg this evening. The French side come into this one a bit more rested than us, having had last weekend’s fixture postponed to give them more time to prepare, but in the build-up Unai Emery is insistent fatigue is not an excuse for his side:

We’ve had time to prepare well. We have these habits and we have the players to share and find combinations with the players that can play tomorrow, with a big performance, fresh players and with big energy. Then we rest, and on Sunday also we can play with some of the same players that play tomorrow, and some more with fresh energy to give the best performances and get us the best out of the next two matches.

The manager has rotated often and to good effect in recent weeks, and with a crucial Premier League tie with Manchester United coming up on Sunday, I’m pretty sure our team selection will be informed by that tonight. We know Petr Cech will play in goal, and I think we’ll see Ainsley Maitland-Niles come in at right back. I suspect that means Shkodran Mustafi will move back into centre-half alongside Sokratis, and one of Kolasinac or Monreal at left back.

In midfield, the fact that Lucas Torreira is suspended domestically and won’t play a league game until mid-April surely means he’ll be starting this evening. Whether it’s alongside Granit Xhaka or Matteo Guendouzi remains to be seen, but I suspect the latter due to his youth and energy. Remember, Xhaka has been rested a bit in recent weeks and I think his importance to Emery makes him the more likely candidate to sit this one out to keep him fresh for Sunday.

Ahead of them this seems like the kind of away game that suits Mesut Ozil. He was a substitute on Saturday, so it makes sense to start him tonight, and I think Sunday will see us use Ramsey again. The job share I wrote about earlier in the week looks set to continue for the rest of the season, and tonight seems set up for the German. It’s a European game against opposition who aren’t so intense or fierce that Emery would baulk at the idea of using him, and with Pierre-Emerick Aubameyang starting up front because of the suspension picked up by Alexandre Lacazette we have a striker/number 10 combination that’s nicely compatible.

In recent weeks both Alex Iwobi and Henrikh Mkhitaryan have been very important for us, but again I think Emery has to choose between them tonight with the United game in mind. That should mean a start for Denis Suarez who has now been with the club over a month. There’s no doubt that he arrived in a less than optimal physical condition. He’d barely played all season for Barcelona, and he couldn’t possibly have been sharp enough. Now though, with five weeks of training under his belt, he must surely be ready, and this is the precise reason why we brought him in.

He’s not a potential Ramsey replacement, I don’t think he’s even see as someone who can usurp the two wide options we have at the moment, but someone who allows us to rotate them a bit to ensure we don’t overplay them. We should use him tonight, and if he plays well then that’s a bonus. If he doesn’t, we take him off, and we still have a second leg at home if this game doesn’t quite go according to plan.

The lack of an established striker on the bench means there’s a greater onus on the starting XI tonight to do what needs to be done. After his penalty failure on Saturday, I hope there’s a response from Aubameyang who hasn’t always been clinical this season despite being our top scorer. There’s definitely enough talent and enough firepower in this team to get goals though, and if we can defend with the same level of intensity and organisation as we did in the derby – one stupid moment notwithstanding – then we’ll certainly increase our chances of taking a good result home for the second leg.

As ever we’ll have live blog coverage of the game for you. Simply bookmark our live blog page, or check back here later for a post which has all the details. We’ll have all the post-match reaction/ratings etc on Arseblog News too.

Meanwhile, in the Champions League there was more VAR mayhem as Manchester United were awarded an injury time penalty which Marcus Rashford converted to send them through. Having lost the first leg 2-0 and gone into this game with a load of injuries it’s a huge win for them, and I suppose people will be worried that their confidence will be sky high for Sunday now.

I’m not sure it’ll be any higher than it was already, they’ve been on an incredible run since Solskjaer took over anyway, and while I’m hardly an advocate for United, I think I’m pretty much ok with anything bad that happens to the loathsome entity that is PSG. Neymar’s stricken face on the sideline was wonderful to see, particularly as I can see why they were aghast at the decision made.

Personally, and I know not everyone will agree, I thought the penalty was harsh. When the ball is blasted with power at a players arm from a short distance away, it’s tough to penalise them even if they do jump to try and block the shot. I also think slow motion replays make incidents like this look much worse than they are. You arms have to go somewhere, and much like offside I think the handball rule is one which badly needs to be revisited. I think I read something recently to say that is going to happen, but anyway, PSG are out, United are through, and in some ways it might well be a good thing for Arsenal.

Their squad is already stretched to the limit with injuries, and having another couple of very difficult and intense games to contend with could well be beneficial to us as they are one of our rivals for a top four place. It doesn’t alter what we have to do, of course, because first and foremost it’s about us winning games and gaining points, but if the Champions League is distraction or makes their life a bit more difficult, then I’m on board.

Also PSG, Qatar and Neymar are sad this morning. It’s like a triumvirate of HAHA, so HAHA.

Right, that’s your lot for this morning, catch you later for the game.

NOTE: We are aware that the arses aren’t working, we’ll get them fixed asap.