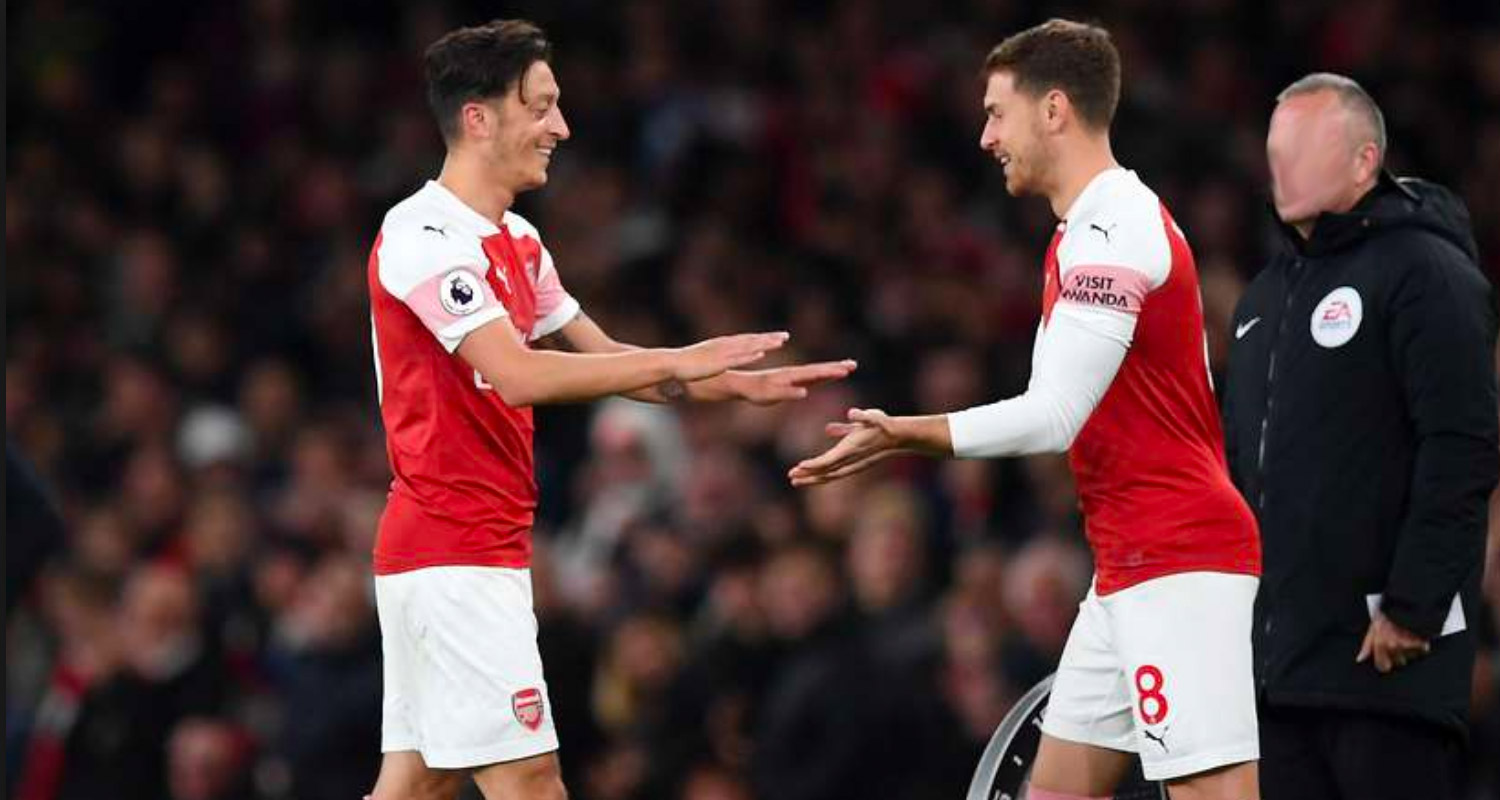 Yesterday an artist who meant a lot to a great many people took his own life. The Prodigy were hugely popular and massively influential, and Keith Flint was a genuinely iconic performer.

Yesterday, some publications thought it was acceptable to run a story linking Aaron Ramsey to his death. This stupid idea that when the Welshman scores somebody famous dies has been doing the rounds for a long time. I say stupid, but it’s more than that. It’s crass and pathetic. And, let’s make it clear, quite obviously nonsense of the highest order.

If Aaron Ramsey were the only professional footballer to score a goal in the hours before someone’s death, then we could all be rightly taken aback by the dark powers at work, but he’s not. Anyway, goals don’t kill people. A dismissive attitude towards mental health and trivialising a tragedy, they might have an impact on somebody who is struggling or in a dark place, but not a player sticking the ball in the back of the net.

I know the vast majority of people reading this will find those kind of stories distasteful and probably don’t read those kind of things anyway. I still think it’s worth pointing out that we, as readers and consumers of media, have a power in this regard, however slight it might seem. We can ignore, we can switch off, we can refuse to give clicks and hits to this kind of garbage, and we can use what they do in cases like this to inform us about everything else they do and what they stand for.

Which is nothing, by the way, beyond making money and ad-revenue out of something awful. For clarity, there’s a big difference between reporting on a story and its facts, and the pitiful attention-grabbing headline-driven bollocks that the ‘Ramsey death’ story is a perfect example of. And while everyone’s got to make a living, if that’s the pressure you’re being put under by the publication in question to generate page views, maybe have a good think about that and consider a different line of work. Unless you’re just as abject as they are, in which case I hope all of you have an itchy ringpiece for the rest of your lives.

I realise I’m preaching to the choir a bit here, but sometimes it’s not a bad idea to remind ourselves of stuff we already know, and to think a little about what we say, do, and share online.

Speaking of Aaron Ramsey, his goal against Sp*rs on Saturday makes me wonder what’s going to happen over the next few days in terms of our team selections. Before we face Manchester United on Sunday in the Premier League, we travel to Rennes for the first leg of our Europa League Round of 16 tie. What side Unai Emery picks for that game will be fairly informative, I reckon.

Even though it’s away, the continental nature of the game probably means that Mesut Ozil will start this one, particularly as Pierre-Emerick Aubameyang will be up front. I think James mentioned on the Arsecast Extra over the last couple of weeks that in terms of midfield>striking partnerships, those two dovetail nicely, as do Ramsey and Lacazette, but with the Frenchman suspended it could well be a job for the former duo in Europe.

United at home, just three days later, will allow Emery to refresh that key area of his team with the latter if he decides to stick with the same system he used against Sp*rs. After this though, when you look at the fixtures we have remaining this season, the home games look like ones which will definitely suit Ozil – and hopefully we see him perform as well as he did against Bournemouth last week, while the away trips look more like Ramsey games.

It’s actually a decent situation for Emery to be in, with clarity over two players whose circumstances this season haven’t always provided that for various reasons. It’s a shame it’s taken so long to get here, but at least we’re not still dealing with the ongoing issues that clearly affected team selection throughout the first six months of the campaign.

What will be interesting is what the plan is for next season because one way or another Ramsey has to be replaced. You can’t lose a player of that quality and not dip into the transfer market to fill the gap in the squad. I know we all have high hopes for Emile Smith Rowe, but it’s a lot to ask of a young player that early in his career. Also, the Ozil situation and what’s going to happen there will also surely have an impact.

If he’s staying, it will probably mean a different kind of signing than if he’s going. At the moment this number 10 job-share thing is probably the best way to manage the two players in question. But what if we had one key player who could play both home and away, regardless of who the opposition is, how physical they are, or anything else? A player around whom we can build and who can provide consistency. Perhaps that player could then be assisted by a younger talent who doesn’t have the weight of too much responsibility, and who could develop over the course of the season without having to play too many games he’s not quite ready for.

I know we’ve got a lot of football left to play this season, and all the focus will be on that, but the reality is that Ramsey is leaving and – despite his recent return to favour – there are still huge question marks over the future of Ozil. The club needs to be so clear in what it does this summer, and this – along with what we do at centre-half – is the major issue for our recruitment team (whoever they are and whoever they might be when the transfer window opens again).

That’s yer lot, have a good one.