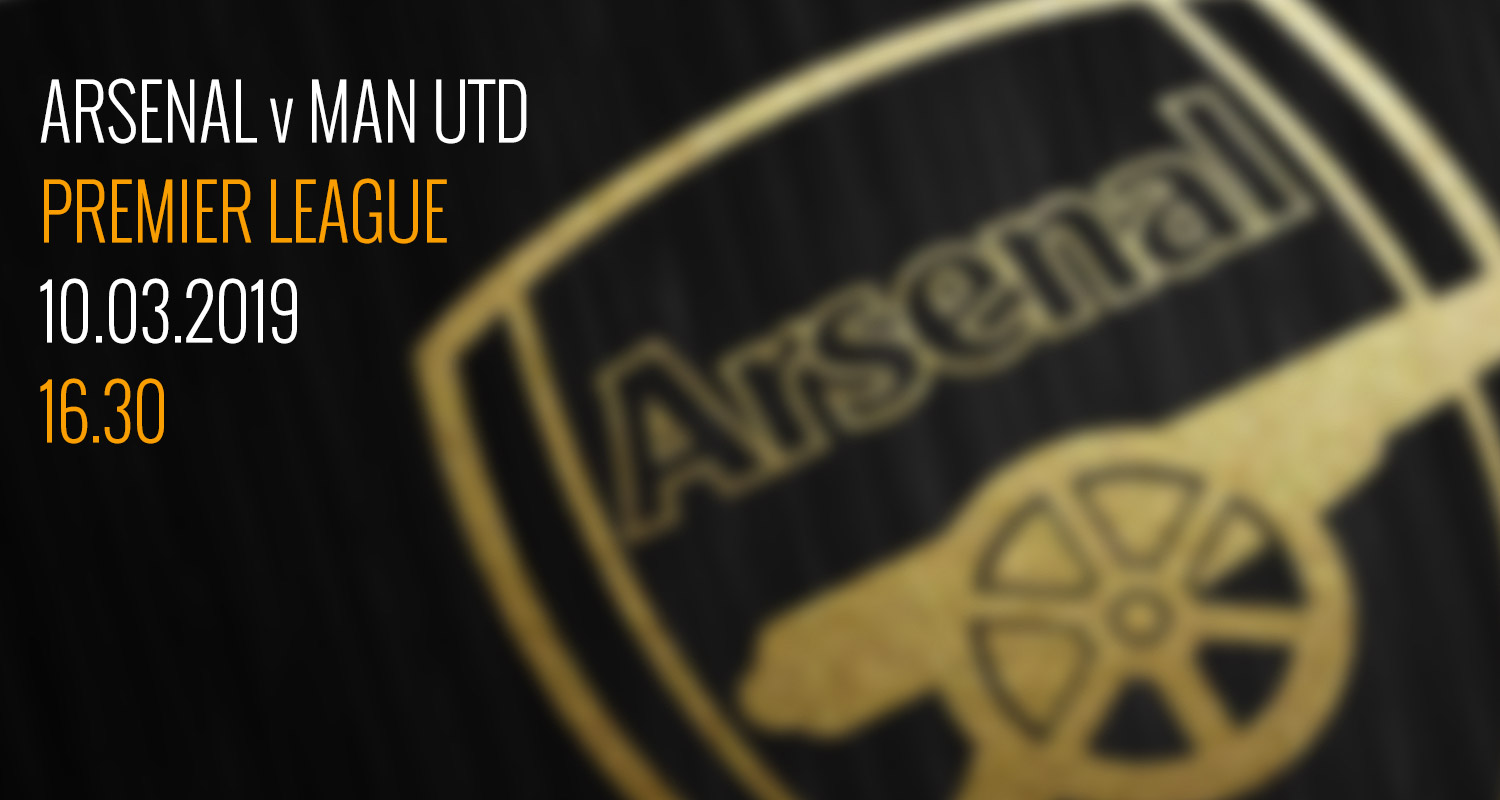 Today is a big day. We face Manchester United at the Emirates in a game which will surely have a significant impact on our top four chances, one way or the other. Here’s the Premier League table as it stands right now:

For all the focus on today’s opposition, we also have to keep Chelsea in mind. They’re just a point behind us with a game in hand, but there’s nothing we can do that can have any effect on them so we have to hope they drop some points along the way. This afternoon’s game is all about taking points off a United side that will undoubtedly come into this game buoyed by their midweek European exploits, ready to face an Arsenal side that once again have something to prove after a disappointing game against Rennes.

I think Unai Emery will stick with a back four, and if that is the case then it’ll be the central defensive partnership of Laurent Koscielny and Sokratis, and I suspect Sead Kolasinac will come in on the left. On the right, I wouldn’t be surprised at all to see Shkodran Mustafi start again. His reluctance to play Ainsley Maitland-Niles there even in an emergency suggests he doesn’t particularly fancy the youngster in that position, so unless there’s a recall for Stephan Lichtsteiner – who hasn’t made the squad for the last two games despite being fit – he doesn’t really have any other option.

With Lucas Torreira suspended, it’ll mean a midfield partnership of Granit Xhaka and Matteo Guendouzi, both of whom need to do a lot better than they did in midweek. The former had one of his frustratingly clumsy games and was lucky not to get sent off for a stupid challenge late in the game; while the latter will hopefully learn a quick and serious lesson from the Rennes game. Yes, he is a potentially very good player, but he hasn’t made it yet and had no business strolling around the way he did on Thursday. It can happen to young players, so it’s not the end of the world, but it’s important that he responds today because another performance like that and we’ll be overrun in midfield.

I fancy Aaron Ramsey to come into the side ahead of Mesut Ozil, with Alex Iwobi and Henrikh Mkhitaryan either side of the nicely rested Alexandre Lacazette. Pierre-Emerick Aubameyang has had a couple of successive stinkers, and his face when he was taken off in the Europa League told its own story. If we’d have Lacazette that night he’d have been benched much earlier, but he’s an experienced player who can’t sit around feeling sorry for himself – especially at this point in the season. It won’t be the first time he’s had a fallow period, just one goal in his last seven games, but the man is a goalscorer and I suspect that this is a game in which we’re going to need that quality from him.

Not for the first time this season, Emery needs to elicit a reaction from his players, some of whom sound a bit down in the dumps after the defeat to Rennes. Speaking on Friday, he said:

I want the players to help me with big positive energy. One player was worse than me, more down than me, and I said to him ‘let’s speak tomorrow as you are more sad than me’.

I want to listen to players with positive energy. I want to hear them say: ‘We can do it on Sunday.’

Our big games at home this season have more or less been positive. Leaving aside the opening day defeat to Man City, we’ve beaten Sp*rs and Chelsea, drawn with Liverpool, and now we face a United side in the Premier League having lost to them at the Emirates in the FA Cup in January. We’ve also generally responded quite well to setbacks, and the defeat in midweek was certainly that. On top of the derby game the previous weekend we really should have won, the wind has been taken out of our sails a little bit, so it’s vital that we get a result today.

We know what an amazing bounce they’ve had since the departure of Mourinho and the appointment of Solskjaer, so there’s no question today is going to be tough. They’re a big club with high quality players who will punish us if we make mistakes, and defensive lapses have been a feature of Arsenal’s performances throughout this season. Hopefully we can keep those to a minimum and ensure we’re efficient with the chances we make at the other end. With Sp*rs losing yesterday, three points for us will drag them right back into this top four scrap too. A three-way battle for one place will become a four-way fight for two, and that makes for better odds.

I’m all at once hopeful, optimistic, nervous and fatalistic, but that’s football – more precisely, that’s Arsenal – but let’s hope these players can produce when it matters, because today is so, so important. It’s our last league action for around three weeks because of the Interlull, so taking three points would ensure that break isn’t one filled with introspection and navel-gazing, not to mention the positive impact it’d have on the table and our chances of Champions League football next season.

As ever, you can follow the game on the live blog which will have text commentary, goal clips and chat. Bookmark our default live blog page, or check back later for a post with all the info you need. We’ll have a match report, player rating, stats and all the reaction on Arseblog News later on too.

Until then, take it easy and I’ll catch you for the game.