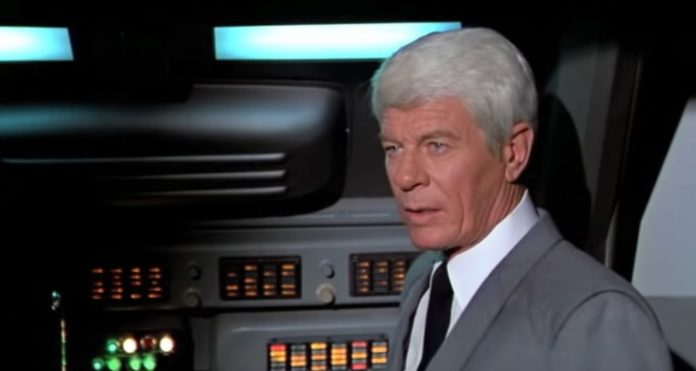 Morning all, a quick Saturday round-up for you. We face Man Utd in the Premier League tomorrow, so we’ll hold off on news related to that until we preview the game here on the blog. Suffice to say there don’t appear to be any new injury problems, and the only issue we have to contend with is the suspension for Lucas Torreira which keeps him out of domestic action until mid-April.

Meanwhile, from Italy changes are afoot at Roma. After being knocked out of the Champions League by Porto they sacked manager Eusebio Di Francesco and have replaced him with Claudio Ranieri who seems like a lovely man but I’m not sure how he keeps getting jobs. Fair play to him though. Another casualty of the reshuffle there is the departure of Ramon Rodriguez Verdejo – otherwise known as Monchi.

As we all know, he’s been strongly linked with the role of Technical Director at Arsenal over the last couple of months, and the consensus was that he was going to see out the rest of the season in Italy and then join us in the summer. I know that people within the club have been told this appointment is happening, so now we’ll just have to wait and see if it happens sooner than we expected.

I hope it does because this is a role of huge importance for any football club, and right now it remains vacant. There is a lot to do this summer when it comes to bringing players in who can fill the gaps and add quality to positions which badly need it. We also have to start thinking about those who are leaving, either by default because they’re at the end of their contracts or retiring, as well as those whose time at the club is up and for everyone’s benefit they need to find pastures new.

Monchi’s record at Roma has been hit and miss, the Guardian list the deals he’s done since he’s been there, and there have been some poor signings. I think that’s inevitable though, no recruitment bloke or manager is going to knock it out of the park every time, but it’s about ensuring the balance between good and not so good is tipped so far in favour of the former that you can live with the latter.

Think of Arsene Wenger in his early years. Bringing in the likes of Vieira, Anelka, Pires, Overmars, Kanu, Ljungberg, Lauren, Edu, Toure, Cesc, van Persie etc, more than offset the the less successful arrivals like Jeffers, Inamoto, Wright, Denilson, Malz, Stepanovs, Danilevicius etc. Eventually the balance tipped too far the other way for Arsene, and that added to the frustrations people had with him, but everything has a life-cycle. So, if/when Monchi arrives, expect there to be some duds, it’s normal for clubs to make signings which just don’t work out for any number of reasons, but if he can find enough players who make our first team better then he’ll be seen to be doing a decent job.

I suppose the thing he’ll have to face is a club which appears to be going through a period of relative austerity in terms of transfer funds. What we spent last summer on five players is what we spent a couple of years previously on just two – Granit Xhaka and Shkodran Mustafi – so I suspect there might be an element of him having to find hidden gems. Maybe they’d be more accurately called needles in haystacks at this point given how sophisticated the world of scouting and recruitment has become, but he knows Emery well, he does have a track record of helping to identify young talent inside and outside the clubs he works for (particularly at Sevilla), and I do wonder if this current crop of young academy talent we have right now might benefit from his appointment too.

Also, the Monchi situation might well explain some of the stories recently linking us with Turkish winger Cengiz Under. He was brought to Roma by the Spaniard from Basaksehir in 2017, and as a right-sided winger you can see exactly how a player of his profile would be of interest to us. Six goals and three assists in 18 Serie A game is not brilliant but not bad either, but he’s 22 and there’s obviously lots of room for development.

Personally, I simply wants us to sign him so every time I do the live blog and he takes a shot which goes too high I can write ‘Under, over …’ and then think about Airplane 2, but that’s probably just me. Anyway, let’s see what happens with Monchi now that he’s a free man and, I guess, available to get on board the Arsenal train whenever he’s ready. The job is there for him, he just has to take it. Shirley it’s just a matter of dotting the Is and crossing the Ts.

Right, not a lot else happening this morning. It’s all about tomorrow night, and what’s going to be a huge match in the ongoing scrap for a top four place. There’s a lot riding on this one for Arsenal and Unai Emery, so join me tomorrow for a preview. In the meantime, here’s the brand new Arsecast featuring Rennes chat, United chat, and Gunnerblog’s terrifying hound from hell, Blossom.