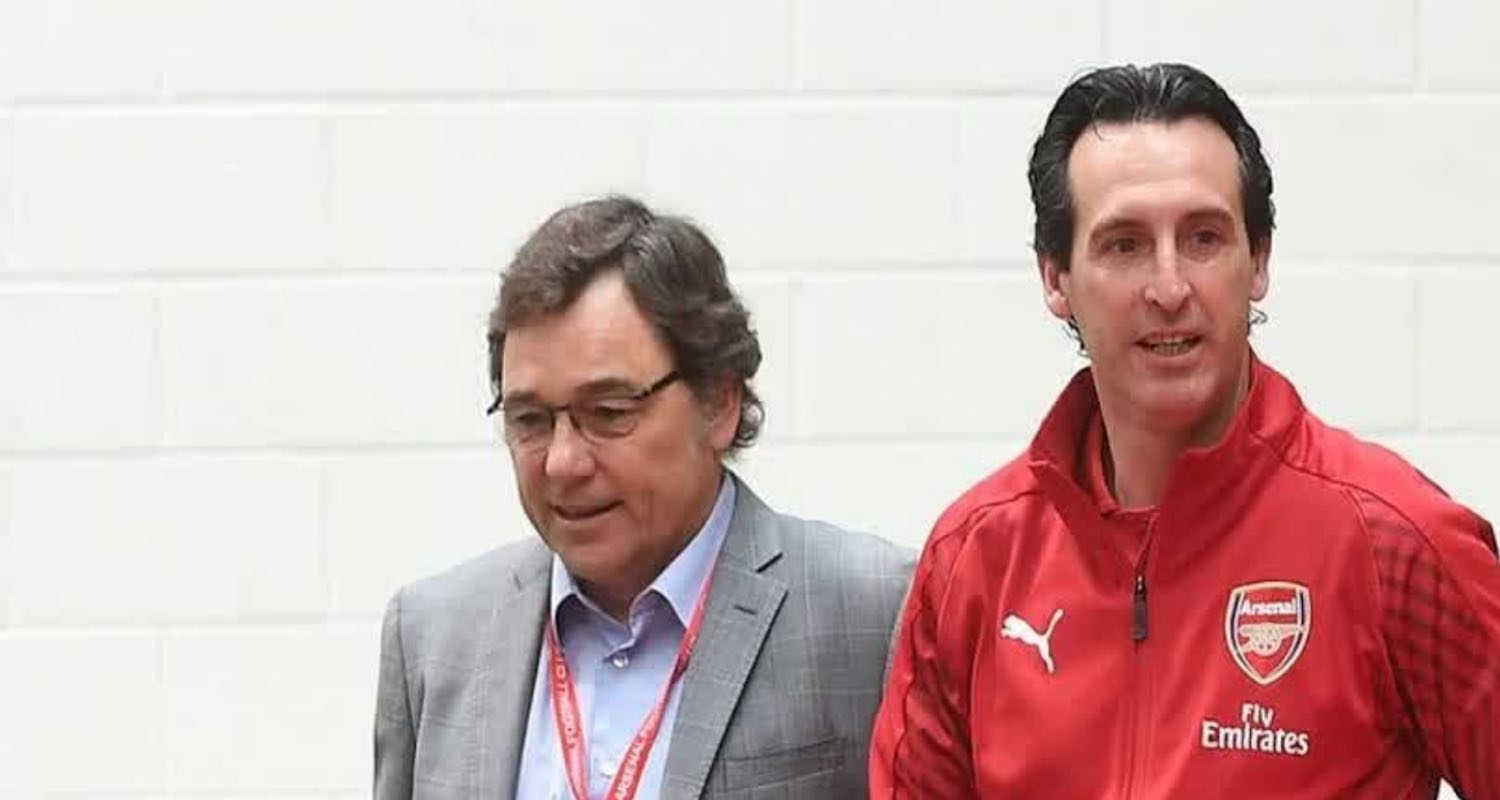 Well, there’s only one place to start this morning, and that’s the comments by Unai Emery which had people up in arms yesterday. At his pre-West Ham press conference, he dropped the ‘bombshell’ that Arsenal couldn’t buy players in January, only loan them.

For the sake of clarity, these are his exact words:

I should also point out that this is something we discuss at some length in today’s brand new Arsecast, but let’s got on it here too. The obvious implication of what he’s saying is that Arsenal don’t have any money to spend this month, and the understandable reaction to that is one of incredulity and anger.

It’s impossible not to take cynical view of this because it plays into the fears many of us have about Stan Kroenke and KSE having 100% ownership of the club. This is the first window under their complete control and the head coach has announced to the world that we’re unable to buy anyone; we’ve seen a contract offer to one of our best players withdrawn and we’re asked to believe there are football reasons to that decision when it’s pretty clear the main one is financial; and it comes shortly after every department in the club got an email from KSE asking them to cut costs wherever possible.

Let’s also remember that the Head of Football and Managing Director did the rounds late last year, meeting journalists and making it abundantly clear that KSE would not be the kind of owners to dip into their own pockets. Arsenal’s self-sustaining model was the way we’d be run, and via back channels the message was disseminated that transfer funds were always going to be limited. So with all that in mind, it’s hard not to view this situation as very much tied in with Kroenke. I’m certainly cynical but let’s try take another view.

Raul Sanllehi is on record very clearly expressing his distaste for the January transfer window, this is what he had to say:

I’m not a strong believe of the winter window, normally it’s used for emergency cases when things don’t go the way you planned in the summer window. It doesn’t mean we’re not going to use it, I don’t know yet, it’s early in process. If things things go as planned, the winter window should not be as relevant as the summer window. First we need to know what the needs could be, what opportunities are in the market. We’re not actively looking into that.

So, basically it’s for an emergency only or if some fantastic opportunity comes our way. The return to fitness of five defenders will have, in their minds at least, turned off the sirens when it comes to our defence, and as yet we haven’t heard of that outstanding player becoming available. The probable loan of Denis Suarez will give us an extra option further forward, but as I wrote the other day, I’m fully behind a temporary deal for him rather than spending the guts of €20m on him. That seems to be fit in with their view of how the January window operates.

Also, Emery didn’t categorically say we don’t have any money, just that we can’t sign players. Maybe it’s splitting hairs, but perhaps he means we can’t do what we want to do in the summer if we spend money now – and if that’s the case, however frustrating it might be to hear it, I’d be on board with that.

For too long our spending has been poor, and we cannot continue in this cycle of buying average players who don’t improve our first team in any significant way. Buying in January when the options are limited, or perhaps bowing to pressure from fans to get someone, ANYONE,  only feeds that further and we desperately need to break out of it. Yes, we all know that personnel need to be improved, but if we can’t do it this month then I’m ok waiting until summer because otherwise we’re just going to continue on this merry-go-round of mediocrity.

This new regime are dealing with various issues left to them by deals done by Arsene Wenger and Ivan Gazidis which are, frankly, a poor reflection on how they ran things in the final years. There were desperation deals, a distinct lack of planning and strategy, poor decisions with player contracts, bad buys, dreadful selling, and it’s something we’re now going to have to contend while at the same time trying to build the kind of competitive squad we all want to see. That, coupled with no investment from the owner, makes for a difficult job, and some tough decisions will have to be made.

I’m quite sure that Emery, Sanllehi, and Sven Mislintat are well aware that things need to improve. The squad profile has to change, and some of the players who are consistent under-performers need to leave and be replaced by better ones. We need to use our resources more cleverly. So let’s remember that in order to maximise income and thus funds available for transfers, we need to sell well also, and January is not the optimum time for that either. The bottom line is you can buy better in the summer, and sell better in the summer, and if my glass is in any way half-full this morning, it’s on the basis that lack of January business is part of a more strategic approach to how we operate in the transfer market.

Emery’s first season was always going to be one in which he made up his mind about some of the players he had. Who has bought into his methods? Who does he feel can work with and develop with in the future? And who are the ones who don’t fit? I’m sure he’ll already have pretty clear ideas about who he wants to keep and who he’d happily move on, and the time between now and the summer window will allow him, Raul and Sven to properly plan incomings and outgoings. Start the processes that put players on the market, and identify ones we can bring in who can improve us.

Key then is to ensure we get as much as we can get for some of these players, because we’ve been poor sellers in the past, and taking a hit in January to buy a player you don’t really, really want just perpetuates this under-performance in the market. We have to do things differently, we don’t have the funds that other clubs do, and unless something changes then we’re going to cement our position as a 5th/6th place club. So, if there’s short-term pain for longer-term gain, I’m behind it.

Of course, that’s all dependent on that being the case. I have to hope it is, because otherwise it would take you down a very depressing road in which we simply exist as a KSE entity, chugging along season after season after season with no hope of success or anything changing in a significant way. The fact the club have made a considerable investment in new staff, and put in place experienced people in key roles – particularly in the football side of things – give me some optimism, so let’s hope they have the vision and bravery to make the right decisions for this club, even if it opens them up for some criticism.

As I said, there’s a good discussion about all this on the new Arsecast which you can listen to below. We’ll have news throughout the day on Arseblog News, and I’ll be back early tomorrow to preview the West Ham game. Until then.