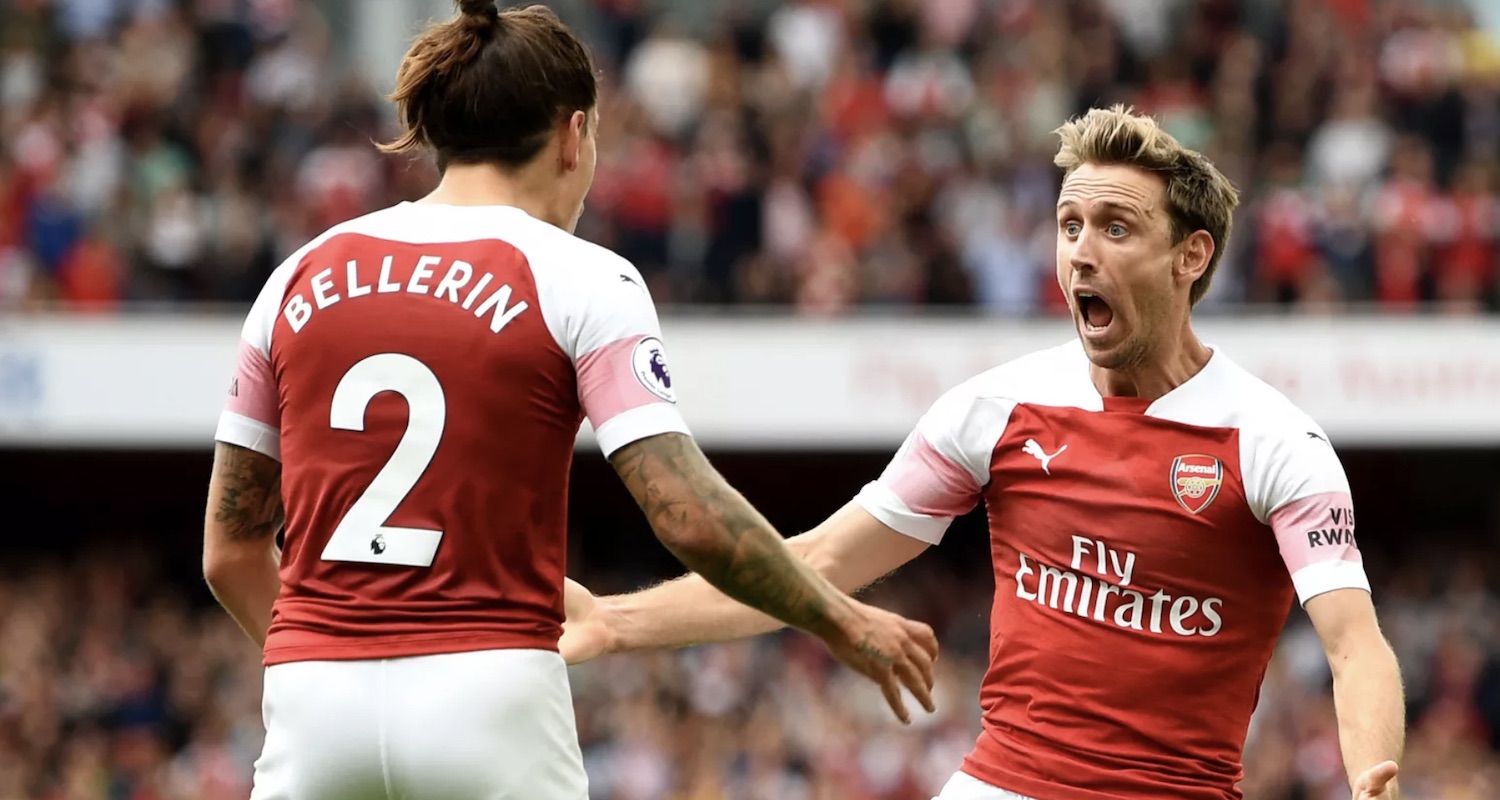 The weekend approaches and with it some good news about player fitness. Yesterday, the club announced the return to full training for six players who have been sidelined recently.

Hector Bellerin, Nacho Monreal, Laurent Koscielny, Dinos Mavropanos, Shkodran Mustafi and Mesut Ozil are all back in the squad and when you consider that five of them are defenders it must be very welcome news for Unai Emery. I know there’s a lot of spotlight on what we do this month in the transfer market, particularly defensively, but as I’ve said a few times before unless a real opportunity presents itself which will allow us to sign a player we really want, then I don’t think we’ll buy a defender in January.

It might be frustrating in the short-term, but it would be far better to shift a couple of players we’ve decided we don’t want then use those funds to reinvest in a higher quality player that we really do. You can’t complain about stop-gap signings being not quite good enough on one hand, and then get behind that kind of signing again in January just because it means spending some money. Which isn’t to play down our need, anyone who has watched us this season can see we have to improve the quality of the personnel, but that means we have to spend right, and summer is probably going to be the best time for that.

The return of Hector Bellerin is particularly welcome, we’ve missed him at right back in a big way, and his absence ought to remind the men who build the squad what we need to do in the summer. It’s not that we’ve become reliant on him, per se, but he’s become so fundamental to the way Emery wants his team to play that without someone similar it makes life more difficult. Stephan Lichtsteiner, with all due respect, can’t do what Bellerin does. It’s the equivalent of driving a sports car then having to haul a Ford Model T around the roads. The skillsets are too diverse.

I also suspect the availability of so many central defenders might see us stick with a back three for the foreseeable future, unless Emery decides that there’s a solid pairing from the players he has. It’s hard to see what that might though, and if we’re going to try and integrate Mavropanos a bit as the season goes on, then using three centre-halves makes that a little bit easier. I’m curious to see what kind of an impression he might make, although I’d urge some caution over a player with so little experience. The way some people talk about him it’s like he’s a gigantic Greek bandage that will make everything better at the back, when in reality he’s just turned 21 and has barely played any top flight football.

Nevertheless, as defensively difficult as things have been this season, a large part of that in recent weeks has been the unavailability of personnel. We’ve had to send out makeshift defences which have exacerbated the quality issues we have anyway, so hopefully with everyone now fit, Emery can start to produce performances which give us more solidity and parsimony at the back.

Another little snippet from yesterday was the fact the club took up the option to extend Nacho Monreal’s contract by another 12 months. Whether this means we’ll be in the market for a left-back in the summer is a question I can’t answer right now, but I do see some sense in the decision to keep an experienced player around. He’s struggled with injury this season, but you assume the decision has been made based on more information than we have available to us as fans. If there were concerns about the frequency of muscular problems, or signs of a marked decline in his physical performance then we wouldn’t have done it.

To me he’s still a better defensive full back than Sead Kolasinac, although the Bosnian’s attacking prowess when playing as a wing-back has been impressive since his return from injury. Monreal can also provide cover as a centre-half in a back three, and while it’s not how I’d ideally like to see my defence made-up, having a player whose versatility allows him to play in three defensive positions is certainly useful.

The return of Ozil from his knee injury is another interesting one. So much has been written and said about him this season, there’s no point going back over old ground. You’ll remember what his agent said the other week, saying all the right things and insisting that ‘He is focusing all of his efforts on getting fully fit, improving his form and consistency, and letting his football do the talking.’

Well, now’s the time where we see the proof of that particular pudding. To my mind, our chances of making the top four are greatly improved if we have Ozil anywhere near the top of his game on a consistent basis. His creativity and vision can make the difference in tight games, and with two strikers like Aubameyang and Lacazette to provide for it’s all there for him to remind people of his talent and quality. I’m not saying any more than that, as his agent said let his football do the talking and we can make our own judgement on that when we see what he does on the pitch.

Beyond that not a great deal else going on. There are more stories about Aaron Ramsey agreeing to join Juventus on a five year deal worth £36m – that works out at around £140,000 per week if the figures are accurate. If that is the case, it’s less than what was on offer from Arsenal who had tempted him with an increase that would have put him on a par with the likes of Pierre-Emerick Aubameyang and Henrikh Mkhitaryan who earn around £200,000 per week. Perhaps it might put to bed some of the ludicrous stories that he was holding out for the same wage as Ozil, which was never the case. I suspect, given it’s a Bosman deal, this might just be his basic salary, and there’s a signing on fee to be paid over the duration of his contract which will increase it but I still don’t believe this move was dictated by money – from Ramsey’s side at least.

He always said he wanted to go and play abroad, and throughout this season his behaviour has been exemplary and professional when his role has been significantly diminished because of the contract situation. There will be more to say when it all becomes official, but I still think he’s got a role to play this season because to achieve what we want to achieve we’ll need all our best players and he is one of them.

Right, back tomorrow with an Arsecast and all the rest. Until then, have a good one.