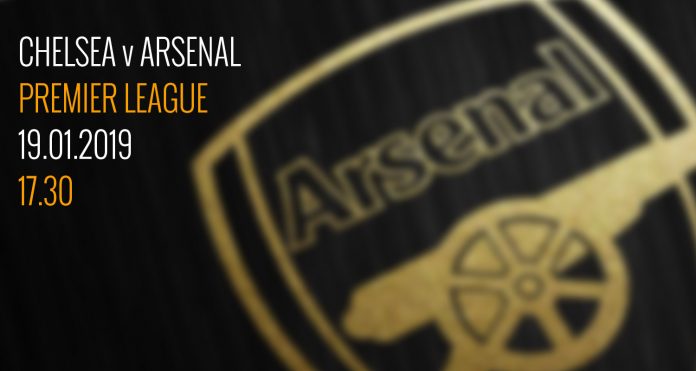 Unai Emery summed up the importance of today’s game with Chelsea, saying defeat would more than likely end our chances of finishing in the top four. As we sit six points behind today’s opposition already, a nine point gap would be extremely difficult to make up so the manager knows there’s a lot riding on today’s encounter.

It feels like a must-win game, because a three point gap changes the complexion of our situation considerably, with Emery saying:

If we win we can be closer to them and continue our way, and I think every player has this ambition and this opportunity to play on Saturday with all we can against them.

What he does with his team today will be interesting, and I think he has to make changes after the last few weeks. I know he’s used a back three to make us more defensively secure, but it really hasn’t done that, and it has also come with the cost of making us less dynamic from an attacking point of view. That’s why I’d be keen to see return to a back four today, and if it were me the central defensive pairing I’d choose would be Sokratis and Laurent Koscielny.

Hector Bellerin is fit again to do his thing down the right hand side, while on the other side Sead Kolasinac’s match-fitness gives him the edge over the recently returned Nacho Monreal, even if the latter is more suited to full back. I think sometimes people are too quick to suggest that the Bosnian can’t play there, as if he hasn’t played a load of football in his career in that exact position, but it requires commitment and defensive discipline. He can do it if he wants to.

In midfield I think I’d find a place for Aaron Ramsey, playing him in front of Granit Xhaka and Lucas Torreira who, for a while, looked like the kind of midfield partnership we’ve been missing for a long time. It’s not perfect, the Swiss international is capable of moments which leave you scratching your head/cursing the gods, but it’s the best we’ve got and it’s worked well in big games already this season.

They were both excellent in the 1-1 draw with Liverpool in November, and in the 4-2 win over Sp*rs – the last game we can really said to have played well in [I don’t really count Fulham, because it’s Fulham]. We’ve missed the intensity of Torreira in recent weeks, a midfielder who gets us playing on the front foot, and perhaps there’s been some physical issue we’re not aware of, but considering today’s opposition his presence in there will be crucial.

Given injury absences it’s hard to see any other front three than Alex Iwobi, Pierre-Emerick Aubameyang and Alexandre Lacazette, but it does leave us with something of a deficit from the bench should we need to change things around. Of course Mesut Ozil has been in full training and is an option. I’d probably be a bit surprised if he was to start today, all things considered, but then Emery’s team selections have often had a wildcard in them, so you can’t rule it out 100%.

If injuries and the festive schedule took a lot out of this team, the last two games have allowed Emery a full week of preparation, and a chance for the players to recharge their batteries a bit. We saw scant evidence of that last weekend against West Ham, a cautious, conservative Arsenal played like a team running through treacle, and again I return to the back three which I don’t think they ‘get’ in the same way as Emery’s preferred formation, or some variation of that.

At the very least today we need to see a team that has a clear game plan, and is willing to put in the work to make it happen. It would be nice to see us actually turn up in the first half because our generally insipid displays in the first 45 minutes have been a hallmark of Emery’s tenure. However you might commend him for his ability to turn things around in the second half, this remains a considerable problem, not least because it always feels like you’re fire-fighting rather than controlling a game.

A first half today which signals our intent would be very welcome. A game in which we’re not desperately trying to make else something work at half-time would go down very nicely, and we should remember that despite our recent indifferent form, we’ve generally played well in the big games at home. The opening day against Man City aside, we went toe to toe with Liverpool, and beat Sp*rs, so hopefully we see something similar today.

Emery and the players will know just how vital it is to get a result today. We need to a response from them after the West Ham defeat and the fact we’ve let things slip in recent weeks. So much of that 22 game unbeaten run came down to effort, because you could count the days we played really well on one hand. We rode our luck along the way, for sure, but we also made our own luck by competing properly in key areas of the pitch, and we need to see a return to that today. If not, a good Chelsea team will find a way through this defensively dodgy Arsenal.

It feels like a must win, as I said, but above all else it’s a must not lose. I hope that doesn’t inform Emery’s team selection as much as I might fear. It’s not to say we should throw caution to the wind, but at home we need to take the game to them, and have some confidence that the attacking elements of our team – the strongest part of it – can produce what we need. If it can, the three points today might just give this team the kick-start it needs.

As ever, we’ll be live blogging the game, so join us for that, as well as all the post-match stuff over on Arseblog News. For now, I’ll leave you with yesterday’s brand new Arsecast, featuring excellent chats with Philippe Auclair about the state of play at this club right now. Catch you later.