Home Arseblog, the arsenal blog It’s time for Ozil and Emery to do what’s best for Arsenal 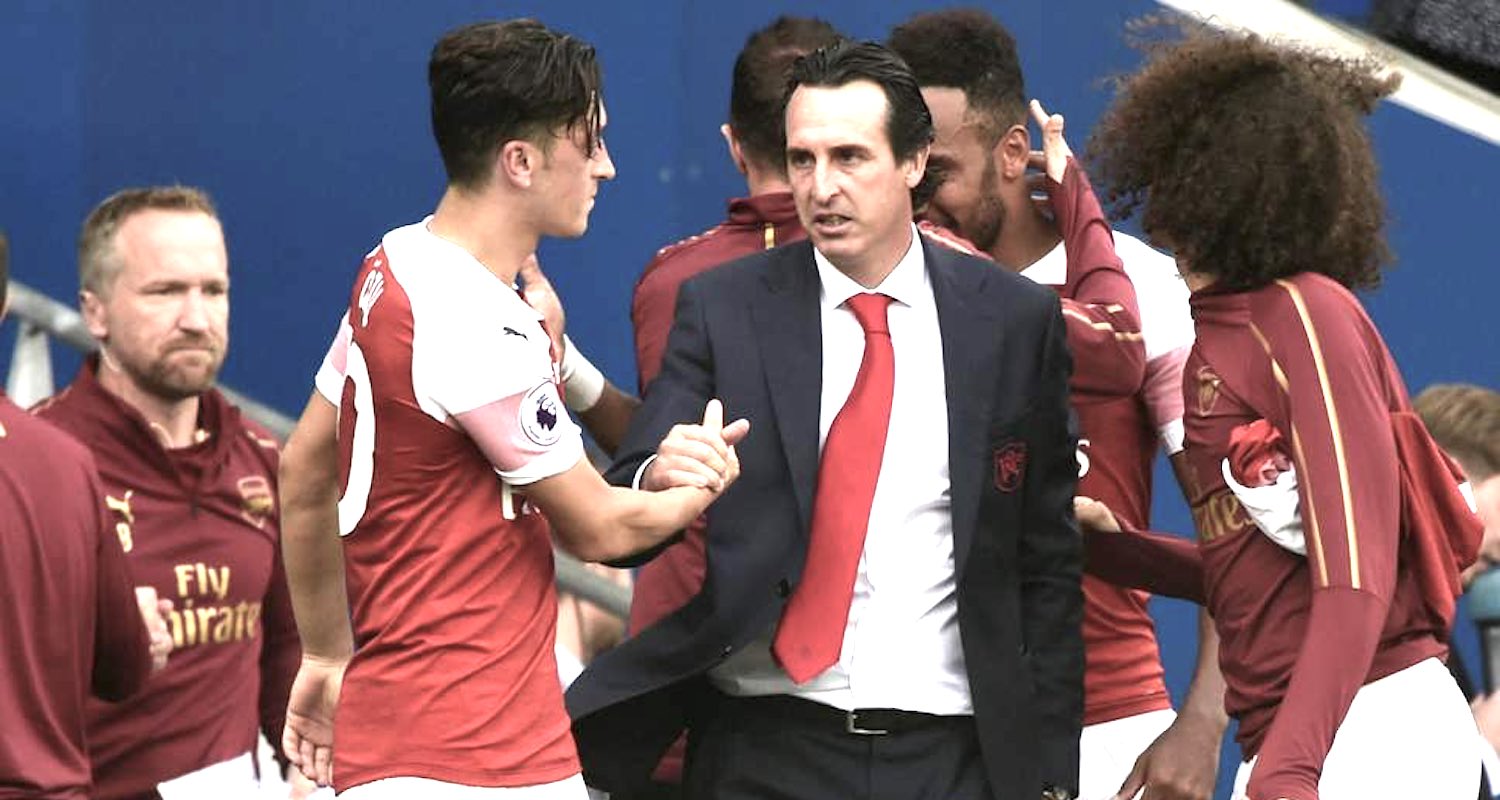 Arsenal face Chelsea tomorrow in a game that will more or less decide whether or not we can continue to fight for a top four place. Win and we cut the gap to 3 points, lose and it’s 9 – and you’d have to think that’s too big a gap to make up between now and the end of the season. Of course we could draw, and chug along looking to make up a more reasonable 6 point gap, but there’s a lot riding on this game for Unai Emery.

Performances have been flat of late, and in a big London derby we need to see a response from him and the players: evidence that he can get his team well prepared and, without wanting to deal too much in intangibles, up for it. In fairness, our record at home against big teams isn’t bad this season. We played very well against Liverpool and beat Sp*rs, and it was always easy to to compartmentalise the Man City game on the opening day.

We’ll preview that game in more depth tomorrow, but it comes off the back of a pretty remarkable revelation made by David Ornstein on Wednesday evening, in which he said that Emery had suggested to Mesut Ozil it would be best if he were to leave the club. His stance is seemingly backed by the Arsenal hierarchy, but it’s not an opinion shared by the player who has no intention of leaving. You can read exactly what he said here.

It’s not a complete surprise considering how peripheral Ozil has become as the season has progressed, and you don’t need to be a genius to know that things between the two are simply not working out. We’ve been over the possible reasons why that might be a hundred times so there’s no need to go down that road again, but I thought this little snippet from David’s broadcast was quite interesting:

He’s determined to work his way back into the side. The word was he wasn’t doing a lot of the extra work most players were, and he is now.

From the first day he took over Emery preached a message of ‘hard work’ and ‘working hard’. It’s been a consistent theme throughout his career, and players who haven’t bought into it have found themselves sidelined. I don’t believe the Ozil case is quite as black and white as that, there’s definitely been a personality clash over other issues, but if the net result is greater focus and commitment from the German then I think that’s the best we can hope for between now and May.

Even if we really, really wanted to, moving him on in January is nigh on impossible. It’ll even be very difficult this summer if that’s our plan, but this month is surely out of the question. I’m not sure I believe that this was Emery’s way of provoking a response from Ozil but if we get one then it’s time for the arch-pragmatist to consider what’s best for the team and for the club.

A team that badly needs creativity could use Ozil, even in a limited sense, and we have, at the time of writing, a lot to play for. It would protect the value of the asset from the club’s point of view, especially as we’re going to have to take some kind of financial hit to make a transfer happen in the summer if it comes to that. And finding some form might well convince potential suitors that Ozil is worth the outlay. It may well be an uneasy truce, but it’s time all parties came together to find some kind of resolution because it could help the team – and that should be the bottom line.

At his press conference yesterday, Emery played down the idea of a January departure, saying:

I’m not thinking about that. I’m thinking about how he can help us this year with good performances. He’s had injuries and not been okay to play matches, but now after these two weeks maybe this Saturday will be okay for him.

And his view of the 30 year old was made crystal clear:

I’ve also spoke to him because I want consistency. He’s had some injuries and these injuries mean that sometimes he is okay and sometimes he isn’t okay. I want every player to give the same work everyday to be okay for every match. With Mesut it’s the same. He didn’t play the last matches but to me he’s just like any other player.

Just like any other player. You can infer a lot from that, I don’t think we need to delve into it because we’re just going around the houses with this situation. It’s hard to see him start against Chelsea, having been out for so long, but an Arsenal team that needs three points on Saturday has a better chance of earning them if we have the strongest squad available to us – and in terms of talent, ability and creativity, Ozil has to be in it.

Emery also spoke about Sven Mislintat, saying he didn’t know if the Head of Recruitment was going to be leaving, but that they’d been working normally over the last few weeks. It doesn’t sound like there’s the kind of frequent contact you’d expect between a manager and the man tasked with finding transfer targets – particularly at this time of the year, so let’s see how it plays out.

As for potential transfers, the Spaniard said:

Sounds kinda familiar, eh? Denis Suarez is the one name that keeps going around, with suggestions a loan deal with a mandatory purchase option is being worked on, but we’ll just have to wait and see.

For some extra reading this morning, Tim Stillman asks if Cesc Fabregas can be considered an Arsenal legend? There’s one that will be debated politely and considerately with absolutely no snake emojis! Feel free to leave your thoughts in the arses on that post.

And for now, I’ll leave you with today’s Arsecast, chatting about what’s happening on the pitch and behind the scenes at Arsenal with @PhilippeAuclair. Sven, Raul, Ozil, Emery, Stan, January transfer window, and lots more. Also, Philippe is involved in a new football app which you can get if you open this link on your smartphone: https://www.toogoal.football/app.

It may not be available in all locations, but if it is, give it a go. Happy listening!