Old Trafford away is Unai Emery’s next big challenge

The dust has barely settled on the North London derby win and we have to put it behind us and go again. Tonight it’s a trip to Old Trafford to face Man Utd, and regardless of their current difficulties this has very often been an unhappy hunting ground for us. Our last win there in the Premier League was in September 2006, although we did beat them at their place on the way to winning the FA Cup in 2015.

Our record there is something Unai Emery is well aware of, saying in the build up:

We know – you maybe better than me – that it’s very difficult to win there. It’s a new match, a new challenge, a big challenge. It’s away and we need to continue improving our mentality away.

At the very least his team will be boosted by the win over Sp*rs and we go into this one with an unbeaten run to protect that goes back to mid-August. There don’t appear to be any new fitness issues after Sunday, although there was no sign of Mesut Ozil in the training pictures so we’re likely to be without him this evening. Of course you could wonder that if Emery considers Bournemouth away too physically intense for the German if he’d have been anything more than a substitute at Old Trafford anyway. A high quality substitute in fairness, but it seems as if this back ache has ruled him out of another important fixture.

As for tonight’s game, as difficult as it is to second guess the Spaniard, I wouldn’t be at all surprised to see almost exactly the same team that started on Sunday. He’s forced into one change due to Granit Xhaka’s suspension, and how he fills that gap will be interesting. I suspect it will be Matteo Guendouzi in a straight swap, but depending on how Emery analyses Xhaka’s importance to how we play he might do something unexpected like revert to a back four and put an extra man in midfield. If that’s the case Aaron Ramsey seems the most obvious candidate there.

Again, keeping something in reserve on the bench so we have the ability to change the game if necessary seems a sensible idea. It was obviously very effective on Sunday to be able to bring on Ramsey and Alexandre Lacazette, so I think this means that Pierre-Emerick Aubameyang will continue up front after his two goal salvo made him the league’s leading scorer so far this season.

Emery was interesting when talking about the striker before this one, suggesting that for certain games he views his qualities as more useful in the latter stages than from the start:

Sometimes his best performance is starting the match on the bench and then playing 20 or 25 minutes.

Tonight, however, with United apparently suffering something of an injury crisis at the back, it would be a strange decision to leave him out of the starting line-up after what was his all round best performance in an Arsenal shirt since his arrival. When you look at his record since he joined at the very end of January he’s scored 22 times and made 6 assists in 32 appearances for the club. Considering how often he’s been deployed in a position which isn’t his best and which doesn’t always get the best out of him it’s a remarkable return – and it’s little wonder Emery is pushing him to improve further because you do feel like there’s potentially more under the hood.

The mood around Arsenal right now is buoyant, and for good reason. The win over Sp*rs was a step forward, and I think everyone felt that from players to fans and the manager himself. There’s no reason why we shouldn’t feel confident going into this game tonight, but as ever when we go there – and particularly when we face a Jose Mourinho team – there’s an element of caution necessary.

When Emery talks about the mentality of this team, and the need to continue that improvement away from home, he’ll be aware of how difficult things have been for us at Old Trafford and how many of the poor results down the years have been as much down to our own failings as the quality of the opposition. Which isn’t to say United haven’t been a strong side, of course they have, but we’ve had something of a psychological block about Old Trafford in the league for some time now, and Emery’s next big challenge – one of many he’s faced so far this season – is to ensure we get something from tonight’s encounter.

His management style, attention to detail and tactical flexibility make me feel that’s much more likely than under Arsene who required a Goldilocks 90 minutes for it to happen. Everything had to be juuuuuuust right, and that’s why we’ve gone over 12 years without a win there. Against Sp*rs Emery’s changes, both in terms of personnel and how we set up were hugely effective. The focus was on the players he introduced at half-time, but the fact he changed formation a few minutes before we scored the two goals that won us the game has flown under the radar a little bit.

It will be tough tonight, no question, but if we can produce a performance that comes close to the one we saw against Sp*rs on Sunday, then we’ve got a real chance of coming back home with a result. Maybe it won’t be all three points, and maybe it’s a measure of how people are feeling right now that it would feel somewhat disappointing not to win, but if we can maintain the unbeaten run then it will probably be seen as a good night’s work in the overall context of the season.

As ever, you can join us for live blog coverage of the game later on: text comms, goal clips, and you can chat with other Arsenal fans too. All the post-game stuff will be on Arseblog News afterwards.

If you’ve already listened to this week’s Arsecast Extra and you need something else for you ears, we have a brand new episode of the Pastcast Extra available for Arseblog Members on Patreon. James and I podcast the 2-1 Champions League win over Barcelona as if it had just happened, and if you sign up you get instant access to all the extra podcasts and articles so there’s a ton on stuff there for you to listen to.

It’s just €5 per month + VAT if you’re in the EU, and you can become an Arseblog Member at https://patreon.com/arseblog. As well as getting all that extra stuff, it supports everything else we do on the site too.

Right, that’s it for now. Catch you later on for the game. 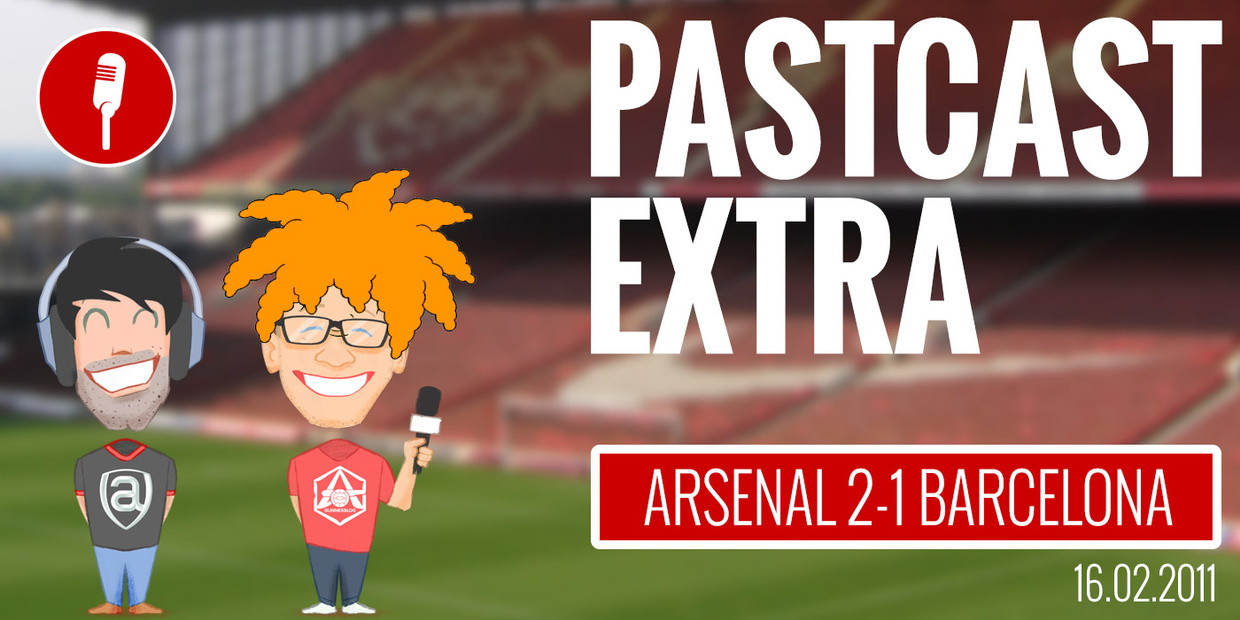