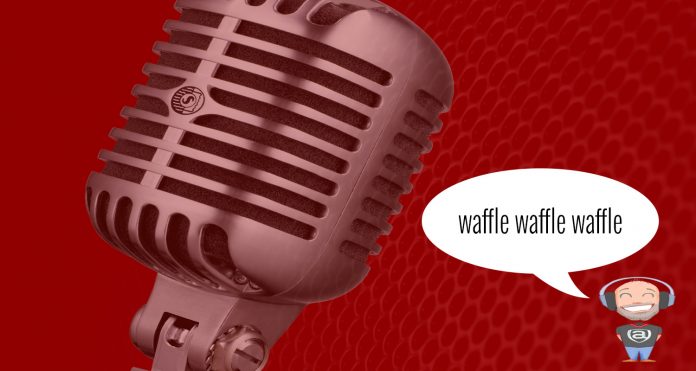 A little over twelve years ago I sat down in front of my computer, propped up a Samson C01U USB mic in an Arsenal pewter mug full of pens and pencils, and recorded the very first Arsecast. At that point, we were still very much in the ‘What’s a blog?!’ era, so it was necessary to explain to people what a podcast, and more specifically an Arsecast actually was.

My first guest was fellow blogger Goodplaya, and the game coming up that weekend was a trip to face Reading. It came the week after Petr Cech suffered that serious head injury, so I thought it would be a good idea to phone up that football club and ask on behalf of Jens Lehmann if he should bring a crash helmet.

“Very good,” said the man on the other end of the line before promptly, and quite rightly, hanging up on me. The sound quality, it’s fair to say, was absolutely shit: the difference 499 episodes later is significant, which is a good thing as you’d hope for some improvement over that length of time. A bit of practice making perfect and all that.

I remember at the time being quite nervous about doing it. At that point I was still very much ‘arseblogger’, without a face or really my name being out there, for no good reason I can think of now other than complete insecurity on my behalf. Lots of people liked the site and liked what I wrote, but the idea that I might be in any way visible was anathema to me back then.

That’s the great thing about radio though, and ultimately a podcast is an extension of that medium to me. You’re still kind of invisible. It’s just you in a room with a microphone, with the added benefit of it not being live so if you record something you don’t like you can simply delete it and do it again until you do. That holds true until this day too!

I spent a good chunk of my teenage life and early 20s on the radio. Ireland’s radio landscape was more or less unregulated back in the 80s, and I used to cycle halfway up a mountain every day during the summer to do 4 hours a day on a station called Signal 106 from a shed in Mike Ormonde’s house (he now part owns legal stations here in Dublin). Add that to Radio Dublin, Kiss FM, and Pulse FM when we all ignored the regulation and kept being radio pirates, before working for licensed outfits on air and behind the scenes in production. I remember the painfully shy Paul McGrath coming in to record a promo and it took ages to do about 3 lines because he was so nervous and I ended up putting it together from various different takes.

So, I always loved being behind a mic, so the podcast quickly became something I loved doing, and here we are 12 years later and I still love doing it. Yesterday I posted episode 500, featuring a fascinating interview with Romain Molina, the author of a new book about Unai Emery called ‘El Maestro’. If you want to learn more about the man and the manager, you should check it out, and you can also win a signed copy of the book too.

When you add over 250 Arsecast Extras with James into the mix too, it’s quite a library, a chronicle of Arsenal over those years. The ups and downs, and I think there were quite a lot of downs considering it started just as we’d moved into the Emirates and begun the incrementally slow journey from a team that won titles, to one that didn’t, and then one that didn’t even compete for them properly. However, as much as I like us to win, if you can’t enjoy football without success, you might as well give up, and you have to have a sense of humour about things too.

Some of it has been really shit, no question, but I’m a firm believer – having watched us lose the 1980 FA Cup final as a nine year old to second division West Ham – that the bad times are in some way character building and enable you to enjoy the good times when they come around again. And they always do, they always have done thus far at least. Sometimes there’s a longer gap between them than you might like, but the thing is we don’t get to choose. We’re Arsenal fans, there’s no changing that, and while trophies and success are obviously the aim and aspiration, there’s a lot more to being a Gooner than that.

Anyway, sorry for the little bit of introspection today. I know we play Sporting in the Europa League tomorrow but there’s no team news yet, that should appear a bit later today, and we can preview the game properly tomorrow after we get that and hear from Unai Good Afternoon One Process Emery at his press conference a bit later on.

I just want to say thanks to everyone who listens to the podcast each week. Whether you’re an old timer who has been there since episode 1; maybe you picked it up after I went out one night and finished the podcast drunk as a lord talking to a basset hound (from 24’30 here); or whenever you started, I really appreciate it, and here’s to 500 more with some more trophies thrown in along the way.

Thanks as well to all the guests down the years who have so kindly given their time, it’d be a very boring show without all you guys, so imagine I’m having a virtual shindig to celebrate and the virtual champagne is free!

Right, news throughout the day on Arseblog News, and you can find episode 500 below, happy listening.