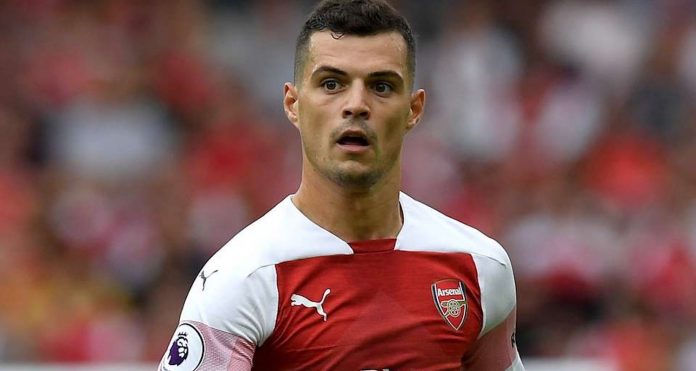 Morning all, welcome to a brand new week in which we can countdown to the fact that the final Interlull of 2018 is over. I have to admit I still don’t really understand the Nations League thing – as I’ve been reading this weekend that teams are reaching the finals next summer. I did not realise there were finals and thought they were just a way of over-complicating qualification for the European Championships.

I suppose a significant part of my lack of understanding is the total and utter lack of research I’ve done. So, no time like the present:

UEFA Nations League: all you need to know

Ok, there is definitely a better time than the present because that’s far too much information for me to take in at this hour of the morning. I’ll try again later. Perhaps*. Ultimately, some Arsenal players have been playing and so far we haven’t heard of any injuries so that’s a good thing. Sokratis played 90 minutes for Greece as they lost 1-0 but the fact that he’s playing is good news.

He’s had an odd start to life at Arsenal. He seemed to be in favour with Unai Emery at the start but as time has gone on, not so much. Of course he did pick up that ankle injury which has set him back a bit, but now that he appears to be fully fit again it’ll be interesting to see what the manager does with the three central defenders he has available to him.

The Greek international + Rob Holding is a partnership we haven’t really seen this season in Premier League terms. They have started four Europa League games together though, and we’ve kept clean sheets in three of them. It’d be fair to say that a lot of that is down to the quality of the opposition we’ve faced rather than their defensive solidity, but I’m curious to see what combination Emery will choose when we get back to action on Sunday. A trip to Bournemouth may not sound the most daunting return, but with just one win five we’re facing a team lying in 6th place so it’ll be no pushover.

Granit Xhaka is another who was on Interlull duty, playing as Switzerland beat Belgium 5-2 (Thierry Henry was obviously the man holding it together for the Belgian management team, eh?). He’s been an ever-present in the Premier League so far this season – along with Hector Bellerin and Mustafi starting all 12 games, and he was the only Arsenal player (I think) to play every game last season.

He spoke during the week about life under Unai Emery and said that he felt he’d improved as a player under the Spaniard:

It’s definitely my best season so far. Without doubt, I think I took another step forward.

And he paid credit to the coaching:

The coach has had an enormous influence. He prepares us all superbly. We have a plan. We know how to implement it with the ball and without the ball. We know how, when and where to stand.

There were some stories doing the rounds that he was a player who found Arsene Wenger’s more free-form tactical approach a bit tough. Some players need instruction, and he appears to be one of them. I also think he’s been pretty good this season in general, but everything is somewhat clouded that high profile error he made against Wolves in our last game. The stat doing the rounds after that game was that no player has made more errors leading to goals than the Swiss international in the last couple of years.

I remember a period at the start of last season where every time he misplaced a pass it seemed to end up with a goal for the opposition, but as poor as that piece of play was the other week, I don’t think it really reflects his form this season. You could ask if a player who plays all the time and is so fundamental to the way we look to build play is always going to rack up more mistakes than someone who is less regular and perhaps a bit more cautious in the way they use the ball.

Emery clearly sees Xhaka as a very important cog in his midfield, and the nascent partnership with Lucas Torreira has to be given more time. They were both very impressive against Liverpool and in terms of their various attributes and styles they seem to be the most natural combination we’ve had in the centre for some time. With Xhaka though, there’s a weight of frustration that comes with him because of the mistakes he’s made in the past.

Torreira would get a ‘hard luck son, better luck next time’ if he made a howler, whereas it’d be a ‘Bloody hell Xhaka, what was that?!’ if he did the exact same thing. There are reasons for that of course, but if there’s one thing you can say about him it’s that he doesn’t let the mistakes affect him. He keeps his head up, keeps trying to play, and at 26 he’s entering the period of his career where, hopefully, experience and maturity will see those kept to an absolute minimum.

When you look at our other midfield options in the squad, we don’t really have a great amount of depth. Ramsey is leaving, Guendouzi is promising but still very raw, Elneny hasn’t played a single minute of Premier League football this season which tells you a lot about how Emery views him, and Torreira is obviously a very different kind of player. As long as the manager needs someone to do the job Xhaka does, he’ll remain a fixture in the starting line-up unless we go out and buy someone else.

And with transfer funds minimal due to our lack of Champions League football, a large wage bill, and some carelessness when it comes to letting valuable assets leave without commanding a fee, I think there are other areas which will get priority when we do dip into the market.

Right, that’s your lot for this morning. James and I will be recording an Arsecast Extra for you a bit later on. If you have any questions or topics for discussion, please send to @gunnerblog and @arseblog on Twitter with the hashtag #arsecastextra and we’ll get to as many as we can.