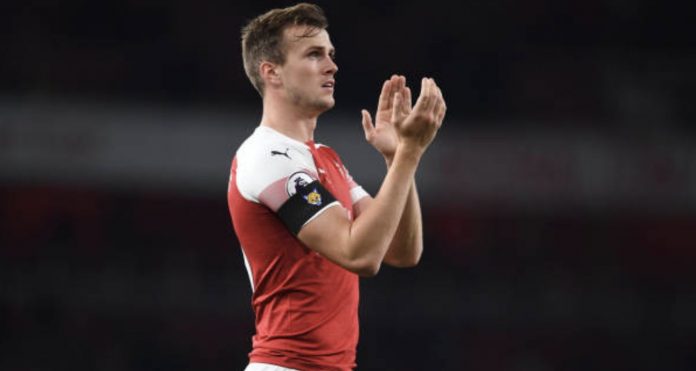 If the fixture list at the beginning of the season threw up two very difficult fixtures to start the campaign, what we’ve had to face subsequently has been relatively kind. Liverpool on Saturday was the first of the big teams we’ve had to face since then, while the rest of this week – before another Interlull – gives us two home games which should enable Unai Emery to manage his squad ahead of another challenging period in early December.

On November 29th we have to travel to Ukraine to play FC Vorskla, a trip which requires a long road journey after a long flight. Following that, we have a North London derby at home on Sunday December 2nd and then a midweek trip to face Manchester United at Old Trafford on December 5th. In Premier League terms, those are two serious encounters for which we’re going to need a squad as fresh and well rested as possible.

The good news is that Thursday’s game against Sporting Lisbon could go a long way to allowing the manager to keep his big guns, so to speak, at home and rested for the double-trouble as a win against the Portuguese side would see us top the group with two games to spare. While I’ve been more or less on board with the way he’s approached the Europa League this season, playing stronger teams than we might normally see, if we have already qualified as group winners it would be a real opportunity missed if we didn’t rotate heavily for the Vorksla game.

Do we need to bring players on a long journey, perhaps not even playing them, when they could be recharging their batteries at home? I don’t think that would be the wisest choice, and although I understand that he wants to create a competitive environment in the squad and keep up momentum, we need to realistic about what we want to achieve this season.

The goal is Champions League football, that was made clear by Raul Sanllehi in his recent interviews, and I think our chances of achieving that are greater via a top four finish than by winning the Europa League. We showed on Saturday against Liverpool that while there might still be a gap, it’s not as wide as everyone thought it was, and thus games against other contenders for the top four are of huge significance. Take some points off Sp*rs and then United, and we do our chances of finishing in the top four some real good – whereas a thumping win over Vorskla when we’ve already qualified would be little more than stat padding.

That’s why I think two home games this week are helpful in that regard. We can pick a pretty strong side for Sporting on Thursday, looking to take the three points we need, and then again on Sunday against Wolves knowing we’re going into an international break – and these days we seem to have more players staying ‘at home’ during the Interlulls than we did in the past. After that, of course, things start to get a bit mental with December and the festive period – I’m very interested to see how Emery deals with that kind of fixture pile-up for the first time in his career – but let’s cross this week’s bridge first and hopefully we’ll be in good shape on the other side of it.

Meanwhile, I wanted to talk a little about Rob Holding and his recent form. I think there’s something very encouraging about what the young Englishman is doing this season. Away from the spotlight and without too much fuss, he’s putting in a run of performances which show genuine consistency and a confidence that comes from a run of games. His numbers against Liverpool were excellent: 4/6 tackles, 6 ball recoveries, 7/7 clearances, 3/3 headed clearances, 2 interceptions, 0 fouls, and he made 74/81 passes (91.4%) against a front three widely considered to be the best attacking unit in the Premier League this season.

I thought it telling that he was the one who sat out the Blackpool game in the Carabao Cup despite a dearth of options at centre-half, and like other young players in this squad he appears to be making some genuine progress under Unai Emery. Hector Bellerin and Alex Iwobi are two men who have come in for some criticism over the last 12-18 months, but whose fortunes have been turned around through hard work and a consistency in their performances that they struggled to find previously. It might be a more structured tactical approach to our football, or just the fact they’re receptive to something that’s new and different, but it feels like what Emery is doing really works for them, and I think we’re seeing the same thing with Holding.

Here’s something to look out for as well, and it was very noticeable to me from the stands on Saturday. When Holding passes the ball to a teammate, he does so with real pace on the ball. This isn’t to criticise Shkodran Mustafi by the way, who I thought did well against Liverpool, but there was a real difference between the two – particularly when they passed it between them. The German’s passes tend to be slower as they arrive at the feet of a teammate than Holding’s, and this might mean very little, but that half a second or whatever it is when the ball comes to you with a bit more power can be the difference between having an option the other side or not.

I accept this could be me reading far too much into something most people find irrelevant, but it was consistent throughout the game, and I think it can contribute to the momentum of the team. What’s more important is how he’s defending, and I think we’ve seen improvements in his reading of of the game and his awareness of danger, so while it’s easy to measure the contribution of players who are involved in goals and add something to our attack, it’s very welcome that we’ve got someone making strides at the back too.

Ok, that’s more or less it for now, but a small request: Arseblog has been nominated for Best Fan Media at the Football Supporters Federation awards this year. We’re up against some quality opposition, so if you could give us your vote that would be very welcome. There’s also the chance to vote for Beth Mead as Women’s Player of the Year and Alex Scott for Pundit of the Year, so there’s a bit more Arsenal to get on board with too. Click here to vote.

Thanks in advance, and I’ll be back tomorrow with more.

Full backs, playing out from the back, and early season stats