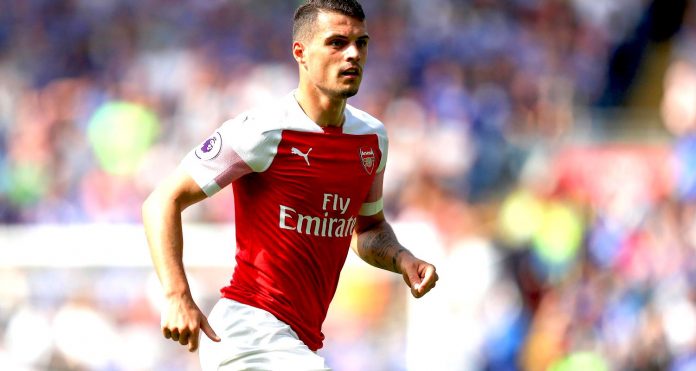 As someone who watches the majority of Arsenal games on TV, it’s always interesting to see the stuff the cameras don’t show you when you go to a game. The off the ball movement of players the far side of the field; communication (or lack of) between players; what the manager is doing on the sideline; and all the other bits and pieces that don’t end up on the broadcast coverage.

The flip side of that is for the most part you only see most things once, although if you squint at the big screens in the stadium you do get replays of some things, but the quality of the picture is so poor that it’s difficult to make out exactly what’s happened. Can Stan invest in some new 8k OLED technology there please?

So what you get when deprived of replays from various angles, slow motion, HD picture, seeing things over and over again, is quite different from what you get when you watch again and you can see who was involved or not so involved in the way we played. It changes your perception. I thought Mesut Ozil was ok on Saturday, but having watched again I think he was better than that. I thought Alex Iwobi did well when he came on, but on second viewing he was even more impressive than I thought.

Very often I’ll look at stats immediately after the game to see if what I thought was borne out by what the numbers say. Sometimes they match up, sometimes not so much, but you get this immediate confirmation or clarification which then shapes how you think about the performance overall and of individuals. So, I’m a bit struck by how reliant I’ve become on the technology that is part and parcel of football these days. It’s not necessarily a bad thing or a good thing, but it’s just interesting to me.

The big takeaway for me from Saturday though was the control we had over the centre of midfield, something I thought at the time and something that is true after another viewing. The growing influence of Lucas Torreira in this team is fantastic to see. Game by game he is becoming more and more important and as James and I discuss on the Arsecast Extra today, he is an example to the players around him.

There was a moment late in the game where he was almost dead on his feet, but he scampered across to provide necessary cover in the right back position. After his work had been done he slumped to the ground and got a bit of treatment, but his first thought was to ensure that he did his job, and that’s the example I mean. He’s superb on the ball and obviously his defensive work is what catches the eye but his previous life as an attacking player means he’s not just a water carrier, but someone who can contribute to the team going forward too.

Torreira winning the ball back twice in 15 seconds. What a special player he is and he's just 22. Man has big future ahead.#afc pic.twitter.com/EmGqDGlNvP

If anyone in this team epitomises the hard work ethic of Unai Emery it’s Torreira and the manager deserves some credit for his demanding nature when it comes the effort we put into games. He insisted that the very least we’d see from his team was physical commitment and that was evident on Saturday when we ran 117.34km to Liverpool’s 115.94km and make 148 sprints to their 126.

These are players who are on board with what Emery wants and, without wanting to cast any aspersions on the previous boss, it’s fair to say that they were not pushed this hard previously. The increased physical capability isn’t just down to the Spaniard, the medical team and the high performance people have got our players fitter and stronger over the last couple of seasons and for the most part they’ve kept injuries to a minimum. I know we have a few at the moment but you can’t avoid them completely and in general we’ve made significant strides in that regard.

The other thing about Torreira is that he appears to be the best fit we’ve ever had as a partner for Granit Xhaka. The Swiss international is a player who has divided opinion, and there’s no doubt he’s had issues with his performances in the past. We haven’t always played him in the best way, many times we’ve used him in a system which exposes the flaws in his game, but too often the issues with him aren’t necessarily structural but lapses in concentration – making mistakes that a player of his quality and experience shouldn’t.

The partnership with Torreira really does seem complementary, the Uruguayan’s reading of the game and combative style means Xhaka has a safety net of sorts, and that’s definitely been a big help. Beyond that though, I think we’re seeing a player who is more focused, who has grown up a little bit and doesn’t react to provocation as much, who sees that the 90 minutes and what he does in that as more important that the personal battles he has got drawn into in the past, and the mistakes are fewer and farther between.

The club showed some faith in him this summer with a new deal and making him one of the captains, and I think that faith has been rewarded. He’s been better this season, and better again alongside Torreira, so hopefully he and they can continue this progress. For the first time in a long time it feels like a really well balanced midfield pair, and for me our ability to go toe to toe with Liverpool on Saturday, and get the goal we needed after going behind, was in no small part down to the way they kept a grip on the game in that key area of the pitch.

For more on Torreira, and the other players who have impressed under Emery this season, check out the Arsecast Extra. James and I discuss the game in some detail on what is, in the cold light of my day anyway, an even more positive result and performance than I thought in the immediate aftermath of the final whistle. There are questions from the listeners and lots more, so listen and subscribe below, and there’s more from me here tomorrow.