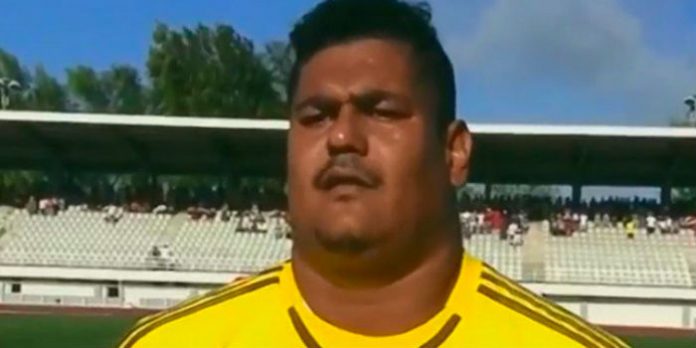 The German, known for his uber-competitive streak, not only kept a clean sheet against Raul’s Real Madrid but when the game went to a shootout he stole the responsibility for the winning penalty from Tomas Rosicky before planting his effort in the top corner.

It was pantomime villain stuff from the 48-year-old and topped off a fun afternoon for a good cause. What. A. Magic.

Afterwards, David O’Leary who was managing the Gunners side admitted he was ‘ready to kill’ the Invincible. For his part, Rosicky just shrugged his shoulders and said it was Jens being Jens. He’d know…a few weeks ago he had a penalty saved by the keeper in his own testimonial!

Away from the Emirates, the Interlull kicked up a gear for our international players. As I mentioned on Friday morning, Henrikh Mkhitaryan missed a penalty as Armenia beat Lichtenstein and Aaron Ramsey scored for a rampant Wales as they thumped Ireland 4-1. Our midfielder celebrated by slipping the ball under his shirt and later revealed his partner is expecting twins. No wonder he’s chasing a big pay rise.

Last night, Danny Welbeck, on as a late sub, thought he’d grabbed a last-gasp equaliser for England against Spain only for his effort to be ruled out for a foul on David de Gea. The United keeper fell over Welbz after jumping high to claim a loose ball and our man spun on a sixpence to net from a tight angle. It looked like the goal had been given only for the referee to change his mind. Spain clung on for a 2-1 win at Wembley.

Granit Xhaka put in a very tidy display as Switzerland went goal crazy against an out-of-sorts Iceland in St Gallen. I caught an hour of that game and Xhaka, who was wearing the armband in Stephan Lichtsteiner’s absence, played very well. In Tallinn, Sokratis played 90 minutes as Greece beat Estonia by a single goal.

All those matches formed part of the UEFA Nations League; a competition with a format so complicated that I’m yet to meet a single person who can explain its intricacies without double-checking google.

Further afield, Pierre-Emerick Aubameyang found the back of the net as Gabon came from behind to draw 1-1 with Burundi in their African Cup of Nations qualifier in Libreville. Interestingly, Stoke’s Saido Berahino, who was named in an England squad four years ago, opened the scoring for the visitors. I hadn’t realised this until now, but the AFCON will no longer be played in January; the 2019 edition, to be hosted by Cameroon, is scheduled for July. That’s a bonus.

Mohamed Elneny played the full 90 minutes as Egypt beat Niger 6-0. Our man, who is yet to feature for the Gunners under Unai Emery, rounded off the scoring in stoppage time courtesy of a big deflection. Mo Salah had earlier missed two penalties.

Lucas Torreira was pictured with an ice pack on his left calf after coming off at half time of Uruguay’s 4-1 win over Mexico in Houston, Texas. The summer signing had started in the centre of midfield but didn’t last the course. Let’s hope it’s nothing serious as we’ve a busy schedule coming up in September.

Of our loanees, Kelechi Nwakali, currently on loan at Porto’s B team was on the bench for Nigeria alongside former Arsenal youngster Semi Ajayi as they won 3-0 in the Seychelles. In hunting for a match report I stumbled across a photo of the home side’s comically chunky keeper, Dave Mussard; a man who looks like he’d be more comfortable playing prop on the rugby field or weightlifting at the Olympics. Brilliantly, it turns out he’s a pastry chef! So to clarify, the guy is a pastry chef, living on an idyllic island in the Indian Ocean who gets to play international football at the weekends…well played sir, you win.

Talking of keepers, Dave Ospina, in exile at Napoli for the season, was between the sticks as Colombia came from behind to beat Venezuela in Miami. In Japan, Takuma Asano had been due to take on Alexis Sanchez but the game was cancelled after an earthquake hit the island of Hokkaido on Thursday.

Some of the Academy boys have been away too, Jeorge Bird has a comprehensive round-up, including updates on Willock, Nketiah, Nelson and Smith-Rowe.

There’s not too much else kicking around. If you missed it yesterday, Hector Bellerin’s interview with Matthew Syed in The Times is well worth a read. He touches on some of the abuse he’s been subjected to since becoming a high-profile figure and why he thinks Arsenal will be different under new coach Unai Emery. If you don’t have a subscription, we’ve a few of the best bits on Arseblog News.