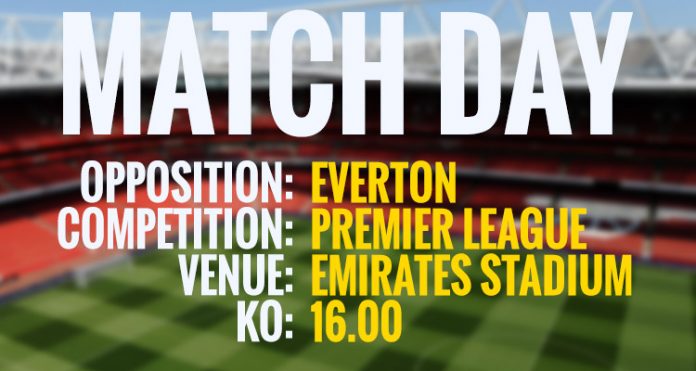 It’s Everton in the Premier League later this afternoon, and a few questions occur to me.

Is it time for Torreira?

Yes. Yes it is. It is time for Torreira. Like a kind of footballing Hue & Cry, I’m Looking For Lucas. There’s obviously a bit of worry about him after he seemed to pick up an ankle knock in the win on Thursday, but he wasn’t mentioned in the medical briefing that appeared on the official site so I’m taking that as a positive sign.

The Uruguayan has impressed each time he’s played this season, and it goes beyond the ‘Ooooh, he’s new and I like him’ kind of impressed that you get with some players and then after a while you think a bit differently. I’m very open minded so I’m not ruling out the possibility that he’ll be absolutely rubbish in 18 months time, but right now I think we need him in the team.

It’ll be him + Granit Xhaka + 1 other at the 10 position, which could be Mesut Ozil or it could be Aaron Ramsey, but that concerns me far less than the base of our midfield which is so important to the way we want to play and protect our back four.

Is it Go-Go Leno?

After starting his first game, did the German keeper do enough to displace Petr Cech in the line-up?

No. No he didn’t. It’d be amazing to me if the elder of our two keepers didn’t start today as he has in every Premier League game so far. You couldn’t say Leno was in any way at fault for either goal he conceded on Thursday, but he was hardly busy enough to make kind of judgement on his performance and quality. Cech continues.

Can Sokratis make up for Mustafi?

Arsenal have, since Arsene Wenger departed, given us greater access to what goes on behind the scenes and in training. I understand fully that what we’re getting is a sanitised version of real life, but in almost every single video there’s a bit where Mustafi is being zany. You might ask what this has to do with him when it comes to playing actual games of football, but I equate these moments of zaniness with those moments in a game when he, you know, just falls over for no reason or gets left on his arse by an average striker.

Mustafi is the kind of guy who goes to a party, puts a lampshade on his head and stands around shouting ‘I’M A LAMP’ until it becomes awkward. He’s also the kind of defender who can play very well, but it’s difficult not to worry about a mistake happening at any time. We have a lot of evidence of this.

People have been impressed with Sokratis in the last few games and I think he has definitely played well. I enjoy seeing a physical, no-nonsense defender and anyone who doesn’t like a good sliding tackle is, frankly, dead inside. The Greek international has displayed those qualities in the last couple of weeks, but the nagging doubt is that it was against teams who weren’t exactly the best we’ll face this season.

Everton aren’t world beaters, but they’re better than Newcastle and FC Vorskla, and they have a decent coach who can, on his day, get solid performances out of his side. This will be a bigger test for the former Borussia Dortmund man, and I’m interested to see how he copes and if his increased understanding of the man he plays alongside will help him make up for what feels like an inevitable ‘I’M A LAMP’ moment.

Can we keep a clean sheet?

As I wrote yesterday, it’s long overdue and it would be a very welcome addition to our statistical record this season. This is a team, despite its obvious teething troubles, that has plenty of goals in it, so a clean sheet would almost certainly mean three points (stand by for a tedious 0-0- now).

Petr Cech will want it, the defenders will want it, and Unai Emery will want it. The boss spoke yesterday about the need for everyone to contribute to our defensive effort, which brings me back to question 1 about Lucas Torreira so I think I’ve pretty much come full circle here.

Let’s hope that the concentration and discipline lasts for the full 90 minutes + injury time, and that we can start to build on the nice little platform we’ve given ourselves with four consecutive wins. A fifth today would be very welcome, not least because it would leave us on 12 points, right up there in the mix with the teams we’re expected to be competing with for a top four place.

Finally for today, if you listened to the podcast on Friday you’ll have heard Amy talk about her upcoming piece with Per Mertesacker, so for some extra reading this morning you can check it out here. There’s a reason why the BFG was one of my favourite players, and it’s not simply because I tend to identify strongly with central defenders for whom pace is not necessarily their greatest asset, but because he always seemed to get it. Right from the very start he was someone who understood this club and when you read the article it reminds you that he was a fantastic player but also a fantastic person.

Ok, live blog later on as ever, you can find that here, and we’ll have all the post-match stuff on Arseblog News.