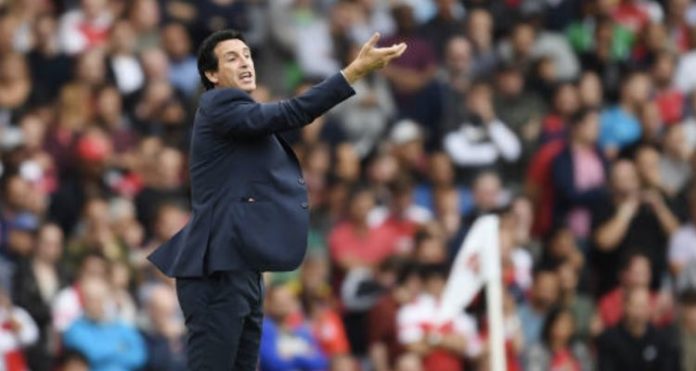 The reaction to our opening day defeat has, in my experience at least, been pleasingly measured for the most part. I know we can all cultivate our own Twitter and social media experience – some might say it’s an echo-chamber which leaves us no room for alternative points of view. My personal feeling on this is that blocking extreme wankers isn’t a bad thing at all because who wants to hear what extreme wankers have to say?

Unless you’re one of those people who enjoys fighting all day with extreme wankers on the Internet, then it’s a pointless exercise, and a complete waste of your time. The worst of the clickbait, wind-up merchants who have controversial opinions for money types, on their shit radio shows or newspaper columns, really add nothing to my football discourse.

There are plenty of people in my timeline who I don’t agree with and who don’t agree with me, but we can do so politely and it’s true that kind of interaction can open your mind to new ideas and make you look at something from a different angle. That’s healthy though. Being bombarded with Tweets about how Arsenal fans reacted to this tiny little thing or this inconsequential thing is no good for anyone. It’s bad for your mind, your heart, your soul and for society in general.

Yet despite one’s best efforts to lead an extreme wanker free existence, extreme wankerism is hard to completely avoid. There are the people who have no time for extreme wankers, but feel that RTing extreme wankers or stories about extreme wankers is somehow productive when we’d all be better off if they ignored them and didn’t give them the oxygen of publicity.

I know it’s hard though. I’ve done it myself, and I’m sure I’ll do it again, because sometimes the wankerism is so extreme you feel like people should see it so we can remind ourselves there are lines you shouldn’t cross if you have any interest in being taken seriously. I still think it’s probably better not to, but it can happen, and thus it seeps into the experience of others, those who follow you or those you follow if they do it. This post is a bit like that because despite my best efforts there was such a tsunami of extreme wankery doing the rounds that it was simply impossible to avoid and it was so crusty and hackneyed that you feel like you have to say something.

The comments by Sam Allardyce yesterday fall into that category for me. I can’t tell you how little I care what this footballing relic thinks of Arsenal, of Unai Emery or, indeed, anything at all, yet it was impossible to go through yesterday without seeing story after story of how he labelled the new manager’s approach to the Man City game ‘stupid’.

He’s now plotting a new strategy for the Chelsea game. He’s seen the light of Allardici.

I’m sure some will agree, saying that trying to play that way against a team as good and as well organised as City would always prove a massive challenge. And it was. It was very difficult. We made some mistakes. We found it tough to come to terms with playing out from the back under such relentless, disciplined pressing – yet neither goal was really a consequence of playing that way.

We did put ourselves under pressure from time to time, but then City did the same at their end near the end of the match. It can happen. A City team who took pelters from everyone when Pep arrived first and insisted that his team play the way he wanted even if it cost them at times. The City fans wanted the likes of John Stones to ‘GET RID’ rather than try and pass it to his keeper near the corner flags, and for a while it did look a bit ridiculous because you wondered when so-called common sense might come into play.

Over time, however, City got better at it. They learned from the mistakes. He coached them more. He got better players in who could play the way he wanted. And now they’re a brilliant team who are favourites to win the title this season, and I reckon they’ll have a good tilt at the Champions League too.

Now, I’m not saying Unai Emery is as good as Pep Guardiola, simply that he too has a style he wants his team to play with. He’s come into a club that has undergone a seismic change following the departure of a manager who has been there for 22 years and which is only just beginning to modernise itself in crucial areas. He’s got to work with Wengerised players, and new signings that he likely had minimal input into.

He’s got to instill new habits into them, a new way of playing, a new way of thinking, a new way of working on and off the ball, and he’s had one competitive game and extreme wankers are calling his methods stupid. Allardcye – a man who weeks after getting the England job had to leave it because of a sting in which he told fake investors he could help them get around FA rules on third-party ownership – is calling something stupid. Walruses in glass houses should not throw stones.

The thing about Arsenal playing like this against Man City is that Emery knew it was going to be difficult. He’s a smart guy, he knows Pep and how he plays, anyone who has watched two minutes of the Premier League knows they’re the best team in the country and that this game was going to test us when we tried to play the ball out from the back. He knew there’d be mistakes and moments when City’s pressure forced us into doing things we ideally wouldn’t do.

And why? As a learning exercise. To take those moments from the City game, to make the players review them via his video sessions, and to teach them how to cope with them better in the next game and the next game and the game after that. How else are you going to improve if you don’t do that? It wasn’t stupid, it was a long way from that. It was planned perplexity because he knew how hard City would make it for us.

It means that this week he can instruct his players what to do in similar circumstances when we play Chelsea on Saturday. And that will add to the education ahead of the West Ham encounter. And so it will go throughout the year, and we should see improvement as it becomes more natural to the players. At the end of the season he’ll know which players suit his team and which don’t and the summer recruitment – to which he should have a significant say in rather than having players handed to him by Sven Mislintat – should help him fine-tune that again.

This was better because it was part of a plan. It’s one that clearly needs some considerable work but, for all the heart in mouth moments, I’d watch Sunday’s performance a hundred times before I’d sit down and watch an Arsenal team play again the way we did in the Carabao Cup final or the subsequent Premier League game at the Emirates.

And while it all develops and hopefully takes shape, I’ll continue to do my best to avoid extreme wankers being extreme wankers because life is too short for this kind of nonsense from these laserbollocked-hypertwats.

For more on the opening day, check out yesterday’s Arsecast Extra, including a very interesting snippet from James regarding the goalkeeping situation. Listen and subscribe below.