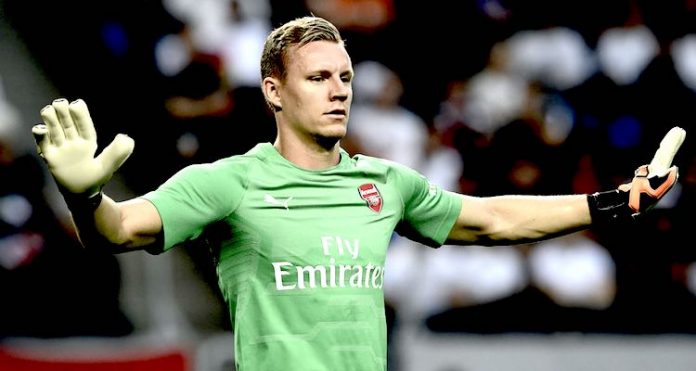 This morning I woke up furious because I had a dream in which Sokratis Papastathopoulos had some kind of authority over me, like a teacher or middle-manager of some kind, and he insisted on knowing which email client I used to send an email.

My feeling on this was that it made no difference and that it was none of his business anyway, but he wouldn’t let it lie at all. Then he tried to steal my puppy and this was the final straw so we got into a pushing and shoving match until he walked away saying ‘Fine, you do what you want’ and I said ‘You better believe I will’, and now I hope he really plays well for us because right at this moment in time I actually don’t like him (which I understand is completely irrational, but there you go!).

As is customary after a defeat, things are a little quiet on the news front, even if a new season has just begun. We await some info on the injury to Ainsley Maitland-Niles who didn’t look in great shape when he went off on Sunday. It looked like a knee problem, certainly not one he could run off, and it wouldn’t be a surprise to me if he was out of action for a little bit, but we’ll hang on until get one of those in-depth updates from the Arsenal medical team.

Remember, the transfer window across Europe is still open with reports from France saying Marseille are interested in Mohamed Elneny. Ordinarily, I would have said that selling a player just a couple of months after giving him a new deal is a thing that just wouldn’t happen – but then we gave Calum Chambers a new deal and then loaned him out for the entire season so you never know. Even if we are willing to sell, the Maitland-Niles situation might ensure it’s impossible to do so.

I also think what we’re seeing a bit of are decisions that have been without the input of the new head coach being ones that don’t really tally with the way Emery is thinking. For example, I doubt one of the first things he did when he arrived at the club – with so much else to do and get on top of – was hand a new deal to a young defender who had only signed new terms back in November.

Someone else made that call and four weeks later after getting to know his players better Emery decided Chambers was expendable. Elneny’s new deal was signed in March, a Wenger decision most likely, but the Egyptian was left on the bench against the champions as the Spaniard decided to play a 19 year old who has played most of his football in the French second division. In as much as it’s a show of faith in Matteo Guendouzi, it must surely raise some questions about how he views Elneny.

Then there’s the fact he picked Petr Cech over Bernd Leno, despite the fact that the German clearly appears to be better suited to the playing out from the back part of the manager’s game-plan. There are myriad reasons you could give for that decision but the one I hear most is about not wanting to throw him in at the deep end so early in his Arsenal career – to which I’ll counter with: Matteo Guendouzi – who is seven years younger was thrown right in and without the benefit of 300+ senior games under his belt.

On the Arsecast Extra this week, James spoke about how he’d heard Leno hadn’t really looked ready in training, so we have a situation where our second most expensive signing of the summer is left on the bench behind a keeper who struggled with a fundamental part of Emery’s game plan – although he did obviously make a fantastic contribution with some great saves.

On Sky Sports, Jens Lehmann was asked about Cech being picked over Leno, and said:

I don’t know how he’s doing in training, but it tells you something if a guy who cost £20m – and has been chosen by the new manager – is not playing.

Ignore the part in bold for now, and I think he’s spot on. Now include the part in bold, and we have separate issue because Leno was not chosen by the new manager, he was chosen by Sven Mislintat. Part of his remit was to identify a new goalkeeper for the club, and although there were optimistic reports that suggested Raul Sanllehi had identified Jan Oblak as the man for the job, the links to the Bayer Leverkeusen man go back well, well before Emery was appointed.

So, while I think we’ve all been enthused by the construction of a more modern set-up to run the football club, we also have to ensure that all of these parts work in harmony with each another. It might well be a case that Leno will become our number 1 keeper down the line. We have a new goalkeeping coach who I’m sure will be working with him – and the other keepers – but right now Emery, who is seeing them every day in training and getting all the feedback from his assistants, prefers Cech – who is not as well suited to the football he wants to play – and I think that does tell us something.

This, by the way, is something I think any new head coach would have had to deal with. When the players brought into a club are not the ones you have completely rubber-stamped there are always going to be issues. Whatever you think of Arsene Wenger’s recruitment – and there were aspects of it that were obviously wildly frustrating – the players were his picks, the buck stopped with him. In this system, the head of recruitment is shielded somewhat by the fact the first person to be criticised for player performance is a coach or a manager and maybe it’s his fault we’re not seeing the player we thought we bought.

I hope that in future transfer windows Emery is allowed to work closely with the recruitment team because in order to get his team to play the way he wants, he’ll need players with specific qualities and attributes, and that has to come before everything else – regardless of how tempting it might be for Sven to slurp from the fountain of Dortmund once again.

The final piece of transfer business is Joel Campbell’s potential departure to Serie A side Frosinone. He wasn’t included in our Premier League squad, and that tells you everything you need to know about how he’s viewed within the new set-up. Best of luck to him out there because after seven seasons at Arsenal, with six loan moves of diminishing success, his time at the club is coming to an end.

Right, that’s your lot for this morning, more from me tomorrow.