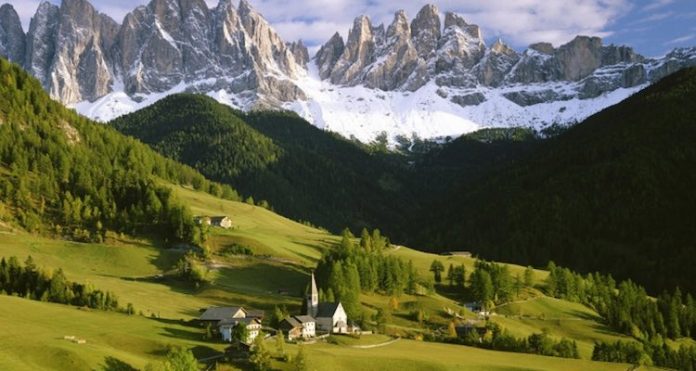 So the chaps are back from Singapore and this week will be on their travels again but in more regular time zones. First up it’s a trip to Dublin for a game against Chelsea, then to Stockholm on Saturday to face Lazio.

The 50 minute jaunt from London to Dublin will feel like child’s play compared to the 13 hours it takes to get to Singapore (and back from there of course), and while everyone understands why tours to far away places take place, there is a downside. Even with things as hassle free as possible, with nice comfy seats on the planes and every other creature comfort provided, travel is tiring and it takes a bit of time to recover.

It’s not a ‘problem’ unique to Arsenal or anything, but it adds another layer of complexity to a time when teams might be best served staying out of the spotlight. It is great for fans at the tour destination, it’s good for the club to connect with them, to enhance the reputation and ‘brand’ – because as much as people might roll their eyes, these things are important whether we like it or not. On a human level it’s good for the players too, to experience different places and to understand how passionate and dedicated fans are all over the world.

You can’t help but wonder if the actual preparation of a football team might be better served away from all that stuff though. I know Arsene Wenger used to long for the bucolic surrounds of the alps, our pre-season training camp in Austria were conducted – for the most part – away from prying eyes, allowing the manager to concentrate fully on working with his team.

Now, we have open training sessions, media events, press conferences, photo-calls, and televised games as marketeers and promoters try to tell us that pre-season games mean something beyond getting ready for the start of the new campaign. This absurd ‘International Champions Cup’ thing, for example, really does sum up the state of football these days.

I mean, this is some of the bumph from their website:

It’s the International Champions Cup, the summer’s biggest club competition, and its mix of megastar glamour and debutante mystery is as compelling a proposition as the game has to offer.

What a big load of old shit. It was clear that the broadcasters of the games were instructed to talk up the importance of the ICC as much as possible. They weren’t commentating on pre-season friendlies, but critical matches with great reward for the victors as the entire world would be watching on in awe at this display of incredible footballing prowess. Yeah, right.

Our interest in the games we played in Singapore was heightened due to the Unai Emery factor, but I’m almost certain that if Arsene Wenger had still been in charge I wouldn’t have watched them. This is a ‘tournament’ designed to gouge fans all over the world for overly expensive tickets, banking on the fact that this will be, for some, their only opportunity to see the team they support live. I say this as somebody who bought tickets for the Dublin game at €65 each, so I know what I’m talking about here!

For a pre-season kickabout with a Chelsea side who will be focused more on the Community Shield this coming weekend, that’s very, very expensive. My choice of course, I could just as easily not feed the beast and contribute to this whole thing, but it’s Arsenal in my home town and what the hell. It doesn’t mean I don’t recognise it for what it is though, and the fact that this morning you can still go onto Ticketmaster and get tickets tell you plenty about what people think of it.

Arsenal are a well supported club in Ireland. Not as big as United or Liverpool by any stretch, but there are plenty of us over here, and plenty go over every season because it’s not, in the grand scheme of things, a difficult trip to make. I suspect the fact that so many go so regularly means that they’ll have decided to save their money for a game that actually matters rather than pay through the nose for a friendly.

But everything these days is a way to make money from fans, and it’s kind of circular. Do these games happen because there’s demand from fans or is it that demand is created by putting them on in the first place? Which came first, the chicken or the very expensive egg (which you can still buy on Chickenmaster this morning)?

However, we live in an era when people’s appetite for football and for their clubs is absolutely insatiable. Every niche is covered across every platform you can think of, and the more there is the more people want. Which isn’t necessarily a bad thing, by the way, and I realise that with this website and Arseblog News, we’re part of all that. Nor am I downplaying the experience of fans who get a chance to see their team, which is great for them. I just worry sometimes that it alters the way people think about what’s important and what’s not.

Losing your shit over the fact we lost a behind closed-doors game to ‘inferior’ opposition in a game you didn’t see and have no real knowledge of is not healthy. This may sound like an extreme example, but it was a thing that happened. I saw people complain about the penalty shoot-out the other day, suggesting that losing to Atletico Madrid was a bad sign, and not simply the end of a training game which will have no bearing whatsoever on this team throughout the new season.

It’s been quite fun to see the new boss and his new methods and tactics and hard work and all that, but it’s important to maintain some distance. Not every single thing is a matter of footballing life or death. Now, if you’ll excuse me, I’m off to finish my #EMERYOUT banner, painted on a sheet, in case we don’t beat Chelsea convincingly enough on Wednesday night in Dublin.

James and I are recording early this morning, so if you have any questions for the podcast, fire them over to @gunnerblog and @arseblog and we’ll get through as many as we can.

Sunday round-up after nobody sees friendly defeat to Villa